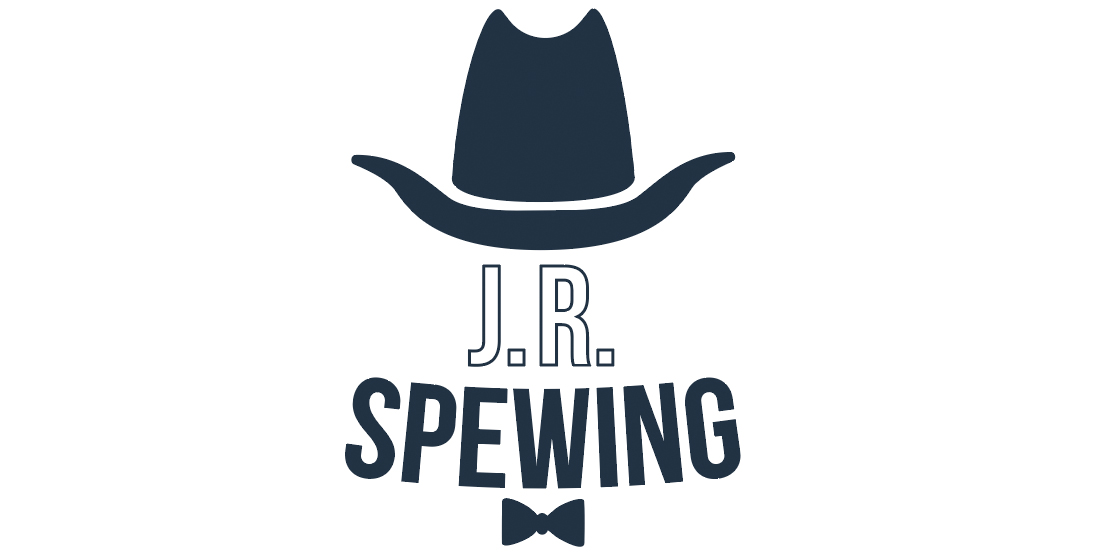 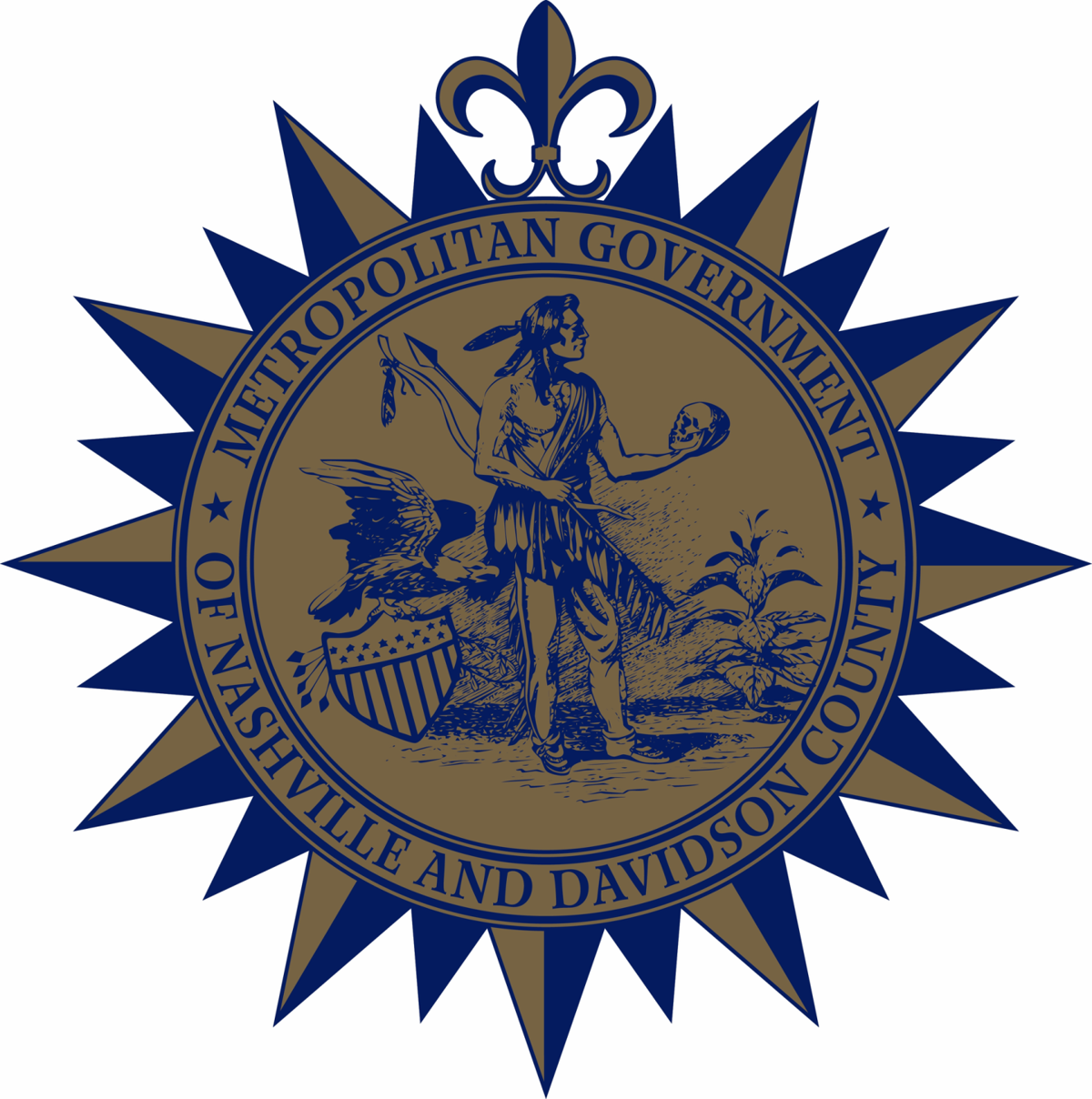 [Editor's Note: We here at the Scene are blessed to work with J.R. Lind, in part because we get to experience — daily — his lengthy Slack screeds expounding his theories on a wide variety of subjects. For example, why The Bellamy Brothers' "Let Your Love Flow" is a Christmas carol, how Dirty Dancing is an allegory about the history of the American left after World War II, and why orderly bison are to blame for our city's transit woes. Rather than keep this bricolage of verisimilitude to ourselves, we've asked him to share some of his declamations with our readers.]

Nashville's seal is badass, there is no question.

Technically, it's the seal of the Metropolitan Government of Nashville and Davidson County, which is an important distinction, kind of, which we'll get to in a minute. It features on the flag (the blue-and-gold color scheme of which inspired both the Nashville Predators and Nashville S.C., the latter of whom should really be called the Tonkers) and on letterheads and various whatnot official documents that flow from the courthouse. You've seen it: It's the circle with the Native American fellow looking at a skull and standing next to a tobacco plant while an eagle tries to pick up his litter behind him.

People ask me about this seal a lot (seriously), maybe because I'm the only person they know who cares about heraldry. Now, technically a seal is not a heraldic achievement, though some governments use seals that include coats of arms (the United States of America, which you may have heard of, is an example). In Metro's case, that's a good thing, because trying to blazon this thing would be nigh on impossible and contain the word "proper" more times than a comedy of manners. All that to say, it's a seal, not a coat of arms, and if you get it wrong in my presence, you're likely to endure a 15-minute rant from me. (That said, the seal does contain a coat of arms — that of the U.S.A., which is what the eagle is trying to pull off the ground, for reasons passing understanding.)

As one might predict by looking at the seal, it was designed by committee. In 1963, the newly formed Metro Government hired three men — Herbert F. Thomson of Cullom and Ghertner (a print shop, the scions of which went on to form property management giants Ghertner & Co.); David Baker of Illustration Design Group; and Harold West, art director of Doyne Advertising Agency — to design a seal. I have no idea how much Metro paid these guys, but it was too much, since all they did was take the old City of Nashville seal, change the wording and add a fleur-de-lis, which is, apparently, intended to be a stylized iris. Why it can't just be a fleur-de-lis is beyond me, given that it's a fairly common symbol for forthrightness as it points ever upwards and honors Nashville's early and extremely fecund French-Canadian settler, Timothy Demonbreun. Two other prominent symbols — the eagle with shield and the tobacco plant — represent the U.S. and prosperity, respectively.

As for our indigenous gentleman, the two most popular and oft-repeated theories — if you are the kind of person who finds yourself in such discussions — are related but distinct. We'll call them the Cummings Theory and the Dark and Bloody Ground Theory.

In 1949, then-Mayor Thomas Cummings decided he'd undertake the project of figuring out what the seal was all about. By then, he was in his 11th year as mayor and, presumably, didn't have anything better to do — like make sure no one was vandalising City Cemetery. So Cummings determined the seal shows Cherokee Chief Oconostota (aka "Stalking Turkey," though his name actually translates to "Groundhog Sausage") giving up his instruments of war after coming to terms with Nashville's founder James Robertson.

I don't want to disparage Hizzoner since he's dead and can't defend himself, but to put this gently — he was full of shit. First of all, Oconostota never gave up his weapons. Famously, he hated all the treaty-making with the European-Americans so much that he and his followers broke off from the main Cherokee tribe, went south and became the Chickamauga. Secondly, there's no evidence whatsoever that Robertson and Oconostota ever met, let alone signed any sort of treaty. Perhaps you could forgive Cummings for screwing this up, but the seal dates from a time when people were alive who met both of those dudes — and if any of them wrote this down, and if Cummings found it, he didn't bother to tell anybody he had proof. Coincidentally, Oconostota may be responsible for the name of Defeated, Tenn., as it is named for an ignominious 1786 defeat of white settlers by a group of Cherokees, who may have been led by Oconostota, or possible Dragging Maw. Or maybe someone else. No one wrote down the details, because the settlers were mostly dead and Sequoyah didn't invent the syllabary for another 23 years.

As for the Dark and Bloody Ground Theory, it too is a load of dragging maw. The story goes that at the Treaty of Sycamore Shoals — in which some land speculators made the Transylvania Purchase from Cherokees — Oconostota or maybe Dragging Canoe or even Attakullakulla said the land purchased would be a "dark and bloody ground." Presumably, the man in the picture is holding the skull as a reminder of this prophecy. There's lots of problems with this theory, too, beyond that the connection is pretty tendentious. The quote itself is extrapolated from noted bullshitter Daniel Boone, who wrote that the prophecy of "an old Indian" was verified because the lands of Transylvania killed two of his sons and his brother. The original "Dark and Bloody Ground" thing is unrecorded. And neither "Kentucky" nor "Kain-tuck-ee" means "dark and bloody ground" in any language, no matter what Uncle Ricky from Hopkinsville tells you.

Further, if our centerpiece man is being threatening, he's doing a terrible job of it, since his bow is unstrung and his spear is pointed behind him.

Besides the fact the legend is just that — a legend — it wouldn't make much sense to honor Sycamore Shoals on Nashville's seal. The Transylvania Purchase did include a good chunk of northern Middle Tennessee, but only to the north bank of the Cumberland and Fort Nashboro were (probably) on the south (or west) side of the river. Secondly, no one considers the dark-and-bloody speech as Tennessee's origin story. Kentucky, though, boy do they love it. No self-respecting Tennessean would have wanted to commemorate Kentucky when designing a seal.

Plus, Tennessee has a much better candidate when it comes to apocryphal speeches as origin stories, with good Presbyterian and abolitionist Rev. Samuel Doak's alleged sermon and prayer to the Overmountain Men before the Battle of King's Mountain. I won't quote the entire thing, but it's a stemwinder and concludes with, "Help us as good soldiers to wield the Sword of the Lord and Gideon." As far as inspirational epigrams go, it's good one (better than "brick by brick" or "anchor down"), and the ragtags did take down a bunch of nogoodnik Loyalists and redcoats, so it worked (though they may have just gone gung-ho into battle in fear the good reverend would start sermonizing again).

So what does this fellow represent? Sadly, it is not a commemoration of the first performance of Hamlet west of the Appalachians, as much as I want it to be true. It's possible that the symbolism was so self-evident to 19th-century brains that no one felt the need to explain it, thinking everyone would get it 200 years later. Imagine trying to explain the monocle-man emoji's deep layers of meaning to someone in 2219. They'd never get it. Same thing.

Carole Bucy, our esteemed county historian, told WPLN that it may be a "memento mori," a sort of reminder that no matter what happens or how much success we have, we are all going to die. She also considered that the skull alludes to the numerous stone-box graves left by the Mississippians and others. Festive!

But as much as I chastened him, Cummings may have been on to something, even if his details are erroneous. Robertson did sign treaties in Nashville — he was the Chickasaw agent and worked with the tribe to woo them to back the U.S. rather than Spain or Britain, an alliance that was critical to the white settlement of what was then called the Southwest. He did so at the Treaty Oak in what is now The Nations (the oak itself is in West Park, near, conveniently, Treaty Oaks Drive). Robertson's term as Chickasaw agent ended when he refused to move from Nashville closer to the tribe, thus starting the grand Music City tradition of refusing to go to Memphis.

So is our unnamed main character Piomingo (or Piominko), who the good Col. Robertson regarded well? Maybe! But why is he holding a skull? That one is probably lost to the ages.