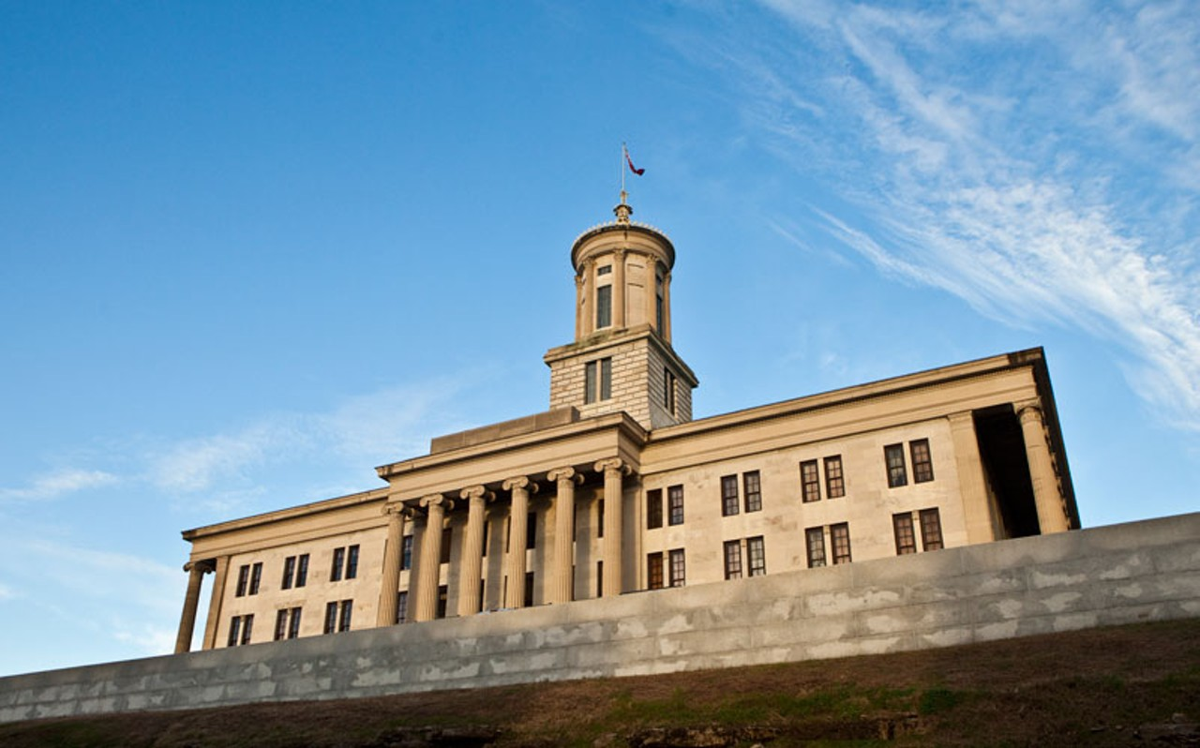 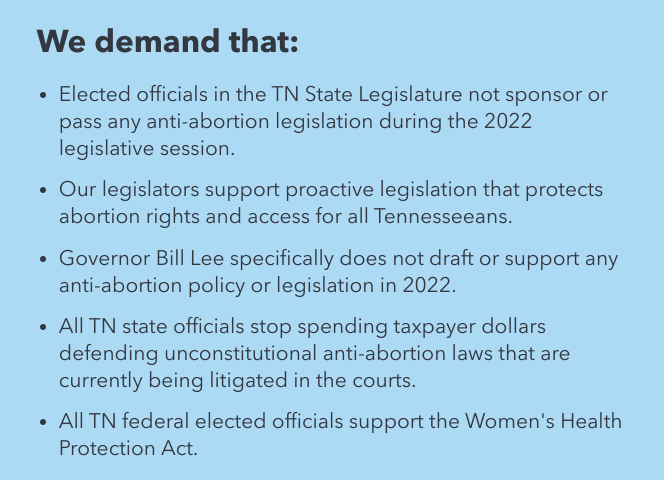 In the wake of the U.S. Supreme Court's decision not to block a new Texas law that all but outlaws abortion, abortion rights advocates in Tennessee have planned marches and rallies around the state on Saturday. In Nashville, demonstrations are planned at the state Capitol, AT&T's corporate headquarters and the federal courthouse.

Tennessee lawmakers passed their own strict law in 2020, banning abortions once a so-called fetal heartbeat can be detected. That's usually around six weeks, before most women know they're pregnant. And medical experts reject the notion of a "fetal heartbeat" because an actual heart begins to form after the ninth week of a pregnancy.

The Tennessee law was initially blocked by a district court, a decision that was upheld earlier this month by the 6th U.S. Circuit Court of Appeals. Gov. Bill Lee has said he has no plans to pursue legislation modeled more closely after the Texas law, although that statement came before the appellate court's ruling.

They also plan to march to AT&T's Nashville headquarters to demand that, among other things, the company stop donating money to anti-abortion campaigns and politicians.

“You can’t be neutral when it comes to human rights," says Francie Hunt, executive director of Tennessee Advocates for Planned Parenthood, in a release announcing the demonstration. "We ask AT&T to honor their commitment to equality and stop supporting extreme politicians who do not represent the values of the majority of Tennesseans.”