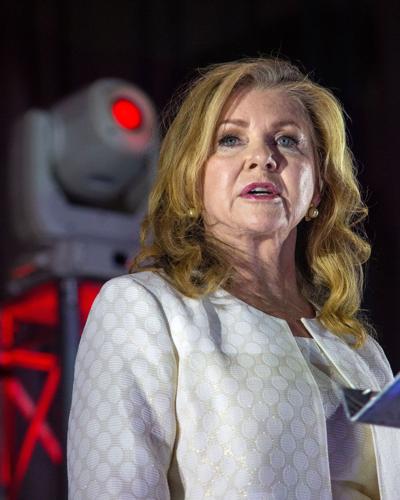 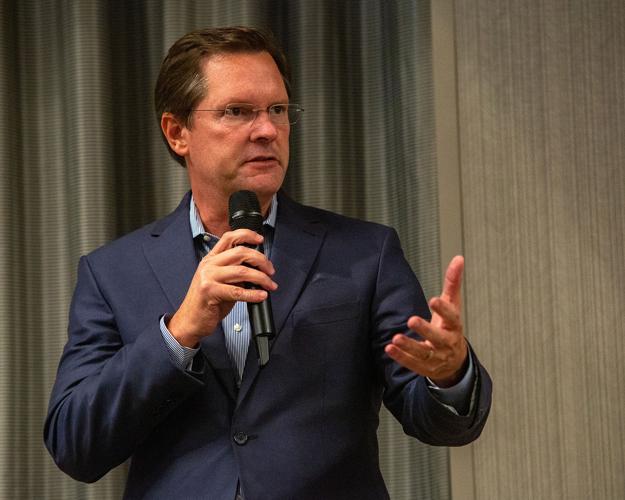 Tennessee can do better than Marsha Blackburn. We have a decades-long career politician representing us in the United States Senate who frequently brings embarrassment on Tennesseans.

Where to begin? Remember when Blackburn grilled Lt. Col. Alexander Vindman, a Purple Heart recipient and Iraq War hero, while he testified during the 2020 congressional inquiry into Trump strong-arming Ukraine over the Russia mess? Vindman’s attorney, a former U.N. ambassador for special affairs, called Blackburn’s actions a “testament to cowardice”  as she tried to discredit Vindman and questioned his commitment to his country.

And we can’t forget her inflammatory interrogations of Black attorneys who were recently up for consideration for some of the most prominent positions in U.S. courts. Memphis’ own U.S Court of Appeals Judge Andre Mathis successfully overcame Blackburn’s comments that he had a “rap sheet with a laundry list of citations” — three speeding tickets received more than 10 years earlier. Was it racist for Blackburn to question whether U.S. Supreme Court Justice Ketanji Brown Jackson, the first Black woman to be nominated to our highest court, had a hidden personal agenda over the use of critical race theory in educational institutions? Many people thought so.

Speaking of education, Blackburn also recently fought to revoke the federal charter of the National Education Association, the labor organization that represents teachers across the nation. How is attacking teachers helpful to our public education system? Was she fighting for more funding? More services for our most at-risk students? Better nutrition standards for school lunch programs? No. She was arguing to revoke the charter of one of our country’s oldest and largest labor organizations — an institution that has protected the rights of teachers and students for more than a century.

Blackburn’s exaggerations over her 2017 town hall meeting in Fairview, Tenn., must also be considered. Remember that one, when she said on CNN that the Fairview meeting had been stuffed with far-left extremist ringers, with fewer than one-third of the crowd being actual constituents? She was continuing a trend popularized by then-President Trump — casting doubt on legitimate dissatisfaction — as she depicted her critics as radical extremists who had infiltrated a small community’s town hall meeting. Blackburn’s comments that, in essence, the meeting had been delegitimized left many legitimate Williamson County residents who had attended the meeting feeling ignored and pushed to the edges. “If she’s gonna go on television and say something like that, she needs to be able to back it with facts,” one well-spoken Fairview resident told NewsChannel 5 at the time. “She has taken what the folks in Fairview viewed as a successful town hall, and she went on television and basically delegitimized it for us.”

Blackburn’s veering to the far-right extreme has simply gone too far. Where has the equitable exchange of ideas, legislation and productivity gone? Long gone are the days when Republicans and Democrats could agree to disagree on larger issues but still get the job done. Simply put, we need new representation in the U.S. Senate. We need someone who can and will listen to logic and reason and will work cooperatively and productively on behalf of all Tennesseans — not just the ones who march to the same drum.

If we are to start from scratch, we should consider all angles. What is their possible statewide appeal? Have they staunchly aligned themselves with Trump? Have they championed moderation and consideration? Would they be able to generate interest in their campaign and draw sufficient fiscal support from a wide array of potential constituents? Do they have proven business experience that would apply to political aspirations? After all, if Bill Lee — a man who ran his grandfather’s plumbing company — can win the governor’s seat, that opens the field to a wide array of businesspeople and community leaders.

We should also consider city officials and members of the Tennessee General Assembly who have clearly expressed a desire to improve their communities and better our circumstances. Tennessee Speaker of the House Cameron Sexton has proven himself to be moderate and well-respected by House members from both sides of the aisle — all while navigating the turbulent waters brought about by state Rep. Glen Casada and his aide Cade Cothren, who were recently arrested as the result of a federal investigation. Conducting business-as-usual is impressive in and of itself in this partisan world, but doing so in the midst of that tumult is a testament to Sexton’s abilities to champion caution and moderation.

Whomever Tennessee elects to the U.S. Senate, we should all hope to be represented by someone whose balanced politics take into consideration the opinions, needs and perspectives of all Tennesseans.

Bill Freeman is the owner of FW Publishing, the publishing company that produces the Nashville Scene, Nfocus, the Nashville Post and The News.