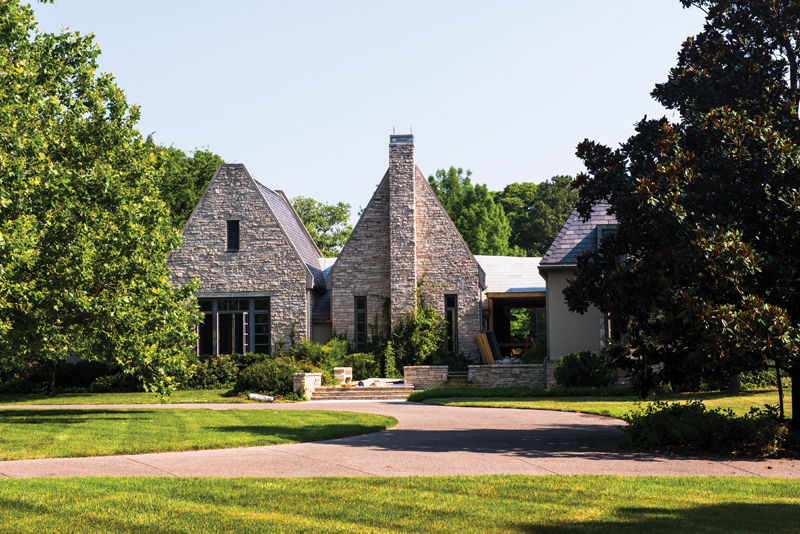 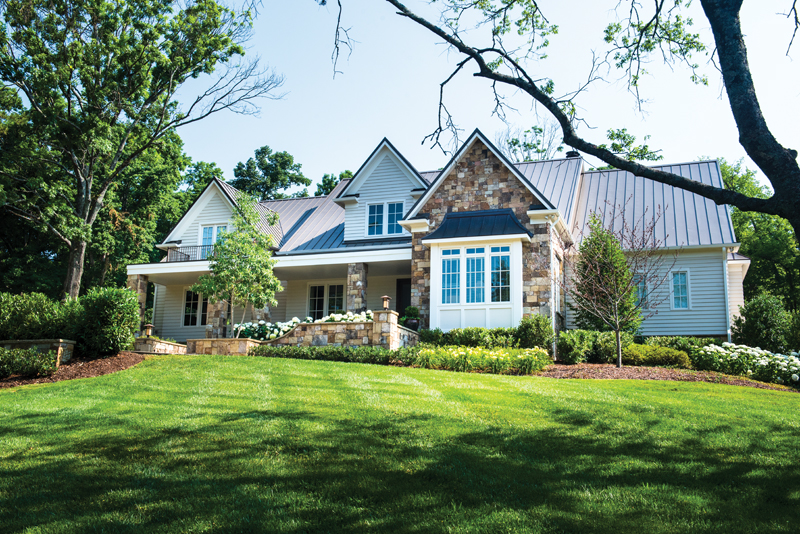 Quite an interesting bunch of buyers and sellers this month, including the founder of country group Sawyer Brown (selling on Sawyer Bend), a pair of hit-making songwriters, a respected producer and a member of Bruce Springsteen's E Street Band.

And there are some notable homes as well, including one of Nashville's first modernist homes and land once owned by the infamous Tony Alamo.

Also, Yoda is possibly involved in one transaction.

As always, these are the top 10 single-family homes sold in Nashville and surrounding counties for May, ranked by price.

The lead singer of Sawyer Brown sells this home, oddly enough, on Sawyer Bend. Songwriter Ashley Glenn Gorley, who has penned 19 No. 1 singles for the likes of Carrie Underwood, Jason Aldean and Luke Bryan, picks up this 8,725-square-foot home on 10 acres in northern Williamson County.

The property includes two barns with 21 stalls, a riding ring, an in-ground pool, a full gym and a full recording studio. The home spent nearly a year on the market and was originally listed at nearly $8 million.

Sellers: Richard and Kimberly B. Shallcross

Lucinda Baier is the CFO of Brookdale Senior Living. Her husband David is an attorney. Richard Shallcross is a CFO himself, holding that position for the Western Group of HCA. The Shallcrosses bought the property for $399,900 in 2005 and built the home the next year.

Built in 1938 for Vanderbilt neurologist Cobb Pilcher — who founded VU's Division of Neurologic Surgery after graduating from med school at 22 and was the scion of one of Nashville's oldest families — in the then-new International style by famed architect Edwin Keeble, Deepwood was one of the first modernist homes in Nashville.

It is now owned by Cromwell William Griffiths, a British businessman.

Owen breaks even and forces a tie at No. 3 with his sell-and-buy. Built in 2000, the home sits on land once owned by the (in)famous imprisoned religious leader Tony Alamo and his wife Susan (who, contrary to an urban legend, was not kept embalmed in the Alamo home; her body was kept instead at church property in Arkansas). The land was bought by Tony Brown in 1998, and the MCA Nashville Records president built the current house, which most recently was owned by E Street Band founding member Garry Tallent.

Given the trust's Dagobah name, one wonders if Yoda himself is moving to rural Williamson County. If so, the Jedi Master gets a 5,766-square-foot home on nearly 39 acres, complete with paddocks, a lighted riding arena and a six-stall barn.

Seller Hampf is a Nashville neurosurgeon.

Built just nine years ago, the home underwent a recent major expansion and now contains six bedrooms, six bathrooms, two studies, a storm room and an elevator that must be impressive, because the listing mentioned it twice, putting it in all caps both times.

Buyer Mark Degner is the new chief investment officer for Southern Land Co. Seller Chris DuBois is a noted songwriter with 15 No. 1 hits.

Buyers: Richard and Kimberly B. Shallcross

The Shallcrosses make their second appearance on the list, this time as new owners of this five-year-old home with a shiplap cathedral ceiling.

Seller Robert Ezrin is a famed Canada-born producer, once described by Alice Cooper as "our George Martin." He also wrote and performed the piano solo on the KISS hit "Beth."

If the folks behind E and A Trust (we'll call them "E and A" for convenience's sake) want to add a pool on the upper terrace level of this home, the plans to do so have already been drawn up.

With walnut floors and a theater already, that could be the perfect addition.

Quite a descriptor from the listing: "This house is farmhouse meets Northern California in style. ... If you understand quality and want a house that will take care of you instead of the other way around, this house will speak to you."