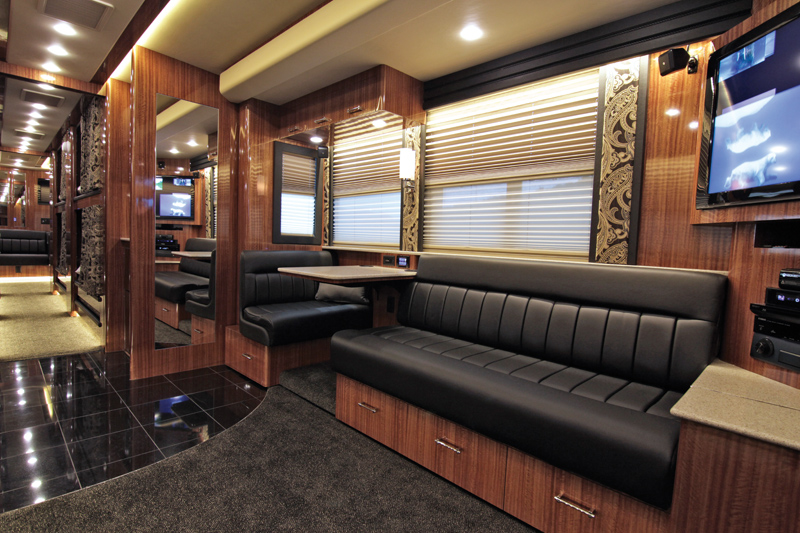 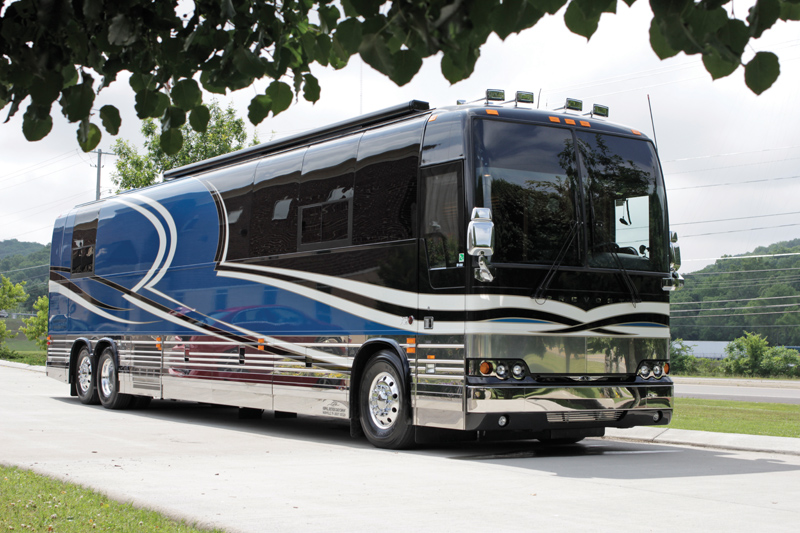 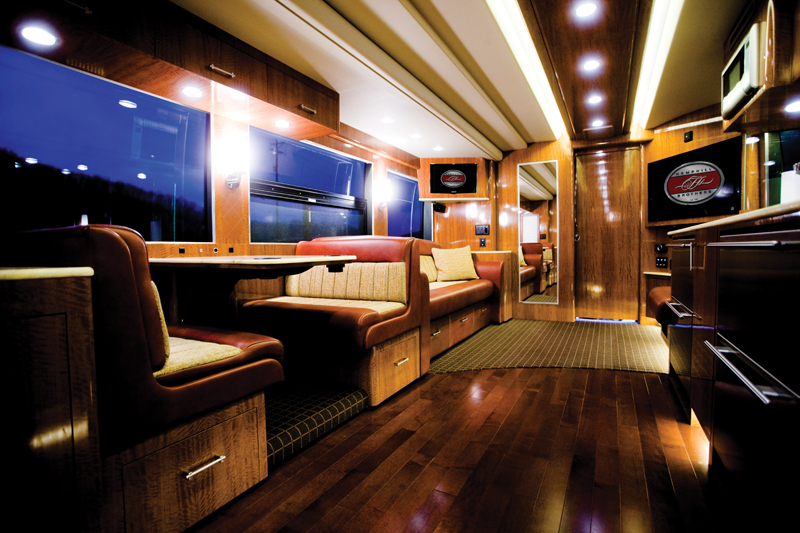 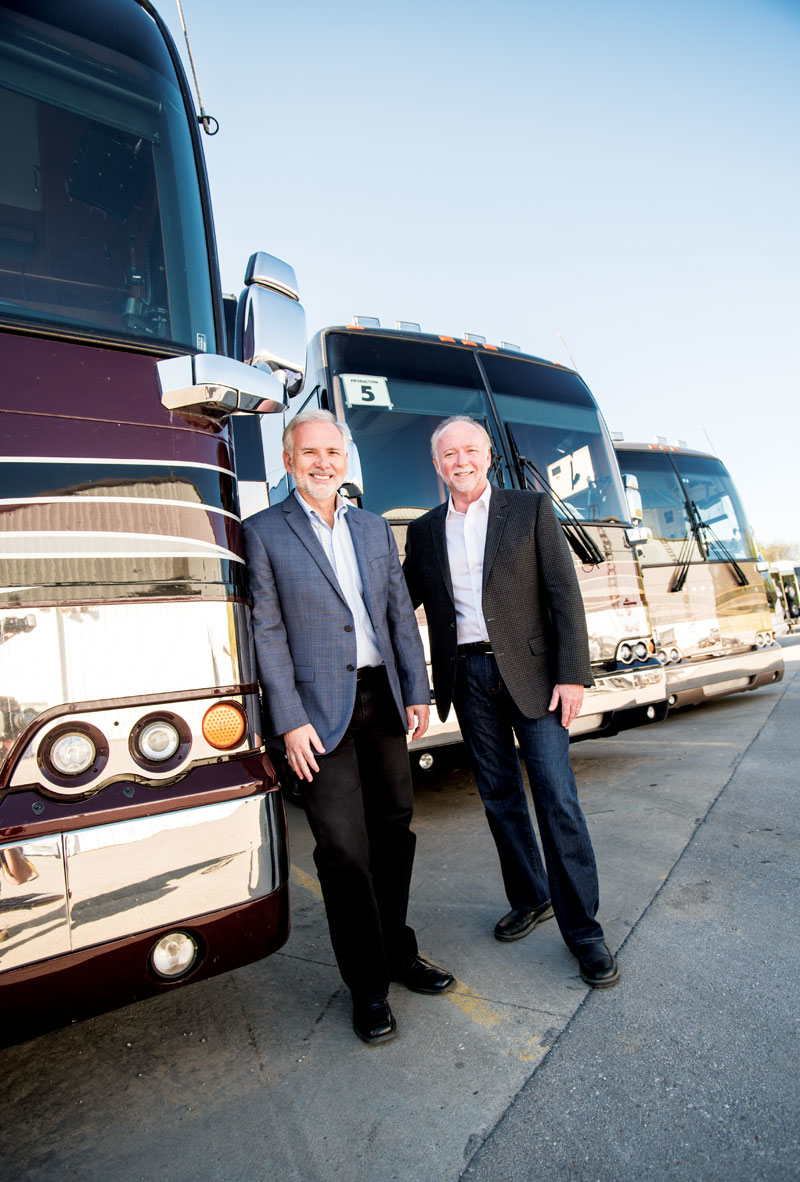 Also part of the Scene's Gimme Shelter issue: stories on the revitalized courthouse square in Columbia, Tenn., a YWCA program that puts victims of abuse in homes they can call their own, a small business that makes home furnishings while giving folks in need a leg up and the award-winning home of Mayor Megan Barry and her husband Bruce.

In January, Madonna will play her first-ever concert in Nashville. But you could say Nashville has already come to her. As Madge's current Rebel Heart Tour, which kicked off in Montreal last month, rolls from town to town on its way to Music City and beyond, the band, crew, dancers and everyone involved in the big-budget production — perhaps even the pop icon herself — will travel in 14 buses leased from Hemphill Brothers Coach Company. The family business, which has operated out of Nashville for 35 years, is one of a half-dozen or so Music City-based bus companies that service the majority of North American touring entertainers.

Brothers Joey and Trent Hemphill, who grew up touring as gospel musicians, founded the company in 1980 with a pair of buses they bought from their traveling minister and songwriter father, Joel Hemphill. Their fleet has grown to include nearly 100 buses, and the company employs 120 drivers, plus 65 full-time staff members at its 15-acre headquarters in nearby Whites Creek, Tenn. When the Scene visits, only a handful of those coaches are on the lot — most are out on the road.

Over the years, Hemphill Brothers has custom-designed, leased or sold buses to pop stars like Justin Timberlake, Taylor Swift and Janet Jackson, arena-rock mainstays including Mötley Crüe, Rush and Van Halen, and country stars like Kenny Chesney, Dierks Bentley (who knows pretty much the entire Hemphill staff by name), George Strait and The Band Perry. They've also worked with Good Morning America, Will Ferrell, Oprah Winfrey and Pope Benedict XVI. The Hemphills have had career-spanning, decades-long relationships with many of those clients. At Maya Angelou's funeral last year, they sat with the family of the noted poet and activist.

"We've done all three of Tina Turner's farewell tours," Trent tells the Scene with a laugh.

Hemphill also provides buses for a different kind of rock star: politicians. John McCain (remember his famed "Straight Talk Express"?), Sarah Palin, George W. Bush and Gov. Bill Haslam have all been clients. The company has also purpose-built two buses for President Obama. Both are now property of the Secret Service and still in use.

"[Politicians] normally like more seating," Joey explains. "[Their buses] have a lot of features we can't talk about."

Luckily, the Hemphills — who hazard a guess that 50 percent of their business comes out of Nashville — can discuss some of the features they've customized for some clients, who covet creature comforts on the road.

"Some artists will live on the bus and not even get on an airplane, and that could be the biggest tour on the road that year," Trent says, noting one unnamed superstar who prefers to sleep on her bus while it's parked at the Ritz Carlton, where the driver gets to crash. "We've kind of developed a 'star bus,' which is like a high-end hotel on the road."

The Scene just missed Merle Haggard when touring Hemphill HQ. The Hag had come by the same day to check out a new coach the company built for him. Haggard has a lifelong love of trains, so Hemphill outfitted his bus with a train horn. When brakes are applied, a sign lights up that says "The Chief," a tribute to a legendary early 20th century locomotive.

Marty Stuart wanted a bus upholstered in hand-tooled leather, and he got it. "We had to find a guy who makes saddles to do that," Joey recalls. "Then [Marty] decided he wanted some barnwood in there," which sent Hemphill on the hunt for a dilapidated barn. "These barns that are falling down, they're not as easy to push down as you'd think."

While some stars opt for functional features like recording studios (ABC News had Hemphill customize a trio of mobile broadcast studios; Harry Connick Jr. had a piano put on his bus), others outfit their "star buses" with tanning beds, hot tubs, goat-hair beanbag chairs and steam showers. Taylor Swift (a Hemphill client since she was 14) had a foldout treadmill on her bus. Chris Brown had his bus done up like a rolling nightclub, with a badass sound system and track lighting triggered by footsteps. "He saw the movie Avatar," Joey recalls. "So he wanted it to be like Avatar."