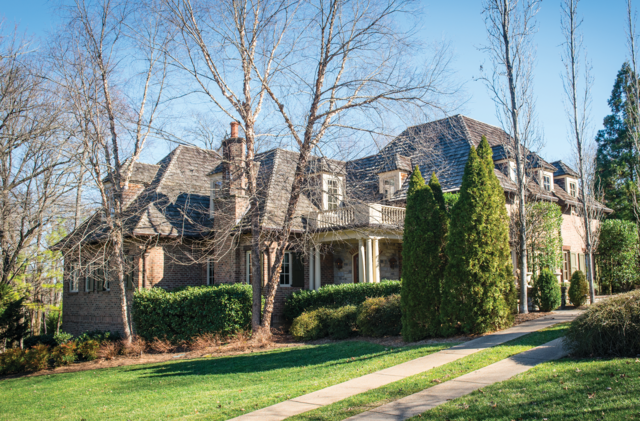 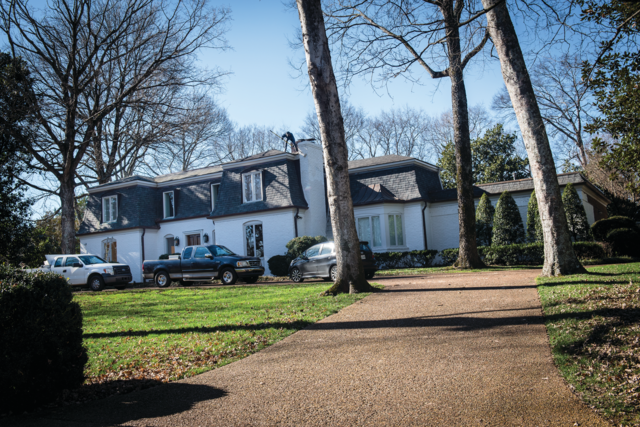 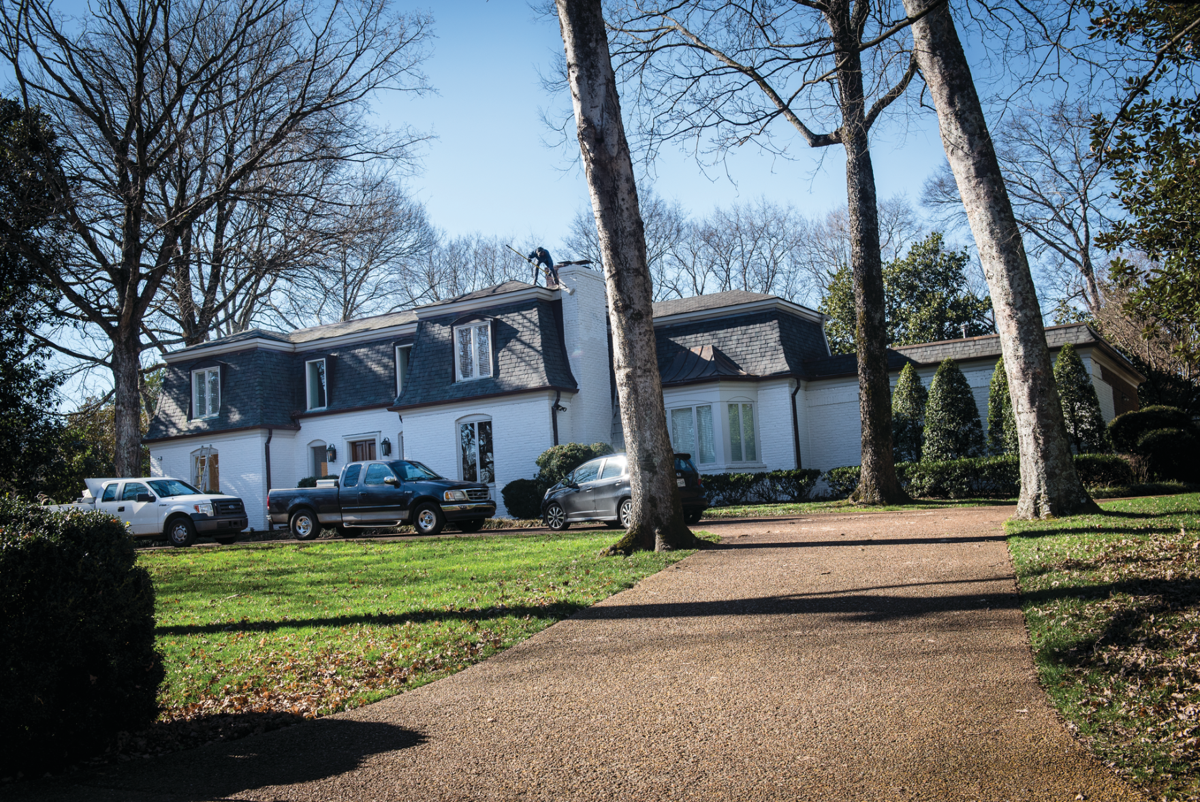 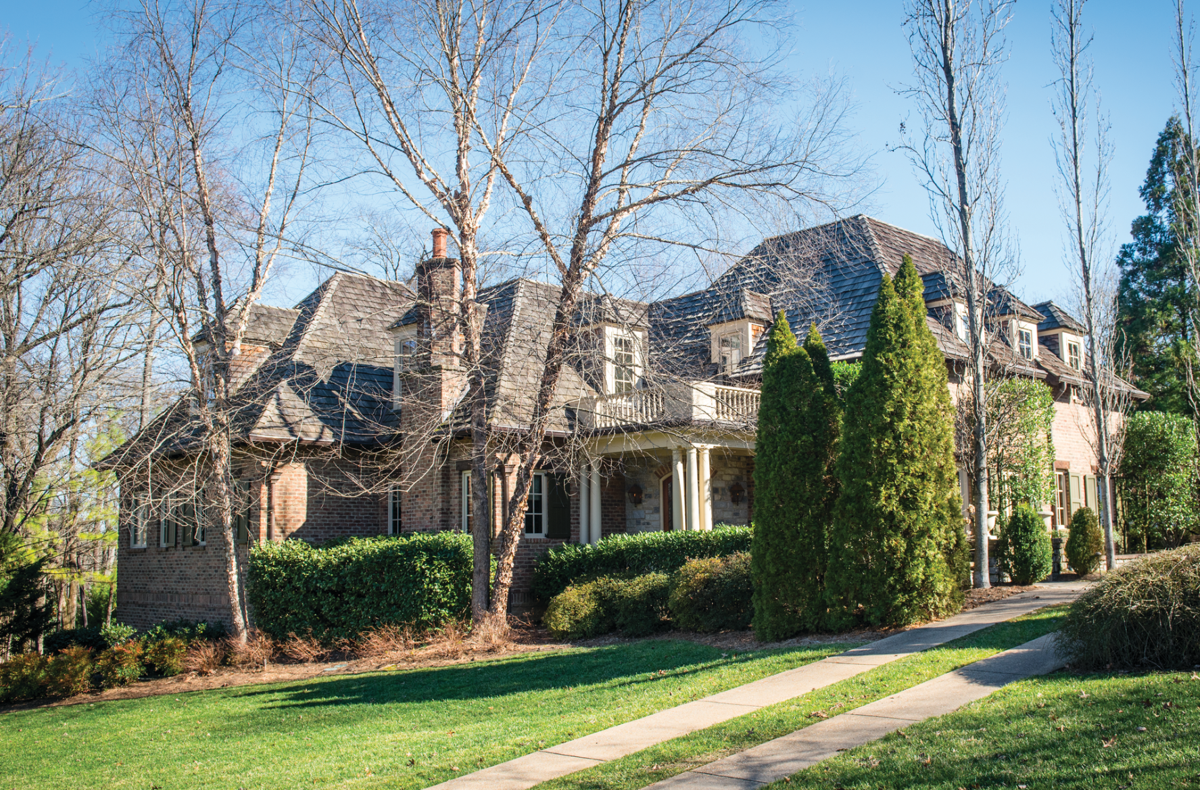 As always, below you’ll find the top 10 homes in Nashville and the surrounding counties sold last month, ranked by price.

Liberty Hill Farm, one of the oldest homes in Williamson County, tops December’s list. Its oldest extant structure — a log cabin built in 1796 — is now a breakfast nook. The property was originally a land grant for a North Carolina Revolutionary War veteran who sold it to a speculator who died before he could subdivide and resell the land. Depending on whose account one believes, that log cabin was built by either William Edmondson (he of the prominent Middle Tennessee family for whom the pike is named, not the outsider/folk artist sculptor) or John Hamer. In any event, the latter’s family held the property well into the 19th century. Hamer had three daughters, but only one, Jane, survived to adulthood, and though she never married, she was called “the Widow Hamer” until her death in 1879. She was known to lend money to neighbors, but was also known to foreclose on them if they defaulted on their debt. After the Emancipation Proclamation, Hamer gave land to five former slaves.

Much of the existing home was built in the 1850s, though it has been extensively renovated throughout its history. The 15-acre property also includes a barn, which serves as a guest house, and riding stables.

Each of the five bedrooms offers sweeping views of Old Hickory Lake. The home wraps around a pool and features a 4,000-square-foot gymnasium. When the house was built in 2004, it used more structural steel than any other house in Middle Tennessee — good news if the New Madrid Fault starts getting frisky again.

New owner Susan Steen is the CEO of Servpro, a company founded by her parents.

Built in 1937 atop Belle Meade’s highest point, this 7,000-square-foot home on two acres spent more than three decades in the Bruno family — John Bruno III, a respected orthopedic surgeon, sold it in 2005. Before that, it belonged to the Starr clan. Among other things, the Starrs helped bring national attention to William Edmondson (the outsider/folk artist sculptor, not the guy who may or may not have built No. 1 on this month’s list).

Buyer Richard McRae was a vice president at Dollar General until 2016. He now serves as managing partner for an eponymous investment shop.

Matt Kisber, former commissioner of economic and community development under Gov. Phil Bredesen and current CEO of solar-power venture Silicon Ranch, is the new owner of this Hill Place home. It’s a recently renovated 7,900-square-foot, five-bedroom home that in addition to all the usual high-end bells and whistles, promises “long range and fast WiFi.”

Seller Joe Freedman is a longtime Nashville entrepreneur and venture capitalist once described by the Nashville Post as the city’s “serial-est entrepreneur.”

This entire 61-acre spread in Nolensville was on and off the market a handful of times in the past two-plus years. The listing says a $3.4 million contract fell through, leading the Baxters to opt for a reduction, eventually selling the six-bedroom home and 15 acres of the property for $2.4 million, taking quite a bit less than the nearly $4 million they wanted back in 2016.

As one might expect given its secluded, bucolic location, the property includes a horse barn.

December’s second Hill Place entry comes with a bit of a mystery on the buyer side. The LLC titled Born in Music City was, in fact, born in Delaware, and its registration in the First State provides precious little information. The Nashville attorneys who handled all the paperwork locally are the types with client lists that run the gamut from rich to powerful to rich and powerful to rich and famous. So who knows?

Whoever it is gets a five-bedroom, 10,000-square-foot Tudor with just one previous owner since its construction in 2000.

His-and-hers bathrooms in the master suite are just one (two?) of the many luxuries in this half-century-old home on a coveted Belle Meade corner.

During the winter, the Wilts will enjoy the four fireplaces. For warmer days, there’s a pool and a “stunning sunroom” in this “French-inspired” house with professional decoration by Susan Richardson of various HGTV programs.

Surely there will be space somewhere in this 5,259-square-foot new-build for buyer Shawn East to display her one gold and three silver medals, won at the 2008 Olympics. She should also find space for her Mirrorball Trophy, won in the 2009 season of Dancing With the Stars.

Before her 2016 marriage to former Vanderbilt football player and NFL journeyman long-snapper Andrew East (he ended the 2018 season with the Washington, D.C., franchise, signing about a week before closing on the home), Shawn East was Shawn Johnson, America’s bubbly sweetheart gymnast.

Inspired by French country homes, this four-bedroom 6,100-square-footer sits on a “lushly landscaped” lot on a coveted Belle Meade street.

It wouldn’t be Headline Homes without a Governors Club entry, and luckily this one snuck in the Top 10 with its $2 million price tag, wrapping up 2018 with a three-way tie.

As per usual for the subdivision, the Tuscan-inspired 9,500-square-foot home is chockablock with high-end add-ons, including “interactive chairs” in the movie theater.