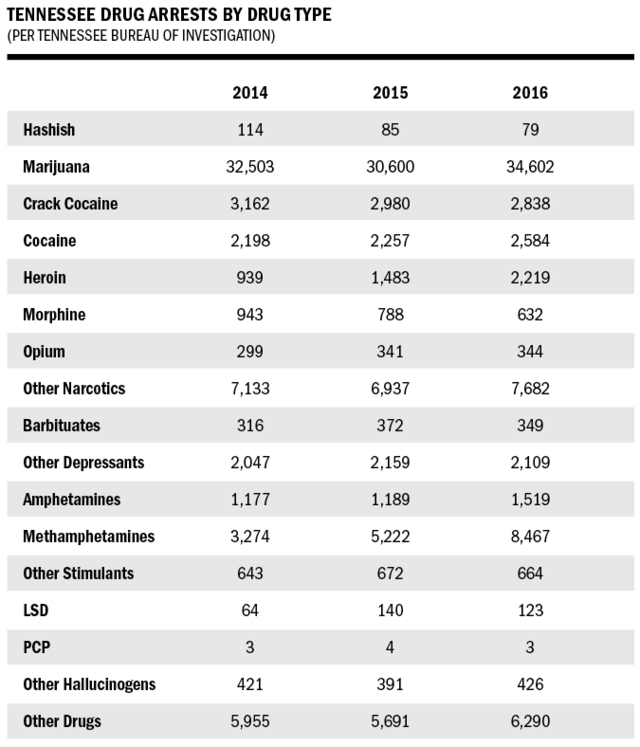 Though marijuana is still illegal in the state — both for medical and recreational use — people in Tennessee are using it: More than 400,000 Tennesseans smoke marijuana over the course of a month, and more than 700,000 use it over the course of the year. Almost half of all Tennesseans support its use as a medicine, and more than a third support recreational use. Though Tennessee ranks third in the nation for opioid abuse, almost half of drug arrests in 2016 came from busting pot users, according to the Tennessee Bureau of Investigation. Take a look at the numbers below.