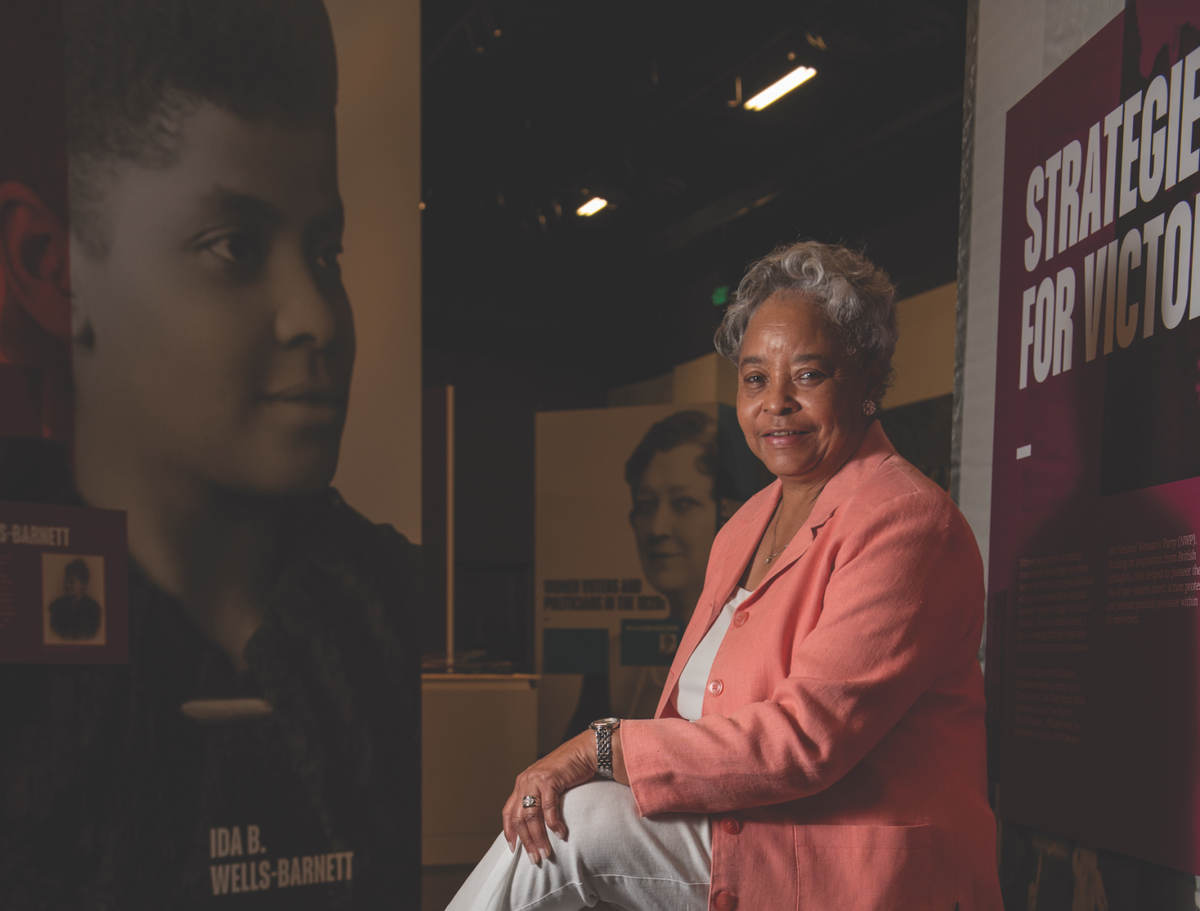 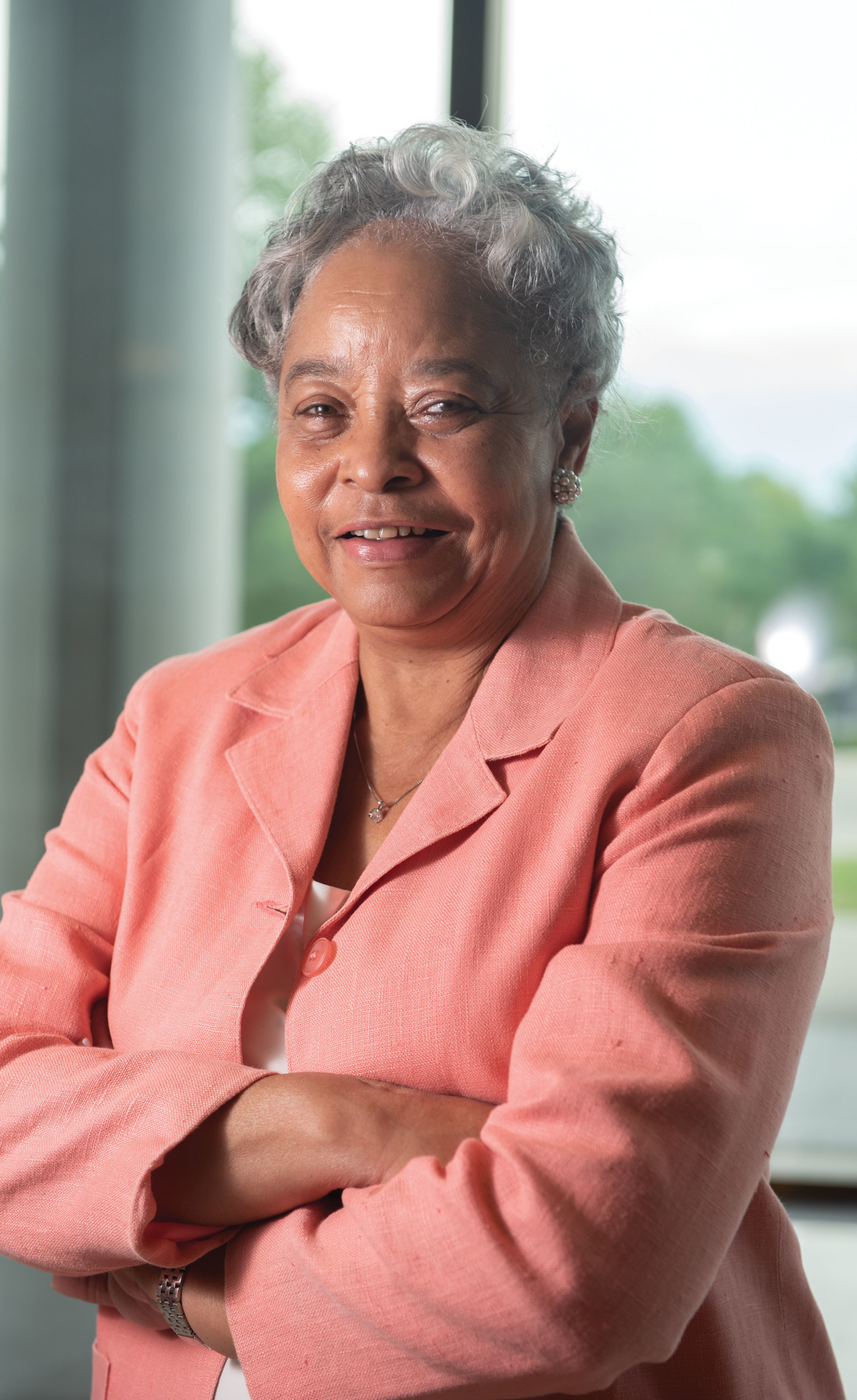 From its launch in the mid-1800s, the women’s suffrage movement was fraught with challenges and controversy, as most pivotal moments in history often are. But with Harry Burn’s tie-breaking vote, cast on Aug. 18, 1920, none of those troubles mattered anymore — at least not to many of the women who’d finally witnessed their wildest dreams made manifest. Indeed, while awash in the victorious glow of the franchise, those women — mostly white — used their pens to draft a version of women’s history that was formed in their own image. In the process, they erased the Black women who made it all possible.

Professor Linda Wynn of Fisk University has worked tirelessly to tell the stories of too many Black women whose efforts were directly responsible for the 19th Amendment’s ratification, but whose names have been largely lost to time. For those women, gaining the right to vote wasn’t about wresting independence from an abusive husband or an overbearing father. It was a small but mighty step toward equality for the entire Black race, the opportunity to advocate for neglected Black children and marginalized Black men — men who were still struggling to cast their own ballots. In a phone call with the Scene, Wynn discussed the complicated but constructive relationship between Black and white suffragists. In so doing, she also reminds us of the dangers in whitewashing history.

Initially, the suffrage movement was closely linked to the abolition of slavery. Can you talk about the link between Black rights and women’s rights?

When you look at social movements, what you find is that women’s movements generally come after social movements pushed forth by, and for, African Americans. You have the abolitionist movement, that starts around the 1830s, maybe just a little bit before. Then you have a women’s movement that starts, and you can look at Seneca Falls in 1848. If you look at the modern civil rights movement — what comes after the modern civil rights movement? The women’s movement. And I think you can probably even take that into the present day. Everybody thinks Black Lives Matter started last year, or the year before. But it started a little bit before the #MeToo movement.

I think [the women’s suffrage movement followed the abolition movement] because women were second-class citizens too. They were going to bat for another suppressed group, and they realized, “Well, I’m just as suppressed as they are.” So they decided, “I’m out here fighting for that cause, but I’m suppressed, so I’m going to fight for women’s rights too.”

But there were white women who didn’t agree with the 15th Amendment because it gave Black men the right to vote before the white women received it.

Yes. That is the amendment that, as you said, splintered Black women and white women — or further enhanced the dissent. For example, I think Susan B. Anthony made the statement, “I would cut off my right arm, this right arm of mine, before I will answer the ballot for the Negro and not for the woman.”

As they moved toward the first part of the 20th century, white women were trying to gain the right to vote, and they would have been looking at Southern states — remember, most of the Southern states had not voted to ratify the 19th Amendment. So in order for them to get those states on board, they had to sort of follow the principles of the lost cause; they had to look at the South and its ubiquitous racial climate. And it became a big problem.

So how did it happen that Tennessee — a Southern, former slave-holding state — became the last state to ratify the 19th Amendment?

It was a quid pro quo. Suffragists wanted as many people as possible to support the amendment, and there was a fairly large contingent of Blacks in Nashville who were for it.

You’ve got the women’s clubs — for example, the National Association of Colored Women was formed in 1896 by Mary Church Terrell, a native Tennessean, and the organization’s first convention was held in Nashville. You have Fisk University; you have Tennessee State; you have Meharry; and you have a well-rounded Black middle class. Booker T. Washington spent a lot of time here because he was friends with [Black politician and civil rights activist] J.C. Napier. By 1904 you had [One Cent Savings Bank], a Black-owned bank that is still the oldest Black bank in the nation. So you have all of these coalitions being built in Nashville. Then there was [educator and activist] Frankie Pierce and [physician] Dr. Mattie Coleman, who registered 2,500 Black women to vote [in the 1919 municipal election].

White women were not unaware of what was going on in the Black community, and they realized that they needed the organizational skills of Black women. They knew they had an interest, those women had an interest, and maybe those interests were one and the same. So while we may not affiliate socially, we can work together politically because we have the same goal.

Right. And the interests of Black women extended beyond the right to vote.

What Coleman and Pierce really wanted was a vocational school for delinquent girls. Prior to them having the vocational schools, Black girls that got into trouble were basically thrown in jails with adults. So that was the deal that they struck with the white women.

If you look at that 1920 convention [the first of the Tennessee League of Women Voters, held in May], Pierce used that opportunity to lay out her vision for linking women together across racial lines. When she spoke, the question was, “What will the Negro woman do with the vote?” And she gave them a very clear and concise answer. She said, “Yes, we’re going to work with you, and we will stand by you, white women. We’re going to make you proud of us; we’re going to help you help us and yourself.”

Do you think that the school took precedence over the vote since — in many areas, especially in the South — restrictions like literacy tests made both the 15th and 19th amendments largely theoretical for Black voters?

I don’t think the school took precedence over the right to vote. I think that was the deal that Coleman and Pierce were making. I think oftentimes we don’t realize, as a populace, that your vote is your voice in terms of policy. Those who you send to state legislatures, to the U.S. Senate, to the U.S. House of Representatives, and to local offices enact the laws that ultimately become policy. I think Coleman and Pierce understood that, and I think they were looking at potential policy. They knew that if they wanted a school and a state department of child welfare, that had to come through a legislative process. So Pierce was telling white women what [she and Dr. Coleman] wanted. We will help you [gain the right to vote] if you will help us do that.

Black women were so critical to the ratification of the 19th Amendment, but their stories have been largely forgotten. Why is it important, 100 years later, that people fully understand their role?

When you look at those who were doing the writing about the suffrage movement, especially from an academic point of view, it was basically white writers. And I’m going to say what I say to my students sometimes: White folks don’t have to stop and think about you. They don’t think about whether somebody else was involved. They’re busy trying to narrate their story from their perspective, and their perspective is very narrow. They don’t know the conversation Black parents have to have with their children about what to do if the police stop you. Whites don’t say to their children, “If you go in the store, don’t put your hands on anything that you’re not going to buy, because the floor walker will say you’re stealing.” That’s what I mean when I say they don’t think about you. They have the privilege of not thinking about you. So I think it’s important to know about the involvement of Black women simply because Black women were involved.