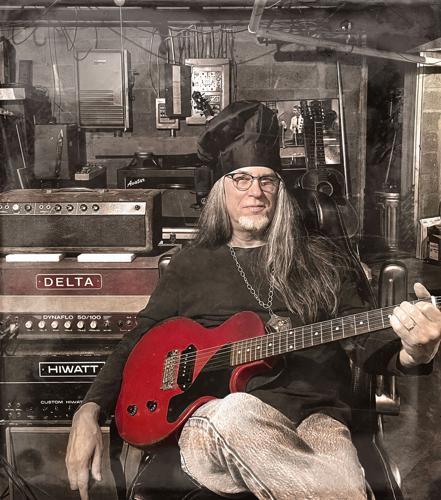 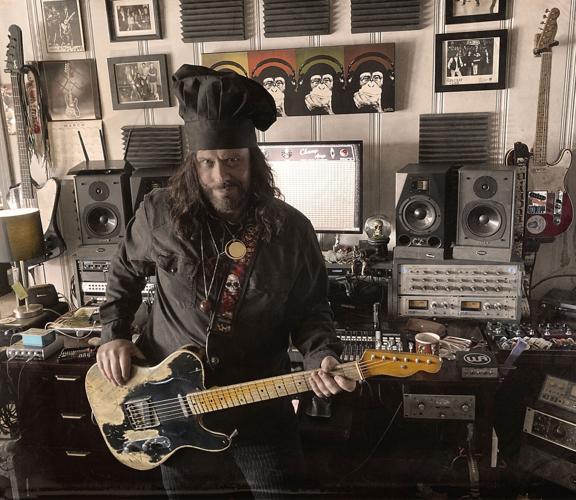 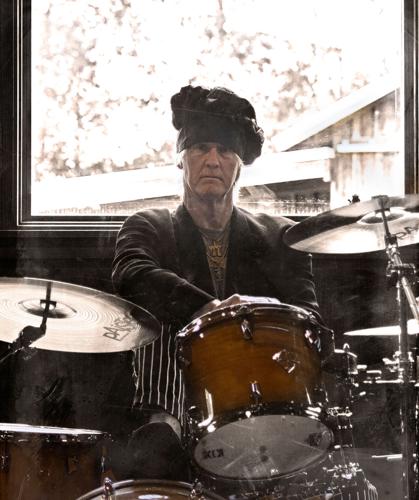 On a sunny Friday morning in late April, The Chefs’ Dan Baird, aka Master Chef, is talking about the band’s new album Sing for Your Supper.

“What we were going for is to make a record that is familiar,” says Baird. “The obvious places where some of these songs came from — those artists are no longer doing that thing anymore, and I miss hearing that music new. So what are you going to do? Go fucking make some.”

Sing for Your Supper will be self-released Friday, May 13

So Baird and his Chefs bandmates — Golden Chef Stan Lynch and Secret Chef Joe Blanton — whipped up a dozen sides of “the rock and the roll,” as Baird puts it, seasoned with a dash of Faces, a sprinkle of Allmans and a pinch of Creedence. The result is a delicious record with musical flavors the frontman says “got abandoned for no good reason other than popular consumer stuff.”

Set for release on Friday, Sing for Your Supper is the follow-up to the Chefs’ 2020 instrumental debut Heated & Treated, which is how Baird likes his pecan pie served at Waffle House. There’s singing on the new record, which is a good thing as far as Lynch is concerned.

“Danny’s as identifiable a singer as anybody on the planet,” says Lynch, who was the longtime drummer for Tom Petty and the Heartbreakers. “He’s that good a frontman.”

The Chefs came together at the beginning of the pandemic when Baird asked Lynch if he could “back some drums into” the instrumental tracks he had recorded. But the inspiration for the band’s name can be traced to late May 1987 and the crew meal that kicked off Petty and the Heartbreakers’ 1987 Rock ’n’ Roll Caravan tour, which included Baird’s band, The Georgia Satellites.

“I was sitting at a table with Stan and [Heartbreakers guitarist] Mike [Campbell], and I started talking about the original drummer for the Satellites, who had this weird little side lawn business,” Baird explains. “They put up some pictures of themselves as the chefs, wearing shorts and sneakers and a chef’s hat. Stan and Mike were howling.”

Lynch remembers the moment clearly. “Dan said he had some buddies who had a lawn service, and they’re called ‘the lawn chefs,’ ” he recalls. “That made my head explode — the concept that a chef is like a Ph.D. It’s, like, the highest level of ordained. And so we got into this thing like, ‘Is the bass player any good?’ ‘Yeah, he’s a chef.’ ”

Both Baird and Blanton give Lynch a lot of credit for the heights the band reached on Sing for Your Supper.

“Stan was the guy that kept pushing and going, ‘This can be better,’ ” Baird says.

Blanton echoes that: “Stan was the person with his hand on the lever saying, ‘Not yet — don’t settle.’ ”

Blanton, who has written and recorded with Baird for the past decade on various projects, including recordings by The Bluefields and Homemade Sin, is credited as a co-producer on Heated & Treated. He assisted both Baird and Lynch with the engineering of their parts and also mixed the record. But in the liner notes for the new album, he is pronounced “risen, baked and rested, and now a bona fide chef.”

“Joe’s all over [the new record], he’s just quiet,” Lynch says. “That’s why he became the Secret Chef.”

As with the band’s debut, most of the recording for the new album was done remotely, with Lynch working at his studio in Central Florida, and Baird and Blanton working at their studios in Nashville. Eight of the 12 songs are credited to the band. The others are songs Baird brought to the table already finished, three of which are co-writes with people outside the band.

“My thing is to come up with a chord pattern that isn’t necessarily traditional and is interesting and still stays rock ’n’ roll,” Baird says, regarding The Chefs’ writing process. “Joe was huge on the lyric thing. And outside of physically playing, Stan’s great at arrangements, and on most of the tunes, he had an arrangement suggestion.”

Baird handled the bulk of the guitar work on the album and all the bass parts, plus the lead vocals on all but one of the songs. Lynch contributed drums, percussion and keyboards, and Blanton added rhythm guitar and backing vocals. While Blanton did most of the heavy lifting on the lyrics, a few of the song ideas originated with Baird, such as “Bout as Famous,” which addresses the fickleness of fame — something all three Chefs have experienced to one degree or another.

“ ‘Bout as Famous’ is something that I said in the back of a tour van,” Baird says. “I was trying to explain to Homemade Sin’s bass player that it’s not going to get much better than this — we’re about as famous as we’re going to get — and everybody started laughing. Warner [Hodges] repeated that to Joe, who didn’t just laugh, his eyes grew the size of saucers, and he went, ‘Damn, that is a song.’ ”

“Dan is full of good sayings, and that’s one I hung onto,” Blanton says.

After Baird saw the finished lyric, he told the others in a Zoom call, “Man, wouldn’t it be great to do the thing that The Band used to do — you know, swap places on who’s singing the lead? And everybody said, ‘Yeah.’ Stan went, ‘I want the third verse. That is me.’ And Joe said, ‘Well, I’ll start it off.’ I went, ‘Shit, middle verse is me.’ ”

Baird and Blanton are already writing material for the group’s next album, and Lynch is ready to get to work. “I’m enjoying this,” he says. “This isn’t like a side hustle for me. This is a musical adventure.”