You are the owner of this article.
Edit Article Add New Article
You have permission to edit this article.
Edit
Home
News
Arts & Culture
Food & Drink
Music
Calendar
Media
Promo
About
Best of Nashville
Share This
1 of 15 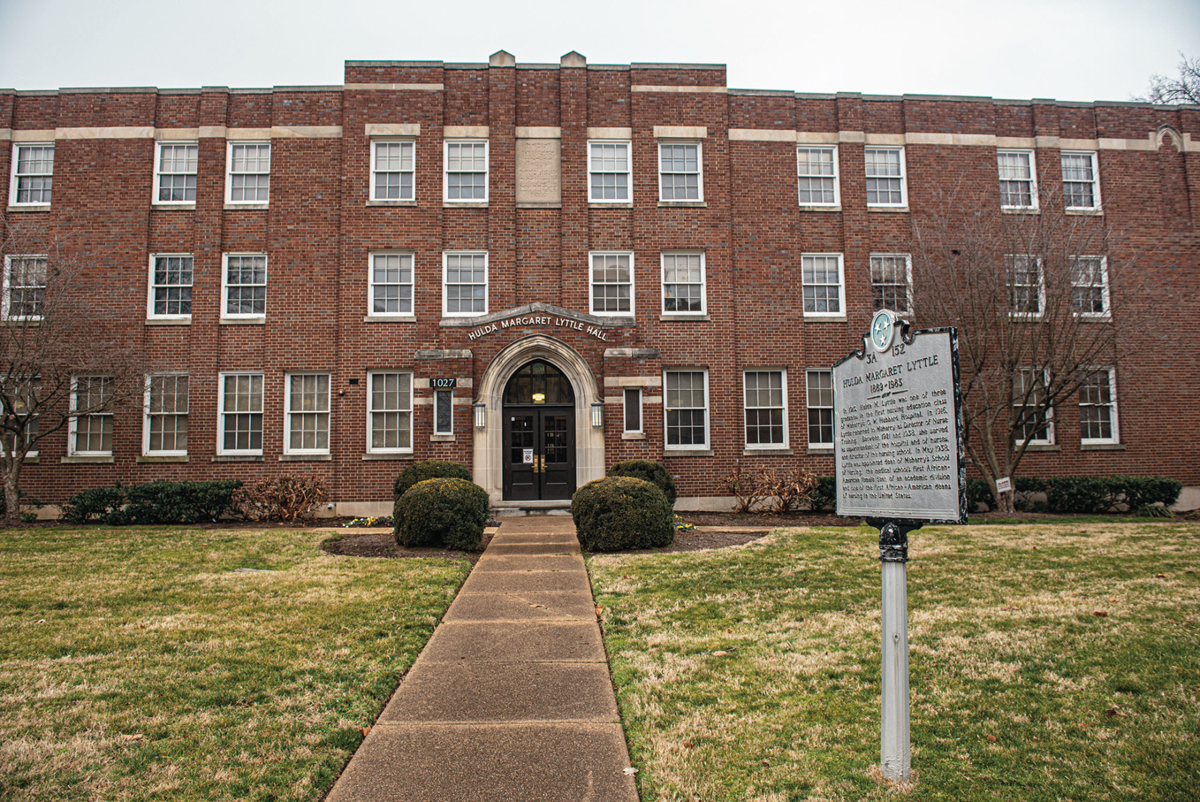 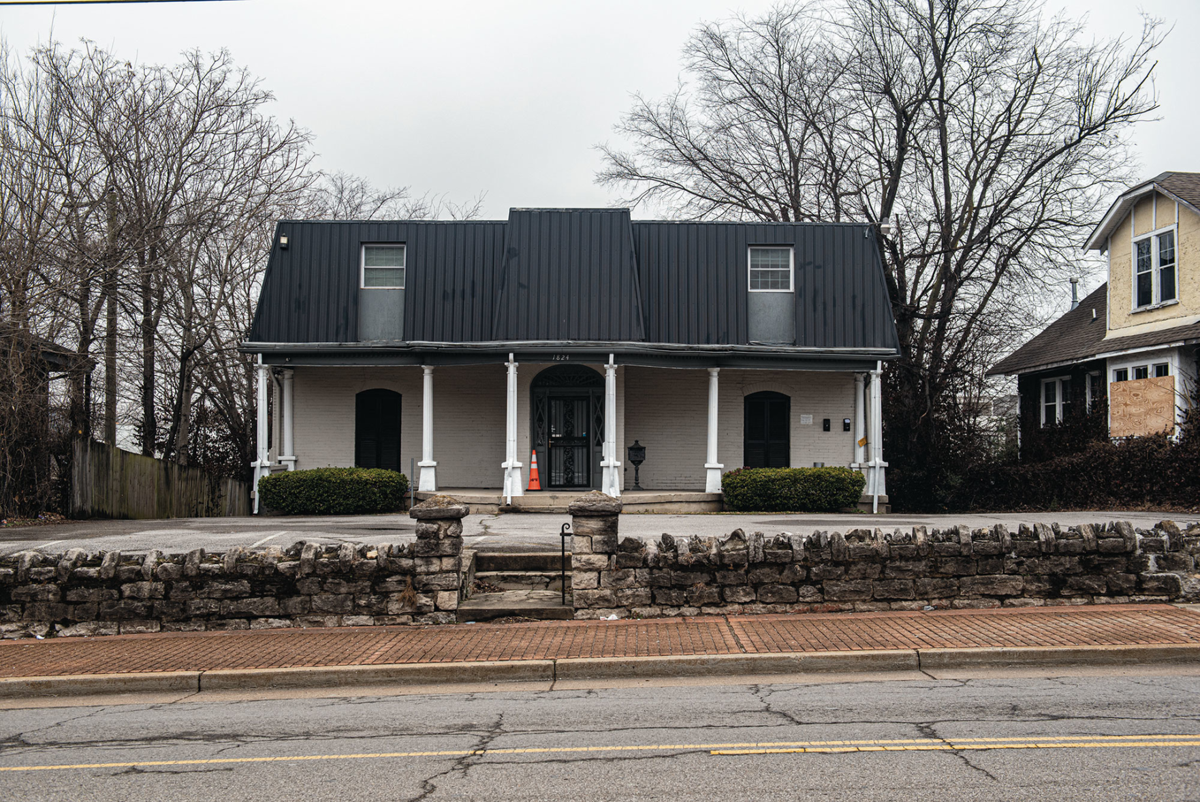 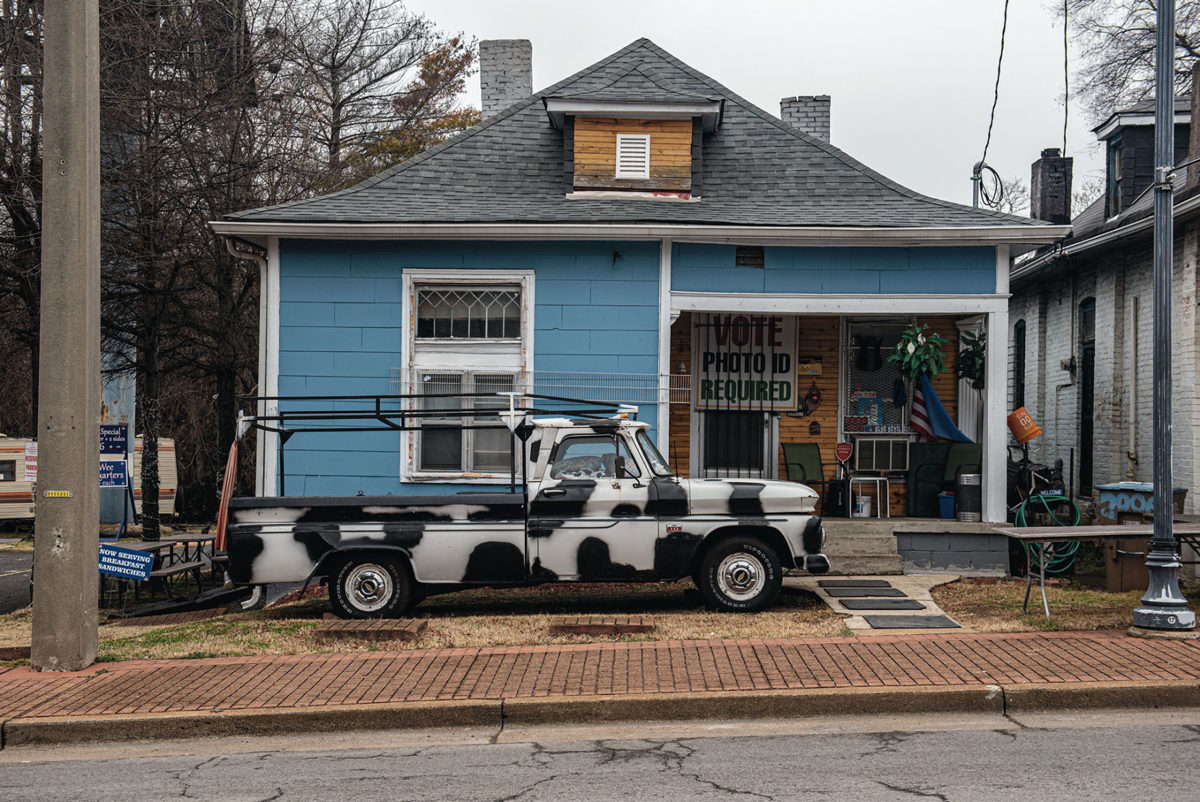 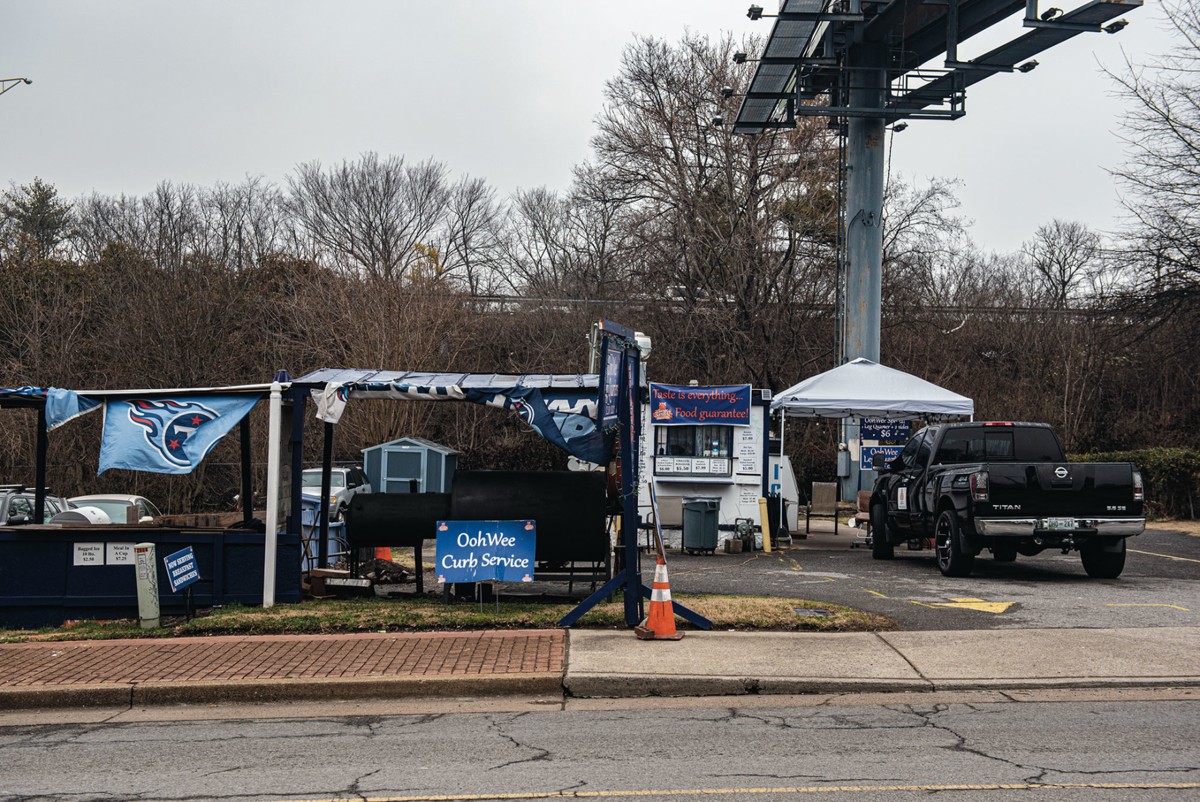 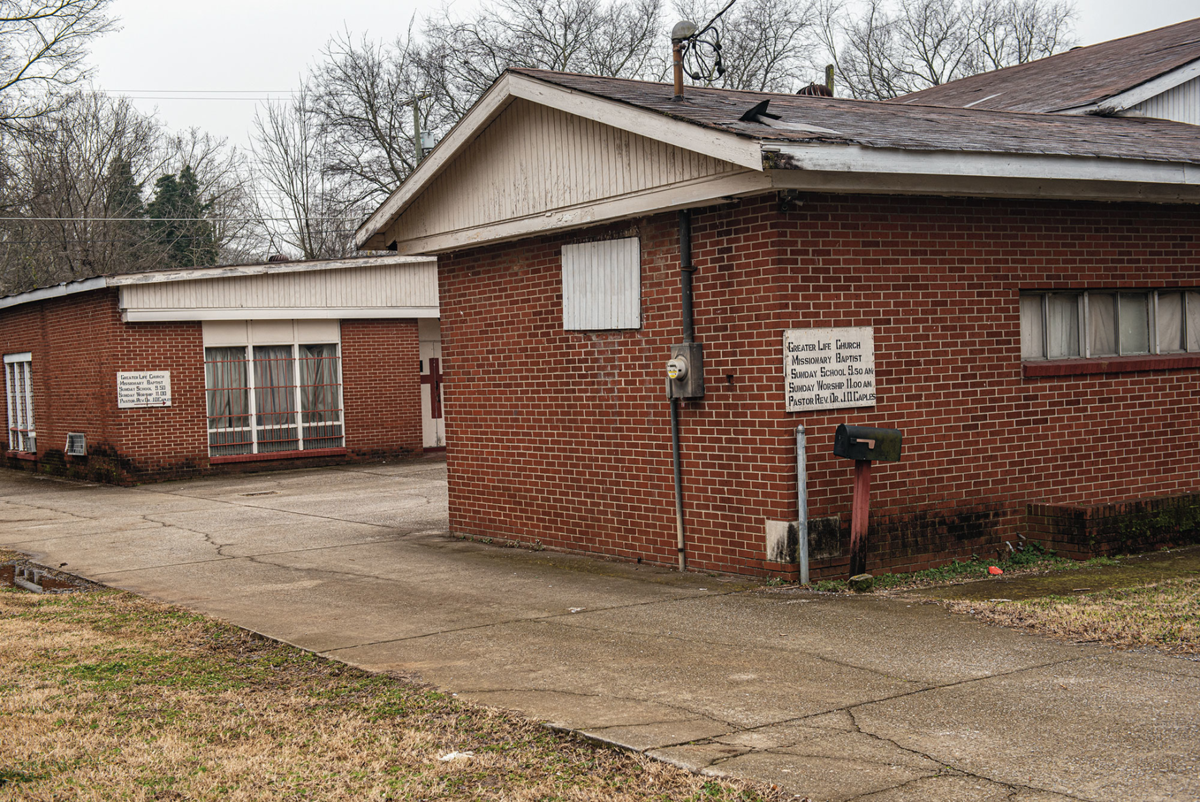 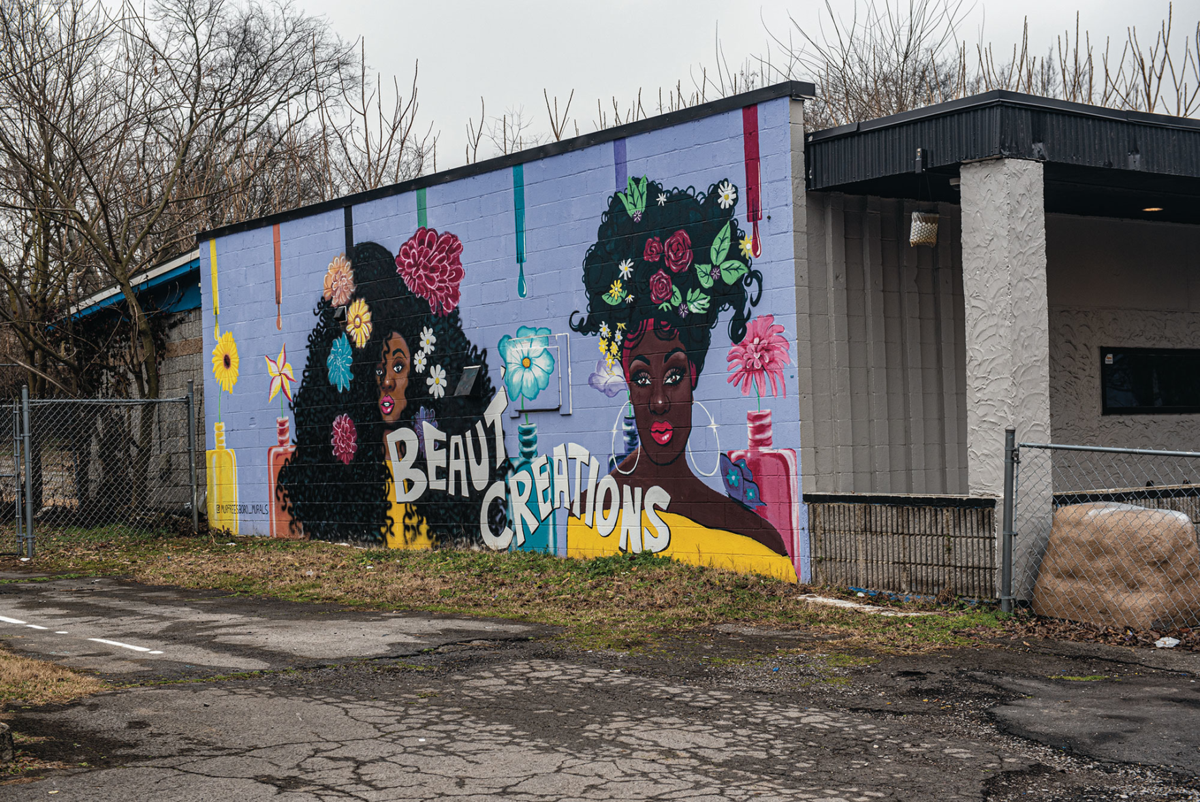 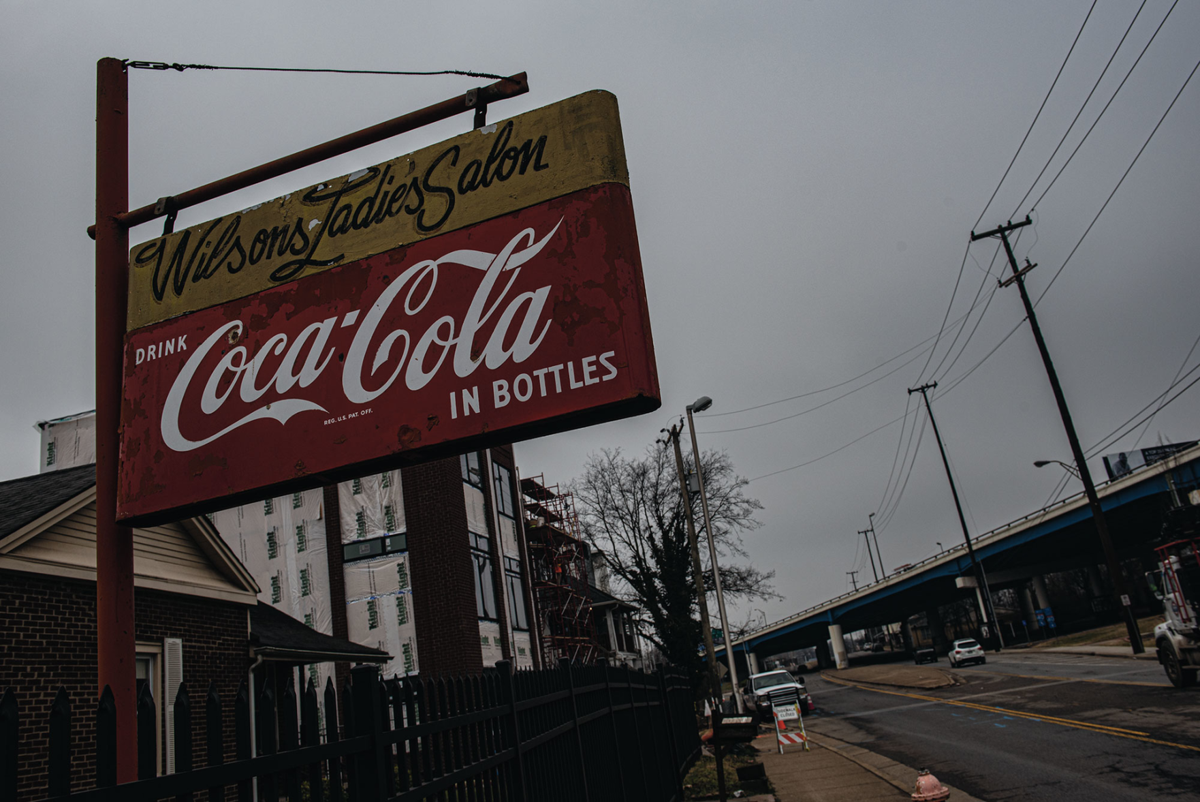 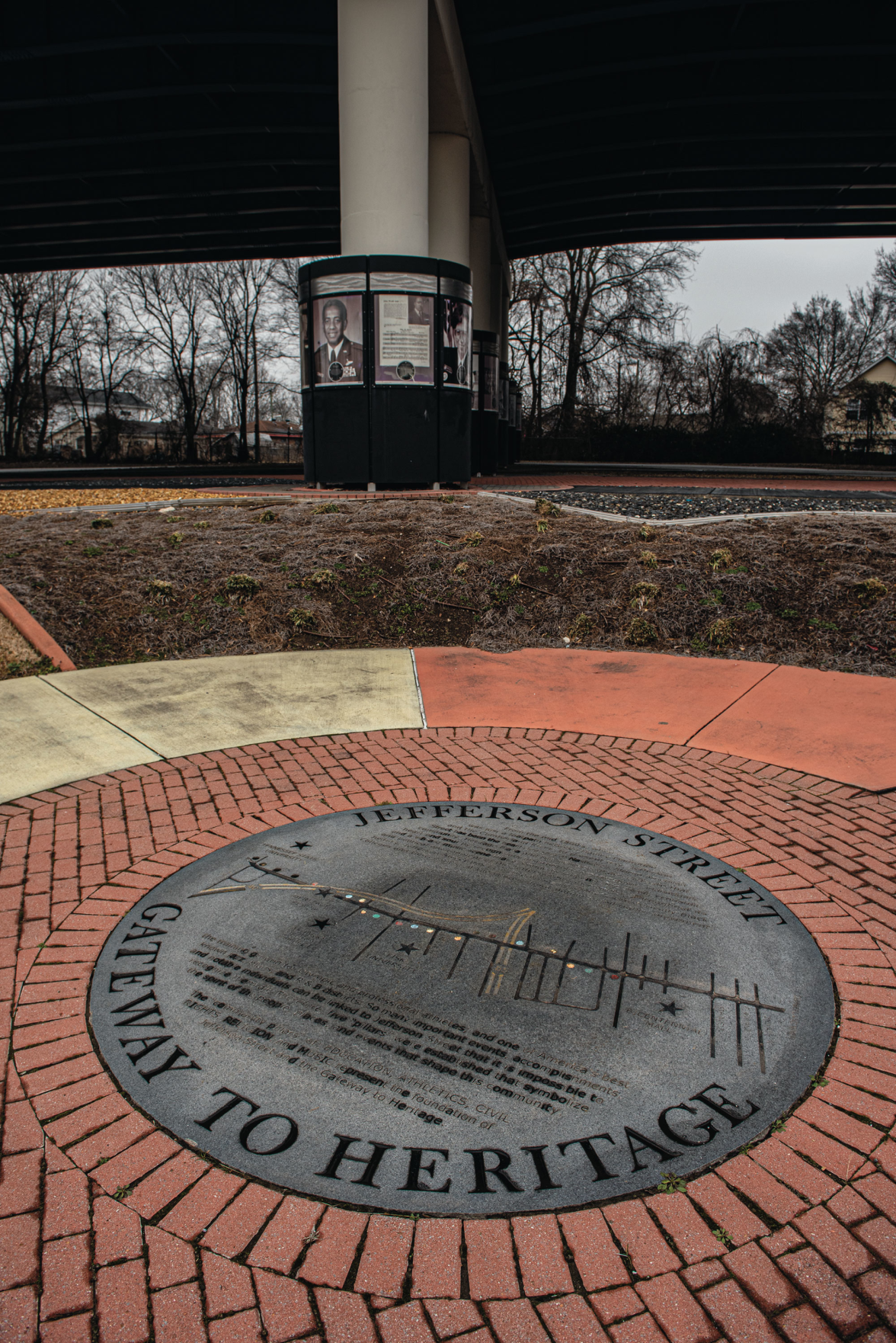 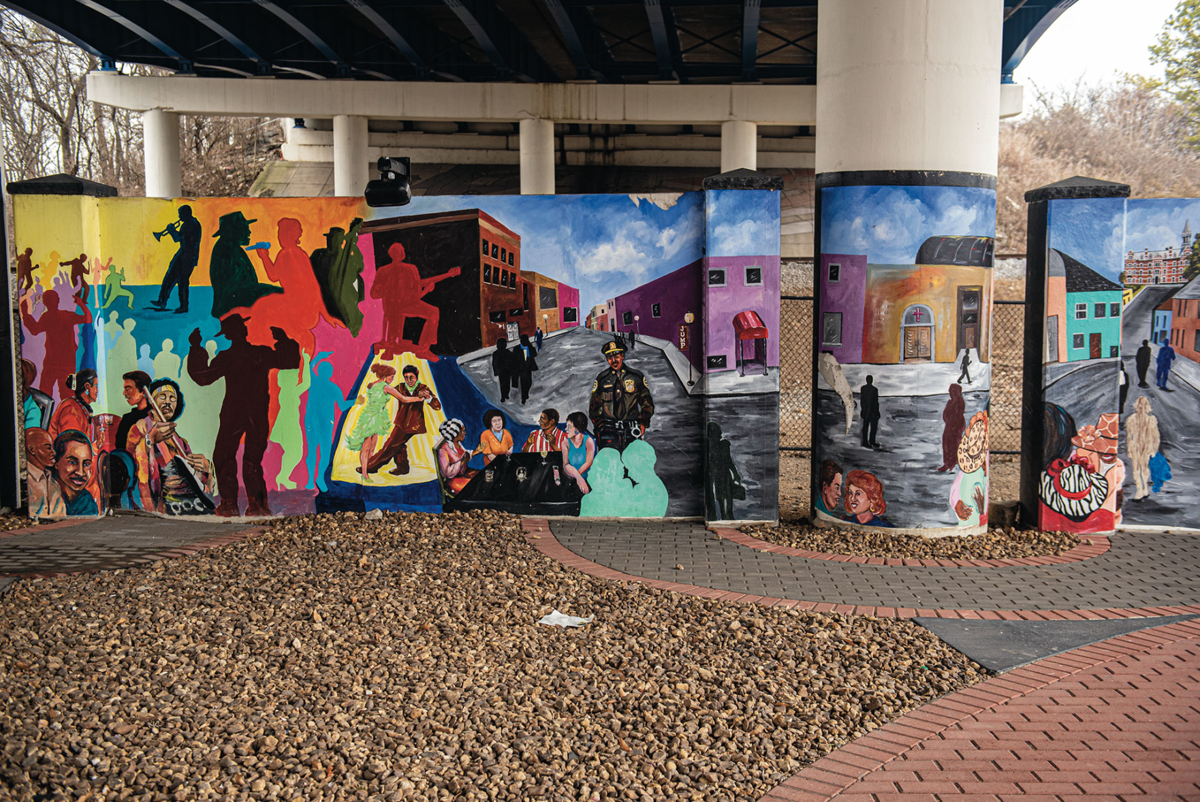 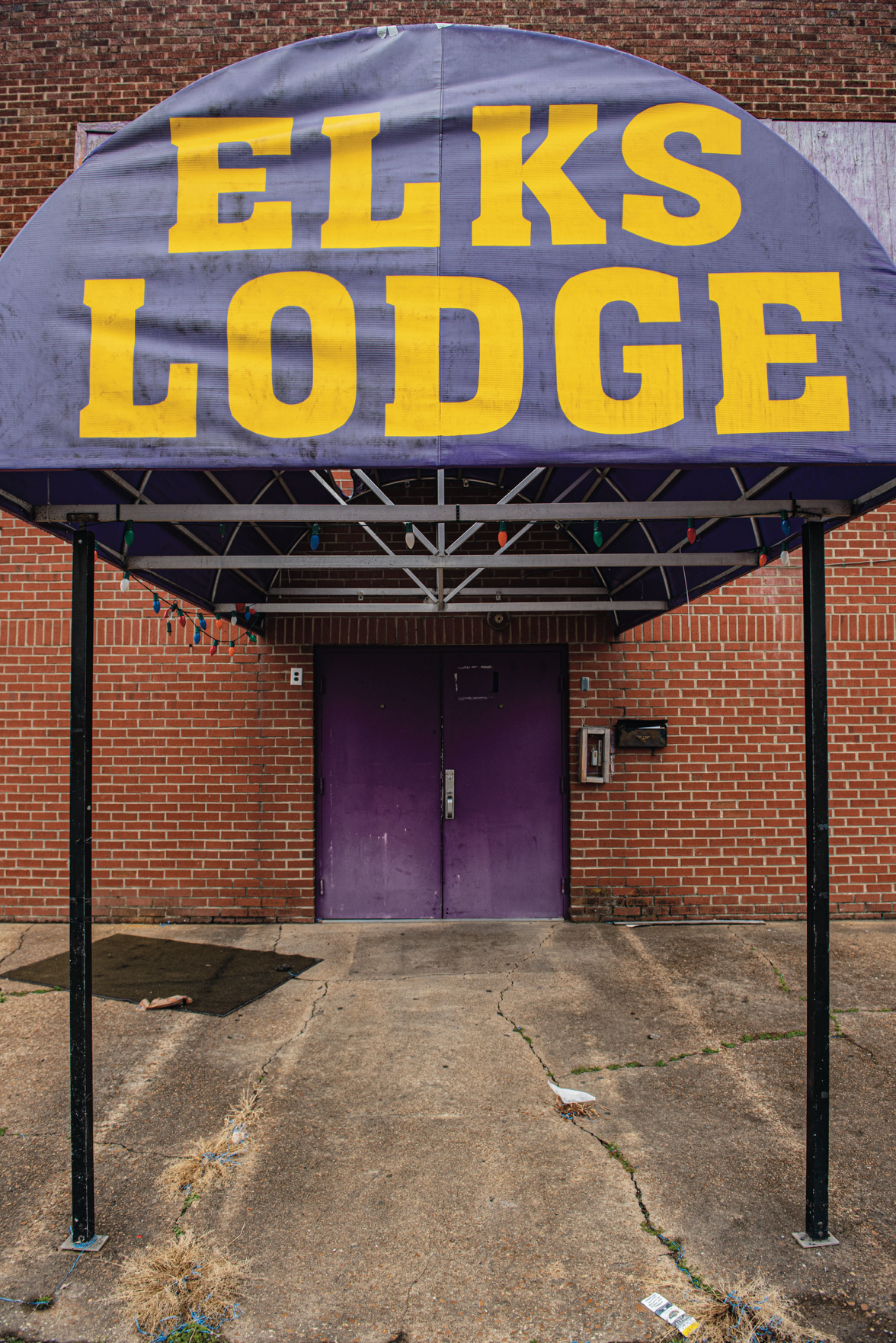 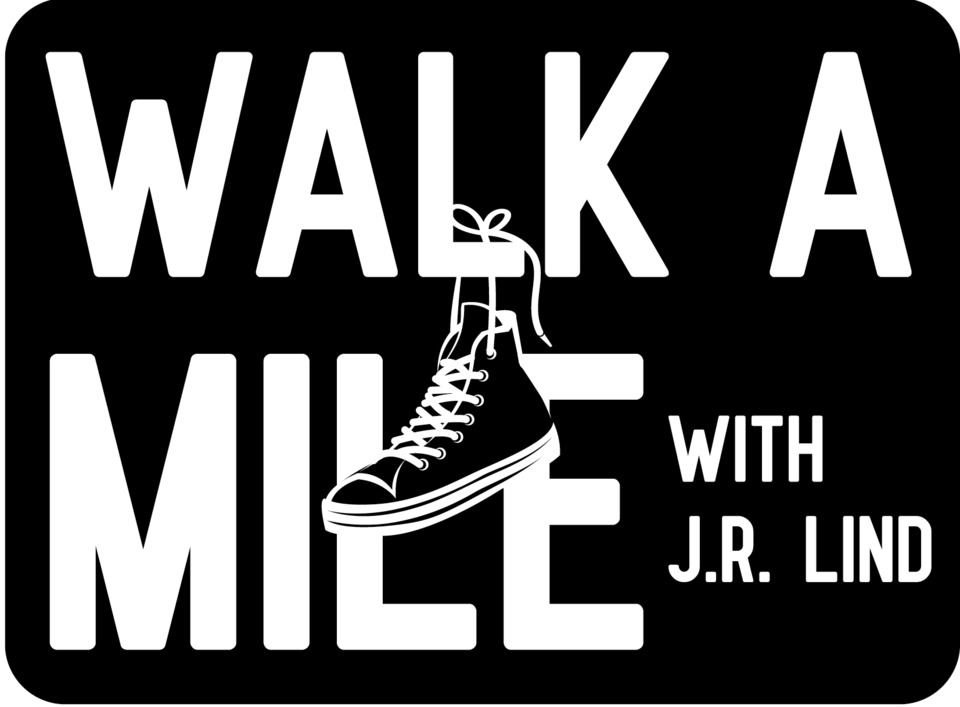 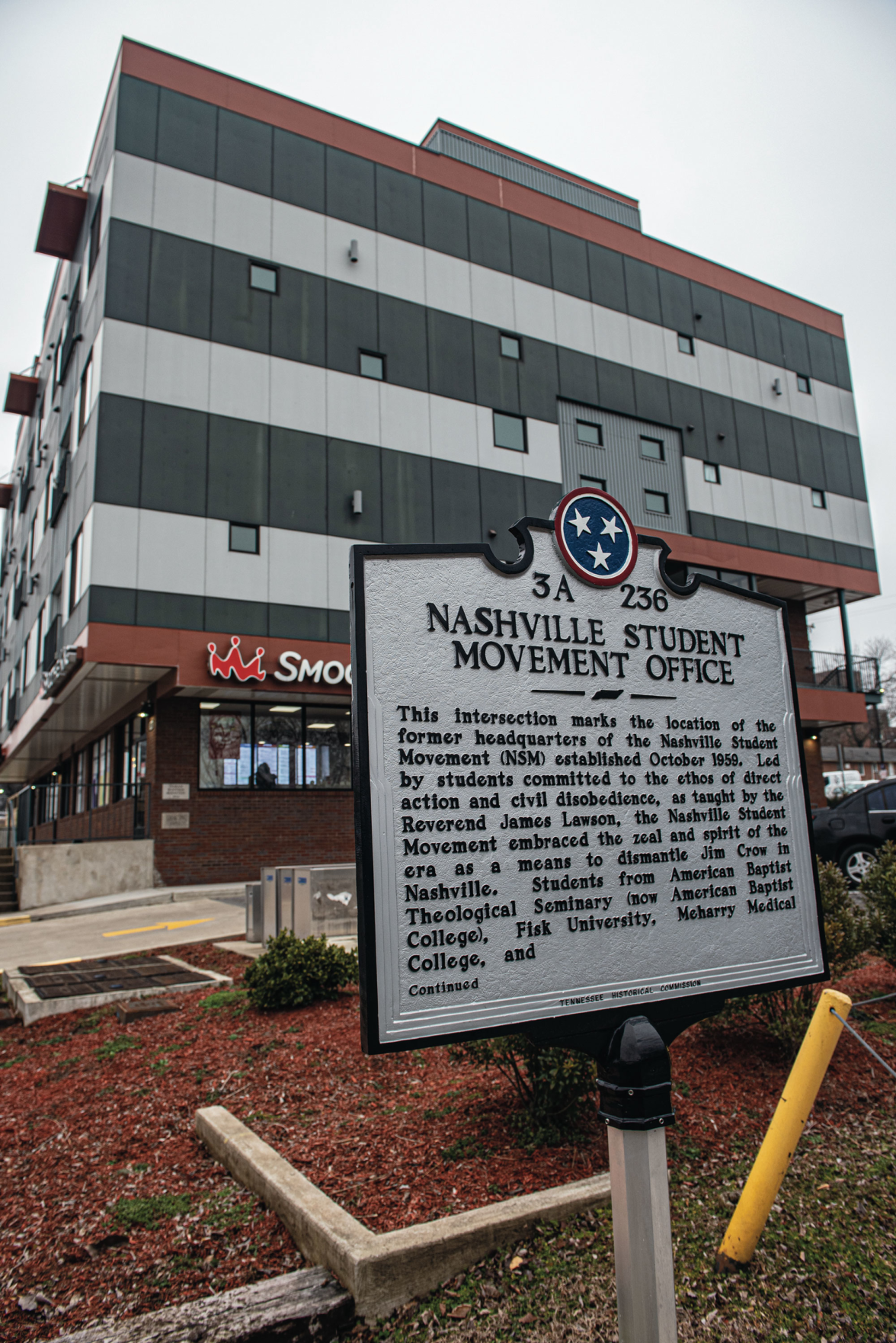 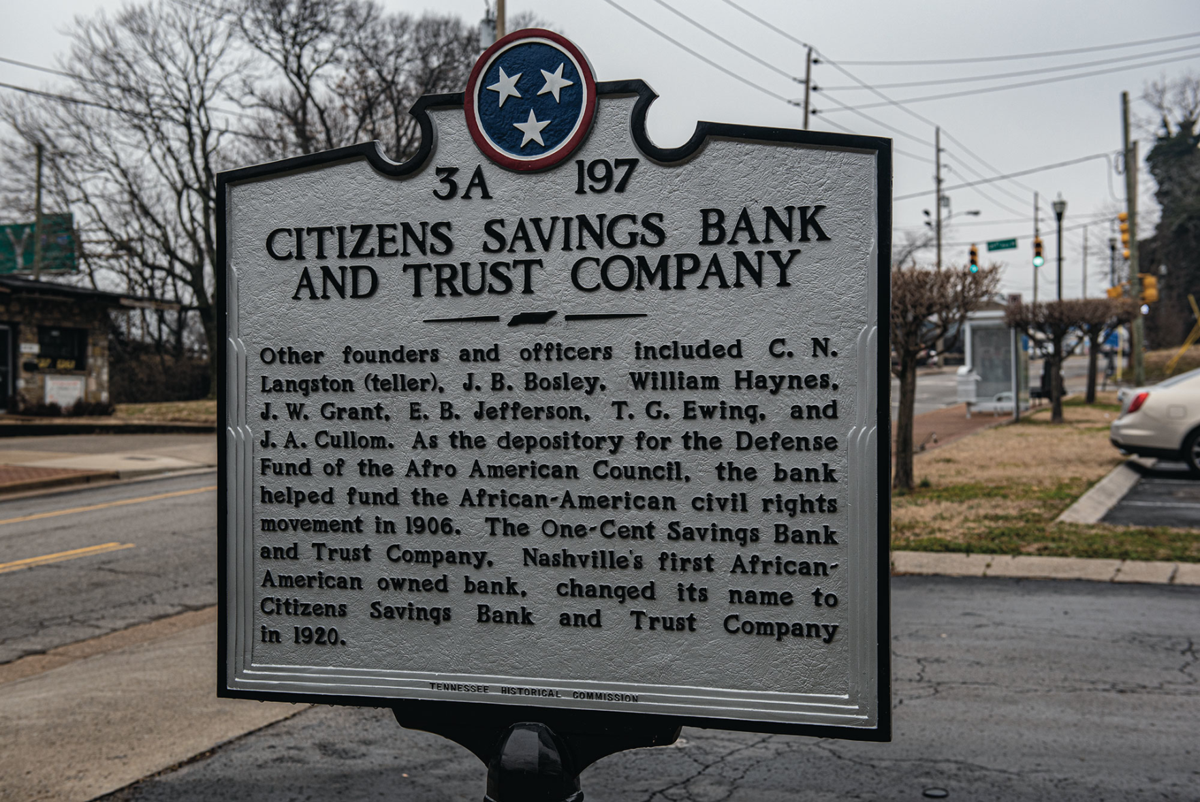 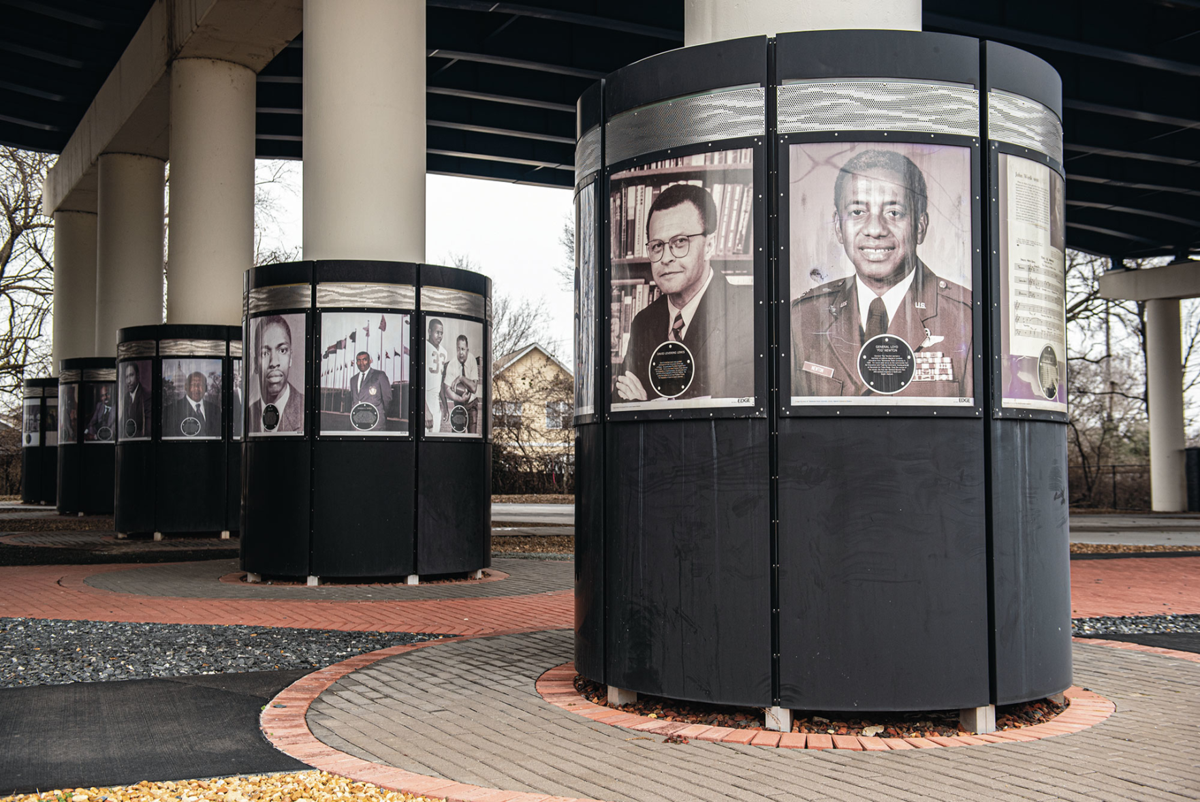 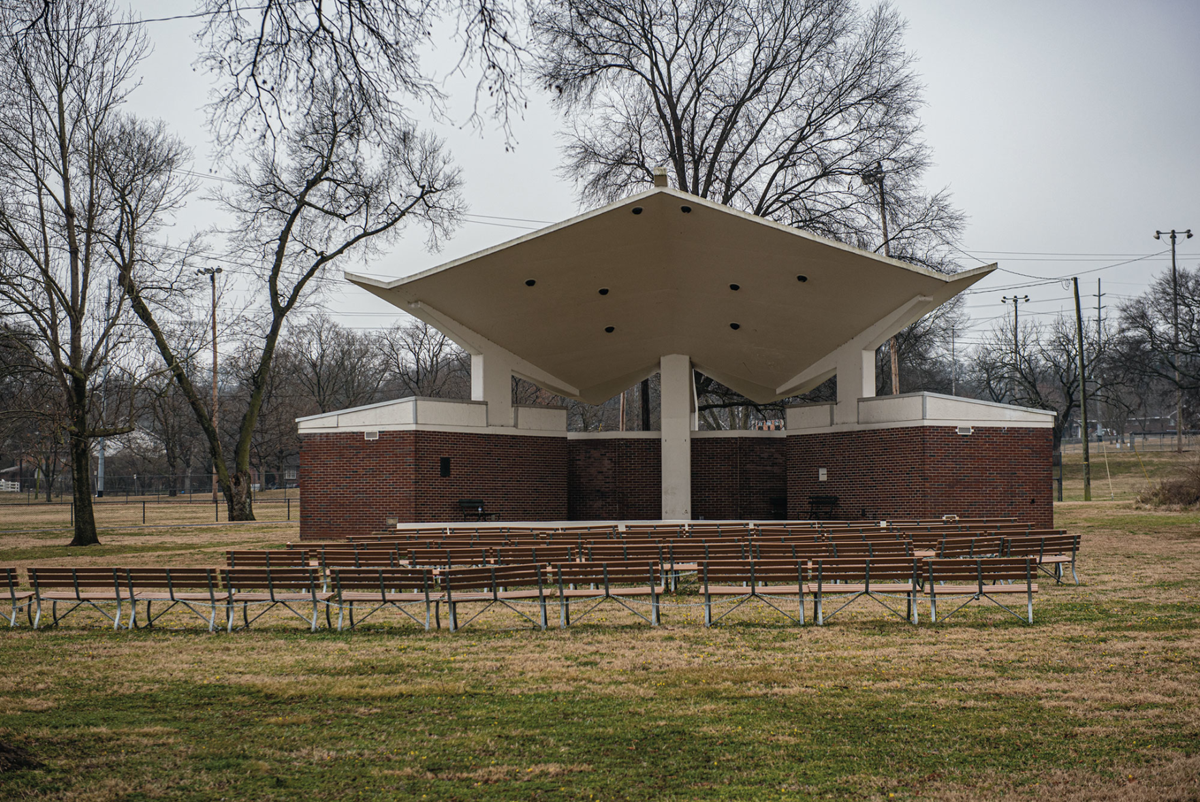 In the heart of the city on a gray and crisp February morning, it is still quiet. From Dr. D.B. Todd Jr. Boulevard, the beeps of construction vehicles, the light whir of traffic, the comings and goings from Nashville General Hospital and its adjacent COVID-19 test site echo in whispers from the clutch of buildings that make up Meharry Medical College and its attached facilities.

Founded in 1876 as the first medical school in the South dedicated to teaching Black doctors, nurses and dentists, Meharry is still the second-largest producer of Black health care providers in the United States. The motto of the school, affiliated with the United Methodist Church, tells the story: “Worship of God Through Service to Mankind.” And its graduates do indeed serve: More than three-quarters of them end up working with communities underserved by the health care industry, a laudable achievement gobsmacking in its reality.

D.B. Todd Boulevard, named for a professor of surgery and the city’s first Black heart surgeon, acts as a boundary between Meharry and Fisk University.

Fisk was founded as a school for freedmen of all ages in 1866, nine months to the day after the surrender at Appomattox, when the Civil War and the slavery that caused it were still the freshest memory. It was originally sited in what we now call the Gulch. Its namesake, a Union general who headed Nashville’s Freedmen’s Bureau, gave the school’s founders, a group from the American Missionary Association, the Union barracks near Union Station to hold classes. He also secured $30,000 — the equivalent of nearly half a million in today’s dollars — to help jump-start the school.

It was a resounding success nearly from the start, enrolling 900 students, ranging in age from 7 to 70, in a few months.

In 1870, with a charge to educate teachers in the wake of the Tennessee General Assembly’s decision to provide free public education, the school transitioned into a university proper. But it needed more room. Which meant it needed more money. Thus, the Fisk Jubilee Singers were born as a fundraising arm of the university. So popular were the Jubilee Singers that there were ersatz versions that toured the country claiming to be the originals — but none could stand up to the talent of the real deal. Their tour took them everywhere, including England, where they gave a performance for Queen Victoria, who is alleged to have declared that surely the group came from a musical city — which must have surely shocked her distant Habsburg cousins in Vienna. But some say that’s what gave Nashville its extant nickname. There is plenty of dispute whether Her Majesty actually uttered those words and whether, if she did, it is why we are still called Music City. But in any event, the tour was a success, raising $50,000 (nearly $1.1 million today), saving the school from dire financial consequences and providing the funding for Jubilee Hall, the first building in the country built specifically for the education of freedmen.

The architecture of the oldest buildings at Meharry and Fisk reflect one another. Dark bricks and a style that’s nearly Gothic, if not quite so, evoke a feeling of a stroll through an English academic village.

The campuses are tree-filled. Of particular note are the magnolias, which even in the cold of February provide shocks of waxy green. Despite the decidedly unspringlike weather, an alarming number of mockingbirds flit and flutter about, enjoying the respite the pandemic has given them from students crisscrossing the brick sidewalks, and chattering together in the grassy expanse.

At the corner of D.B. Todd and Jefferson is the Otey Center — home of, among other things, Helen’s Hot Chicken and the Spoken Word Cafe. Flem Otey Jr. operated a grocery store here, one of the most successful businesses in North Nashville. Later, Otey — one of the area’s many Black entrepreneurs — expanded into other enterprises, including real estate, a salvage yard and laundromat. Famously, the grocery provided peanut-butter-and-jelly sandwiches to students jailed during the sit-ins of 1960. Those students were no doubt already familiar with Otey’s wares; after all, the Nashville Student Movement Office was nearby, on the lot where a Smoothie King stands today.

Those fearless pioneers would have no doubt found sustenance from the excellent Ooh Wee Bar-B-Q — just up Jefferson Street at 21st Avenue — had it existed 60 years ago. The smell of smoked pork shoulder, chicken and hot wings somehow flies farther and stronger on the February winds, a mouthwatering symphony with the inevitable rumble of a too-empty stomach providing the timpani part.

Ooh Wee shares its block with Jefferson Street Sound, a small museum jam-packed with artifacts from the time when the street rivaled Memphis’ Beale, and 12th and Vine in Kansas City, Mo., as a center of Black music in the United States. Lorenzo Washington — “Mr. Lorenzo” to nearly everyone — runs this reliquary and regales visitors with stories and memories of when Jefferson Street jumped with jazz and blues and proto-rock.

Across Jefferson Street is a bank that, frankly, looks like any other bank built in the mid-20th century: low-slung roof and slightly modernist architecture, but evoking security and stability nonetheless. But this is no other bank. This is Citizens Savings Bank and Trust, founded in 1904 as the One-Cent Savings Bank (though the initial minimum deposit was a dime, not a penny), the first minority-owned bank in the state. Nine men, including W.H. Boyd and J.C. Napier, pledged $100 each to fund the enterprise.

Citizens is now the oldest continuously operating minority-owned bank in the country, having survived the Depression with Richard Henry Boyd, son of W.H., encouraging conservative lending from his employees and emphasizing saving to his customers. When there were inevitable runs, he gave his account holders confidence by having the tellers stack cash in the windows of the bank, showing that deposits were safe.

Jefferson Street was truly the pulsing heart of Nashville’s Black community in the early to mid-20th century. It was anchored by respected institutions of higher learning, populated by successful businesses like Otey’s and the bank, and given the soul and verve of culture from its clubs. But then, cynicism couched as progress ripped a hole through Jefferson Street’s middle: Tennessee leaders placed Interstate 40 right across the center of this galaxy, slashing it in two physically and piercing that soul and verve.

There’s an overpass now where Club Del Morocco once was. The resident band there in the early ’60s had the improbably great name the King Kasuals, led by an extraordinarily talented former soldier named James Marshall Hendrix. He started his band in Clarksville after his discharge from Ft. Campbell, but came to Jefferson Street to absorb the mighty power and talent that thumped the walls of its clubs every night.

The man remembered by history as Jimi Hendrix was already over-the-top — he played guitar with his teeth, he was popular with women (including a married barmaid at Club Del Morocco), folks called him “Marbles” (because he’d lost his), and he wanted to be the best. The story goes that one night, Jimi dragged his guitar and amp down Jefferson to Club Baron (now the Elks Lodge) to challenge Nashville’s reigning guitar legend, Johnny Jones, to a guitar duel. Marbles had to go back to Del Morocco a defeated man — but Jones recorded an album in 1969 with the King Kasuals and covered “Purple Haze” as a tribute to the man he’d once schooled.

Now the space under the overpass is a park, with pictures and brief biographies of all the greats of Jefferson Street: the academics, the musicians and the athletes. A chart on one display shows the Olympic medals won by Tennessee State University runners under the tutelage of the great Ed Temple, who once came back to Nashville with his Tigerbelles having won more medals than 80 countries.

There are murals in this park, just as there are many along Jefferson Street remembering times gone by — the Freedom Riders are memorialized in one, the great musicians who played the street (in addition to Hendrix, Etta James made regular stops, along with Otis Redding, Little Richard and Marvin Gaye) on another. Other murals depict more contemporary figures and issues, serving as a reminder that the struggle fought on Jefferson Street decades ago is still ongoing. These murals explode with color and skill, and there’s not a set of angel wings in sight, thank God.

Jefferson begins rising slightly beyond the interstate, the dorm towers of TSU in the distance. The houses here address the sidewalk closely, the eaves of their low, angular roofs poking out nearly to the street, their tight gables stretching high. The block that was home to the Baron, between 26th and 27th, feels like it was once something of a town square for the neighborhood. The club itself shared a building with Brown’s Pharmacy and the first roller rink for Black Nashvillians. A row of one- and two-story brick buildings that wouldn’t be out of place across from the courthouse in, say, Centerville are across from where the Baron once was.

Today there’s a hubbub of commerce a little farther west at the rather awkward intersection of Jefferson, 28th, Ed Temple Boulevard and John Merritt Boulevard (the latter named for TSU’s legendary football coach). Black-owned bookstore Alkebu-Lan Images has anchored the corner for a quarter-century, and shares said corner with beloved restaurants Seafood Sensation and Amazing Glaze Chicken & Fish (home to a life-changing yeast roll). Men hawk shoes and handbags under a tent.

Turning left onto 28th, the vast expanse of Hadley Park — fronted by its midcentury library and futurist bandshell — spreads up the hill. The park opened in 1912 as Mayor Hilary Howse satisified a campaign promise that there would be a park exclusively for the use of Black Nashvillians in the segregated city. Howse was already a popular figure in the Black community because he’d been instrumental in drawing the Tennessee Agricultural & Industrial State Normal School for Negroes (later TSU) to the city despite Chattanooga being the odds-on favorite. Curiously, no one is quite sure which Hadley the park is named for. Conventional wisdom is that it’s named for John L. Hadley, a slave owner who, it is said, gave land for the park and land for TSU because he wanted the people he’d formerly enslaved to thrive. The property records are a little iffy on the point, and there’s at least some contemporary evidence the park was actually named for Dr. C.H. Hadley, a Black man who lived near what is now the park and was principal of one of the city’s segregated schools.

There was, briefly, a movement to rename the park for Malcolm X, though the suggestion was rejected by the Parks Board because of its policy not to rename parks.

And there is proof that it will take more than a slab of interstate to kill the soul of this street.