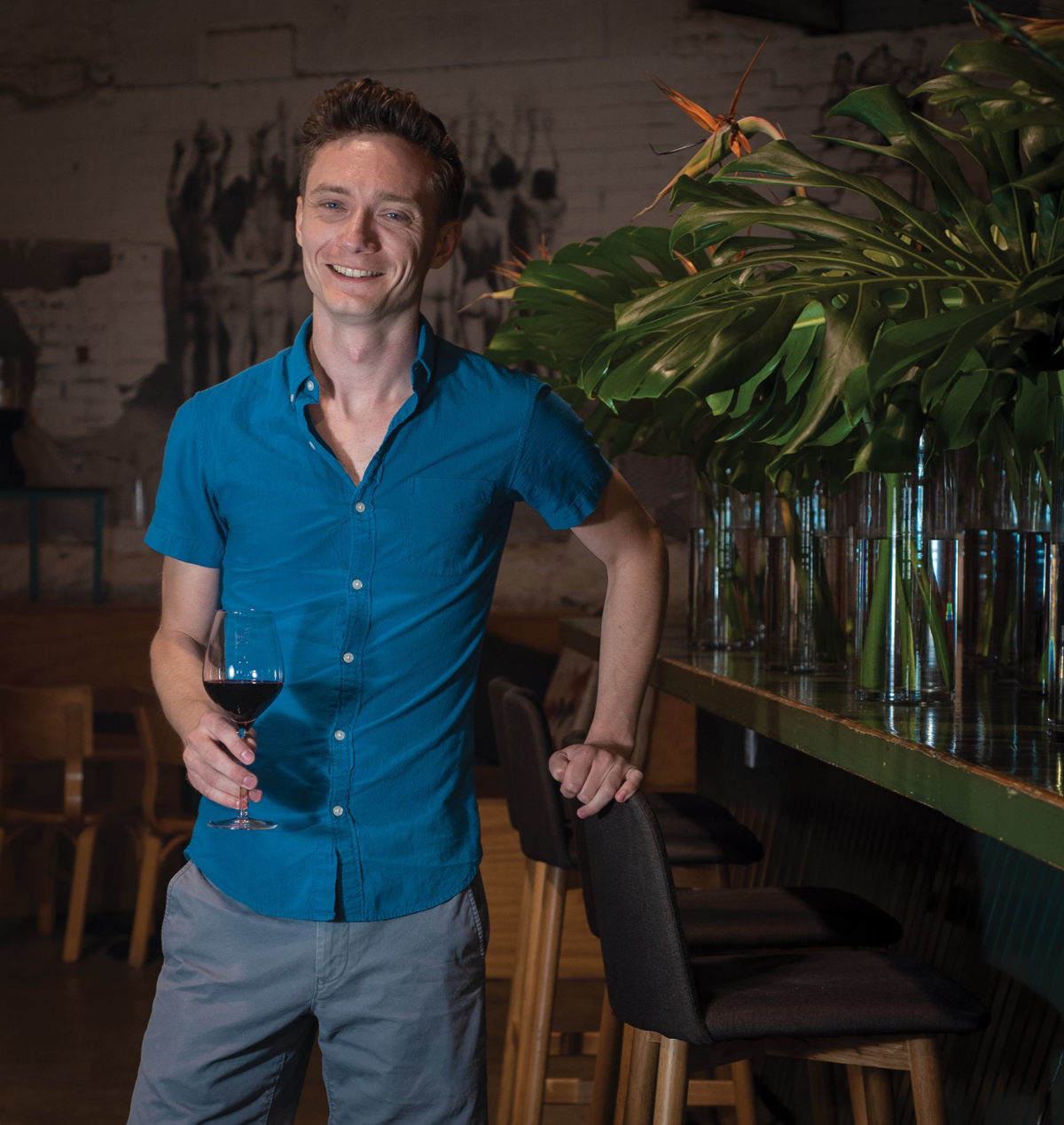 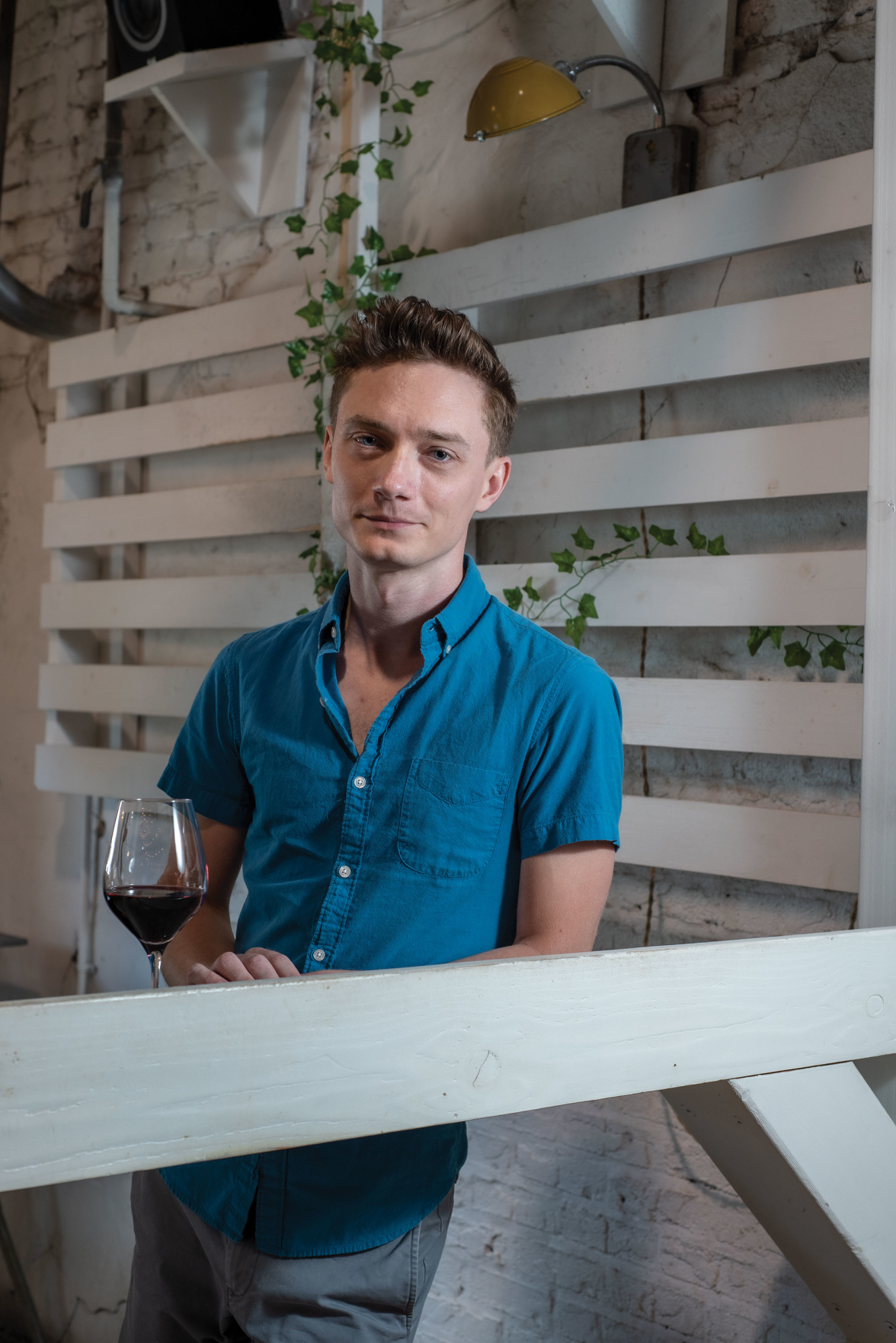 Let me say from the outset that I think Alex Burch might be slightly insane.

Now, he’s not insane in a Hannibal Lecter, stuck-behind-2-inch-Plexiglas kind of way — at least not from what I’ve seen. Burch, 29, is quiet and smart and has built impressive wine lists at Bastion and Henrietta Red. If he arrives at your table to make a suggestion, take it and you’ll be rewarded with interesting, sometimes-striking wines that might confound your idea of what a traditional pairing with food is.

No, he’s insane in an obsessive-devotion kind of way, and I have proof: He’s in the process of attempting to become a master sommelier, having recently passed his advanced test. Burch is not alone in his insanity, as hundreds of wine professionals go through the rigorous testing each year, only to fail due to the difficulty of the task. The Court of Master Sommeliers test, immortalized by the documentary Somm, is part service test, part theory test and part blind tasting. It has been known to break people — smart people, knowledgeable people — who take it. To even attempt this is insanity, at least to me.

We’re sitting at a table in Bastion, where he’s the wine director, at noon on a Monday. We’ve got two bottles of wine, provided by a wholesaler, wrapped in brown paper bags to conceal their identities. He asks me to uncork and pour the bottles — one red, one white — so we can do a blind tasting. I wanted to know what it takes to have a palate so finely tuned that you could identify a wine just by sampling it.

We pull the glasses of white in front of us. Burch has a group of fellow wine pros that he does blind tasting with on a regular basis, but COVID-19 has put this on hold for a few months. Mostly he’s been leading wine tastings online for the restaurants. He’s a little out of practice, but still up for calling two wines for me, a process in which he describes, out loud, everything he’s seeing and tasting. It’s how the master sommeliers will judge whether he’s good enough to join them.

“This will be, honestly, probably pretty dry,” he says. “Yeah. So it’d be like, once you touch the first glass, your time starts. Oh, God. All right.”

He clicks his stopwatch and begins his description. If this were a real test, he would have 25 minutes to identify six wines, so he’s given himself four minutes and 10 seconds to call the white. A real test would also include an intimidating panel of masters — not me. There was a cheating scandal in 2018 that rocked the sommelier world, so when Burch took his advanced test, he said there were a lot of precautions. That only heightens the anxiety of the test takers.

“So this is a clear white wine, straw with a medium-concentration color, no rim variations, silver and green hues, no evidence of gas or sediment. And then we are looking at — let’s see what we get for viscosity.”

He begins swirling his glass. There are pieces of white paper on the table for us to use as a solid background to make a visual examination. I realize this, of course, after we are done tasting. I’ve been holding mine up to a light coming through the window, stupidly, which was a little blinding.

Burch is looking for a thickness in the wine, something that will separate the varietal from other possibilities. Whites in general tend to be thinner than reds. I’m staring into the gold liquid trying to look like I’ve done this before. We bring the glasses up to smell them.

“On the nose. Wine is clean, youthful, moderate, aromatic intensity. As far as fruits are concerned, we’re looking at ripe yellow apple. Pear. And a creaminess to it too. And maybe indicating some malolactic fermentation. Has heavy tiers. Kind of a flinty character. Yeah. I think maybe a vanilla thing.”

I’ve always been fascinated by the descriptors wine enthusiasts use. I’ve eaten a pear. I know what it looks like. But what does a pear smell like? What does a yellow apple smell like? It’s easy to mock, but think of it as a vocabulary — we’re not so much talking about a literal pear. It’s pear-inspired. It’s a way to talk about the commonalities of an endlessly complex substance. Burch never really liked wine until a few years ago. He only began learning about it to get promoted to a serving position at Kayne Prime. At some point, it began to click for him, and he got his first certification. Now he can artfully distinguish between pears and yellow apples.

We take our first tastes.

“OK. Not a ton of organic earth here. Generally fruit and oak-driven, and we’ll move on. Yeah. Cool. On the palate the wine is dry. Fruits, confirmed the nose. We’re looking at, again, yellow apple, pear. There was a creaminess, and again, indicating malolactic fermentation of vanilla or almost like a sweet vanilla thing going on. Yep. Yeah. Sweet vanilla. So I think indicating oak usage again, new oak, and I guess here’s more for a minerality, like a wet river rock, not much for organic earth. And we’ll just go ahead and move to structure.”

Now we’re into the terroir, the word the French use to describe all the environmental factors that shape a wine, including soil, sunlight and altitude. Each note is a giveaway to the hidden wine’s location. In order for him to pass his advanced test, Burch began a regimen of 160 flash cards per day, a number based on an algorithm for optimal memorization. He can explain the theory behind different varietals and describe how microclimates make subtle changes in the same grape. All of that knowledge has him narrowing the range of possibilities.

“Structurally, the wine is dry. OK. Acid is moderate. Alcohol is high. The body is full. The texture is round or creamy. The wine isn’t balanced though. And we’re looking at — God, what else? Moderate plus length and finish, moderate complexity. Possible grape varieties here are chardonnay, viognier. I’m gonna take this to the New World, to a — let’s see, warm climate. And age range here is probably one to three years. And possible countries are the U.S., Australia. Then we’ll say that this is a chardonnay from the U.S. — California, North Coast, Sonoma, Russian River Valley. From 2018.”

He clicks the stopwatch at 4:15. It would be a decent pace if he were taking the test. We repeat the exercise with the red, which he identifies as a nebbiolo grape from the Piedmont region of Italy. His call is a 2015 Barolo.

I peel back the wrapping on the white to find a 2016 Arista Chardonnay, a vineyard steps from the Russian River in Sonoma County, Calif. The red is indeed a Barolo, a 2013 vintage from the mountainous part of Northern Italy near Turin and Milan. He was slightly off on the years, but nailed both of the grapes, styles and regions.

Burch breaks a small smile. Not an overconfident smile, or even a, “Well, look what I did,” kind of smile. It’s the smile of someone who’s been completely immersed in a world and able to share a glimpse of what he’s learned from it. It’s the kind of smile you can share after years of study and flash cards and tastings and anxious preparation for a test that seems utterly and completely incomprehensible to a mortal like me.

Alex Burch might be slightly insane, but I would trust any glass he ever put on my table.