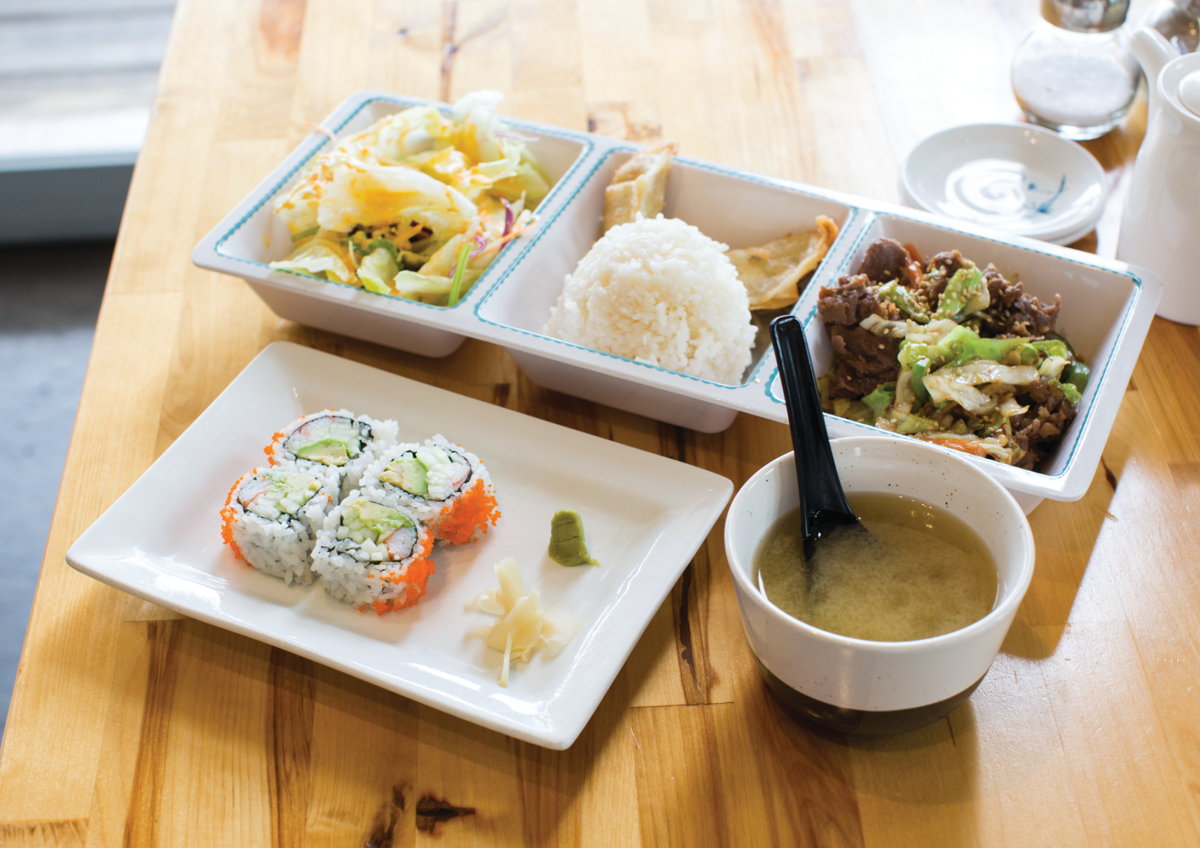 Southerners love fixin’s. It’s indisputable. More than just a side item, a fixin’ is an accessory that elevates a meal into an event. And these days, if you want a good fixin’, you aren’t limited to just meat-and-threes. At Maru, a newish Japanese and Korean restaurant on East Nashville’s rapidly developing Fatherland Street, you can get a lunch special that comes with an array of fixin’s that advance the traditional bento box into the realm of greatness.

I like the Beef Bulgogi Bento Box, which starts with a bowl of miso soup. It’s savory and delicious, and by the time I was halfway through on my most recent visit, a salad made with crisp lettuce and ginger dressing had arrived. So far, so good. But by the time I was done with the salad, a plate of yummy California roll, pickled ginger and wasabi was on its way. I was starting to feel like I was working the conveyer belt in the chocolate-factory episode of I Love Lucy — the fixin’s just kept coming! Next was a plate of beef bulgogi, slightly tangy and perfectly paired with a clump of steamed rice and pork dumplings. To be honest, the dumplings were the star of the show — the little fried morsels were better than dessert. Maru has a lunch hour that extends from 11 a.m. to 2 p.m. (3 p.m. on Fridays), and there’s no doubt I’ll be back to try the teriyaki lunch bento — you can get it with tofu, chicken, salmon or shrimp. There’s basically no need to ever eat anywhere else.