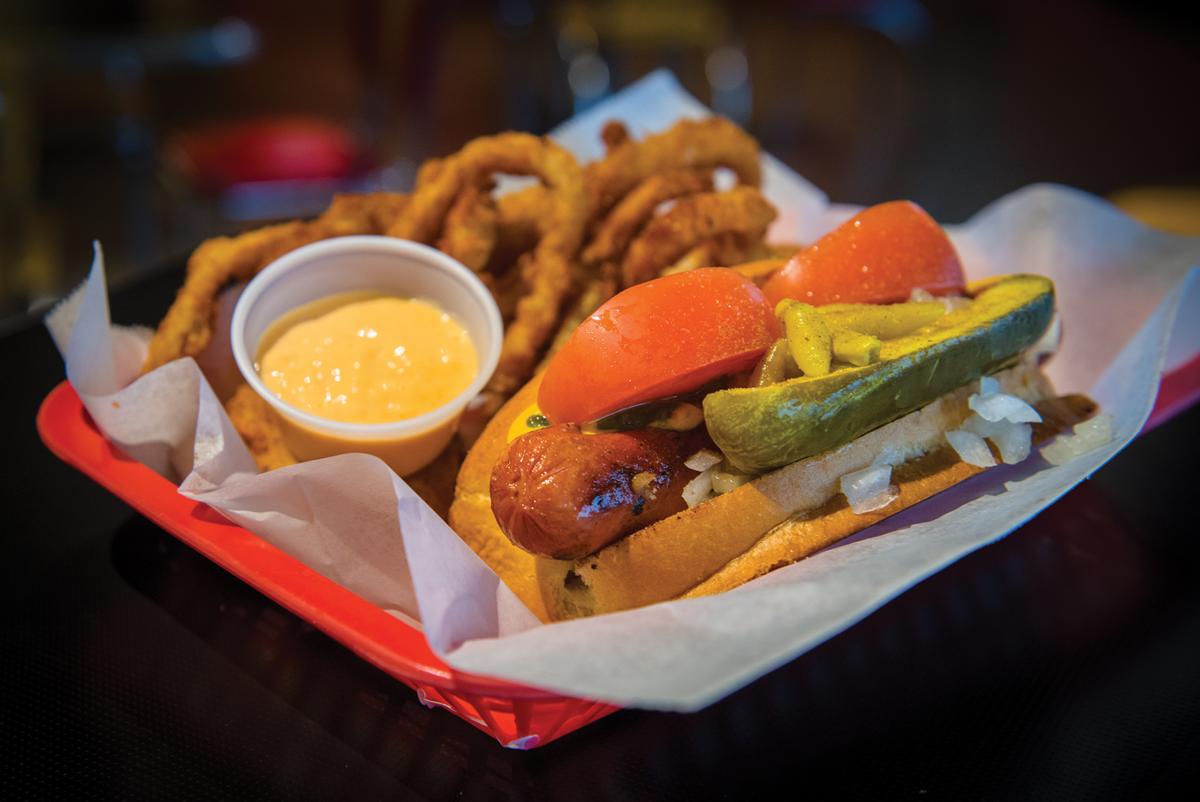 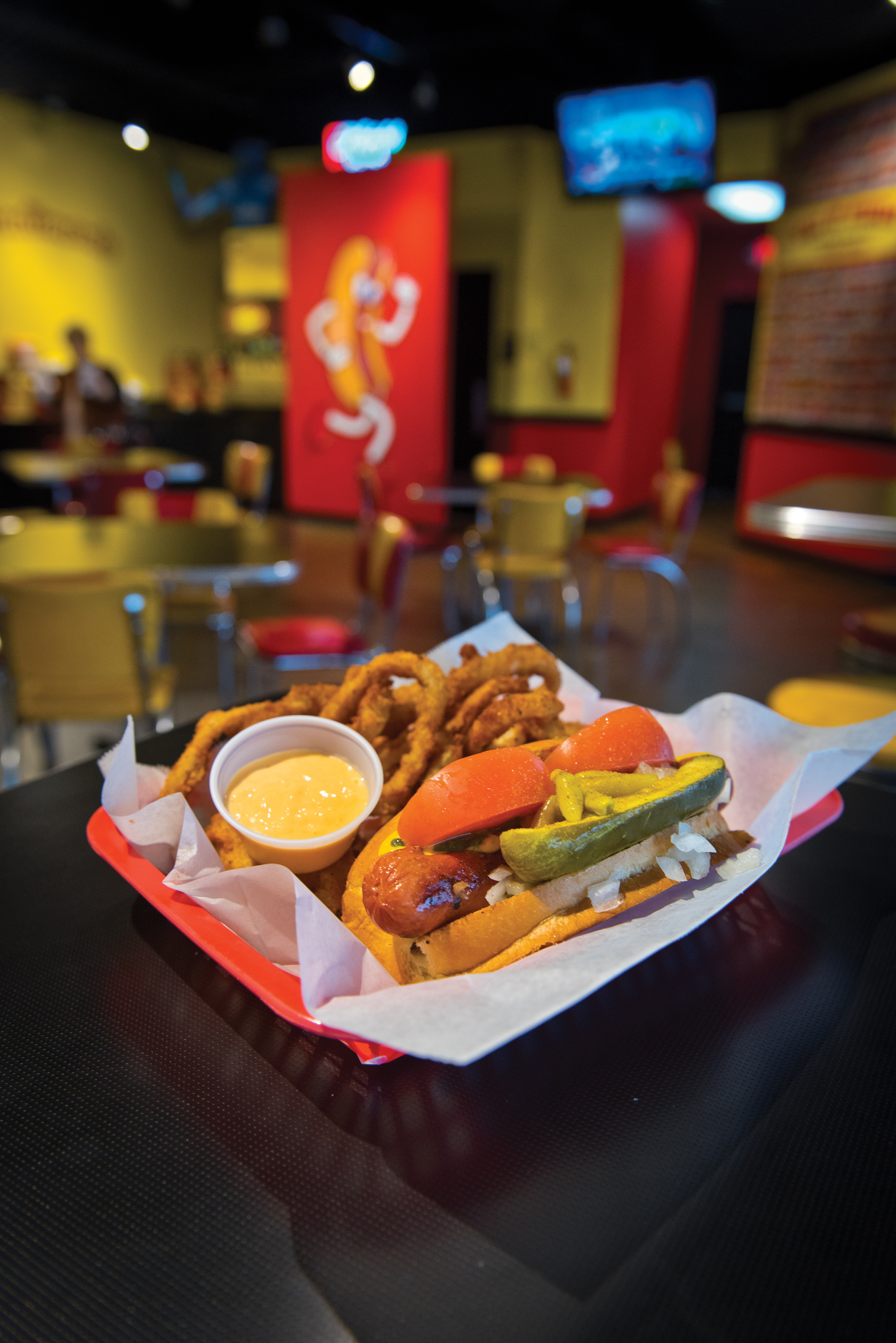 As a longtime Hot Diggity Dogs fan, I was devastated to hear that the restaurant was closing permanently in January. On the bright side, it gave me a push to seek out some of the other fine dogs available in Music City. At Cori’s near Centennial Park, with its floor-to-ceiling menu of meat options and topping combos organized geographically, I went for an old standby: the Chicago Dog. Although the dog included some elements that purists will denounce (a Sabrett wiener from New York on a buttered, grilled New England-style bun in place of Chicago’s traditional Vienna Beef dog on a modest poppy-seed bun), I was far from disappointed.

Cori’s version comes stacked high with classic Chi-Town toppings — yellow mustard, neon-green sweet-pickle relish, a dill spear, chopped onions, tomato wedges, sport peppers and celery salt — for a satisfying balance of tangy, sweet, spicy and savory flavors. It’s so big that you’ll need both hands and a reserve supply of napkins, and it softened my resistance to the argument that a hot dog is a sandwich. The battered, perfectly crisped onion rings are $2.59 extra, and a 16-ounce drink is $1.89. Another bonus: The soda fountain at Cori’s is the first one I’ve seen since Bill Clinton’s first term that offers RC Cola.