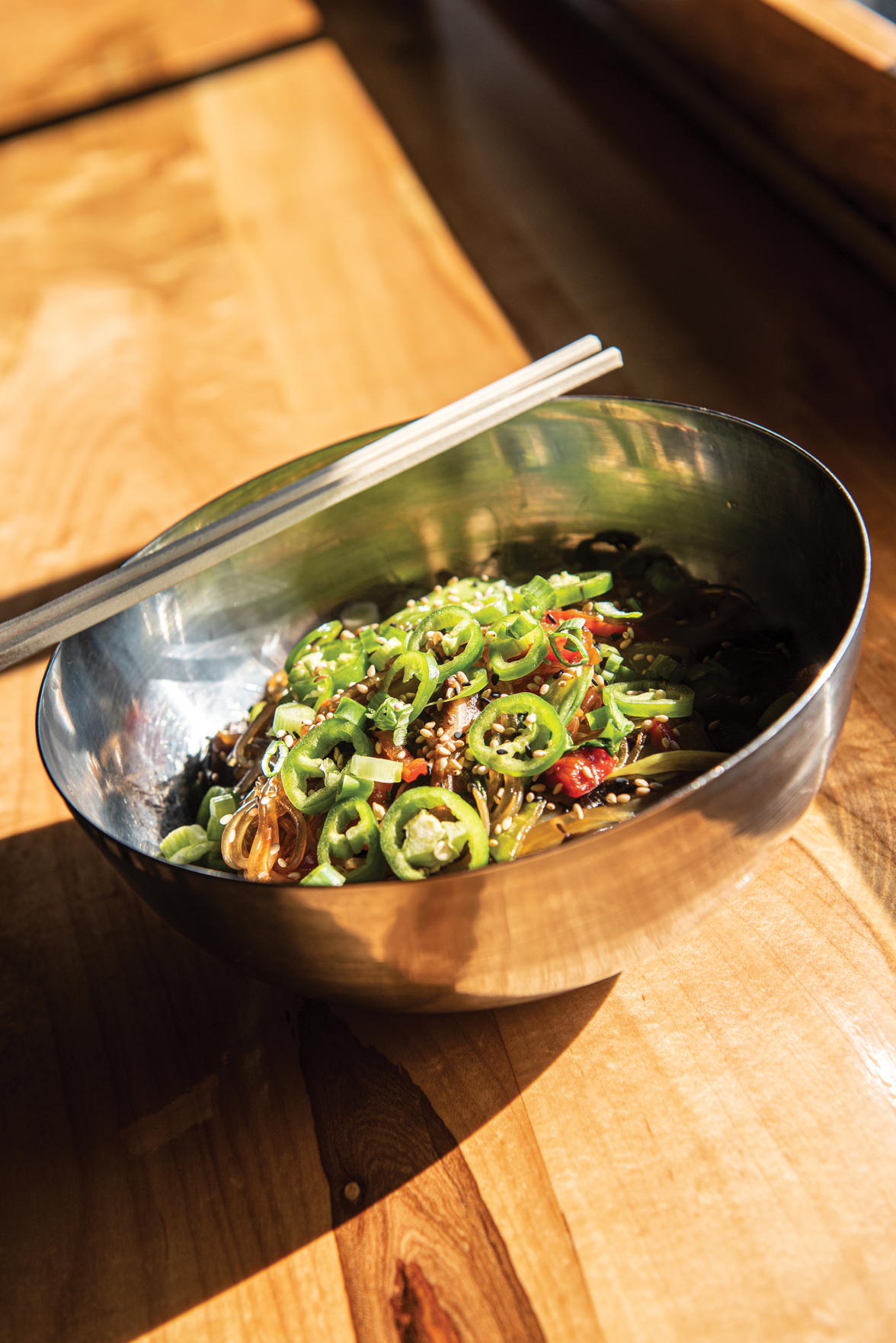 Since it opened late last year, East Nashville’s Babo — operated by Duke’s co-owners Joseph Plunket and Sara Nelson, along with brothers Tim Song and Danny Song — has offered a spot that’s just as good for a savory Korean meal as it is for a casual hang. Tucked away at the southernmost point of the Inglewood neighborhood, Babo is housed in the building formerly home to Pied Piper Eatery. Its menu features a number of gems, including a wonderfully filling take on the traditional dish bibimbap, as well as a great pork bulgogi and a kimchi hot dog offered on the late-night menu.

But the dish that keeps on calling to me, over and over again, is Babo’s big bowl of glass noodles. Made with sweet potatoes, the noodles are combined with bok choy, mushrooms and an assortment of peppers and served in a large metal mixing bowl. You can throw in tofu for a couple extra bucks, but I prefer the noodles as they come — a heaping portion doused in soy sauce that provides a satisfying umami flavor. No matter how hungry you are, you’ll almost certainly have leftovers, and the noodles (which come to $10 after tax) make for a great late-night snack or morning-after breakfast. I recommend ordering them with an ice-cold Hite (a South Korean beer) and a shot of soju (a light Korean spirit that goes down easy).