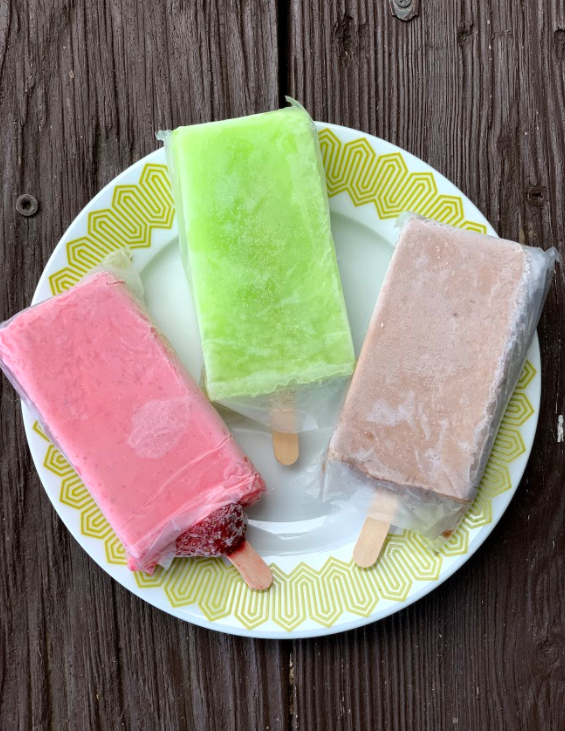 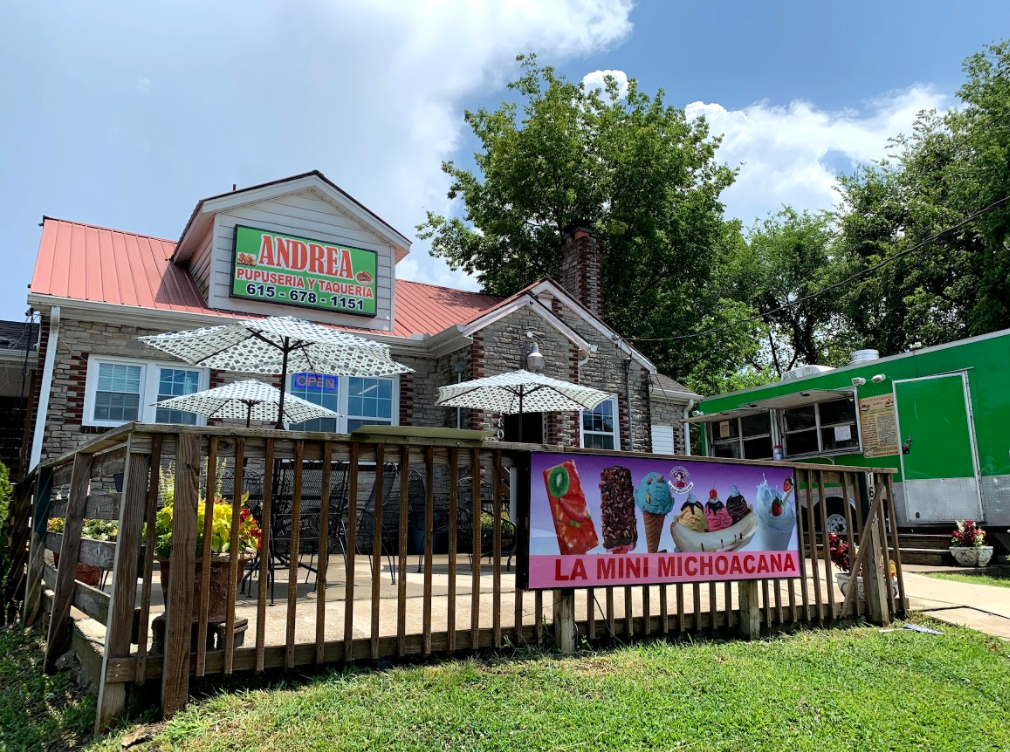 Much of the restaurant industry had to rapidly change its business model due to COVID-19, and we’re highlighting the Nashville places that are attempting to stay open. As we hang out here in Phase 2.0 at least though mid-August, we’re continuing to give you a critic’s pick for a restaurant and a dish, as well as a running list of restaurants offering takeout and delivery that you can support. Today: Taqueria Andrea and La Mini Michoacana

It’s been hot. So freaking hot. So hot that I just wanted a fresh popsicle. Not a watery frozen ice pop from the grocery store, but a paleta — frozen fruit and condensed milk on a stick. Something with some bite to it. Fortunately, I found my way to La Mini Michoacana.

Omar and Candy Guerra have owned Taqueria Andrea at its current location, 1605 Dickerson Pike, for five years. (Before that they had a food truck down the street.) They serve Salvadoran, Honduran and Mexican favorites, including pupusas and tacos. The actual cooking takes place in the food truck outside, and inside, the brick house is set up with table service (they’ve taken out some tables this year so there’s lots of room for social distancing and reduced capacity).

Omar really loves ice cream, says his daughter Alejandra Guerra. Two years ago he was looking at the extra space they had in the building, and decided to make his favorite treat available to his customers, and let’s just say, he went big. He added not only homemade scooped ice cream but also homemade paletas and also shaved ice to the Taqueria Andrea space and named his sweet tooth offshoot La Mini Michoacana.

On the menu are more than 25 different flavors of paletas, both dairy-based and water-based, depending on what is in season. Omar can’t pick a favorite — he's been known to taste up to five a day.  Alejandra is partial to jocote, which is a Spanish plum, and strawberry pineapple, which she describes as tasting like your favorite smoothie. I opted for several to stock in my freezer for when the heat got to me (again) later: chocolate, strawberry and spicy cucumber. You can see the whole strawberries in the pop, and each one is a blast of flavor — and for $2.50 each, it's the best way for me to cool off and feel like summer was somewhat normal. I got so distracted by colorful displays of paletas fanned out like paint chips that I didn’t even try the scooped ice cream, which is good, because now I have a legit excuse to go back.

If you’ve had a Las Paletas-shaped hole in your summer since that the 12South staple announced it was putting its business “on pause,” La Mini Michoacana will more than fill it. Varieties change regularly, so that’s another legit excuse to go back. (Personally, I am waiting for the Ferrero Rocher to be back in stock.)

And as I mentioned, La Mini Michoacana is located inside a taqueria, so you get the bonus of the savory treats before your paletas feast. Omar has Salvadoran and Honduran background; Candy is Salvadoran, and both have traveled extensively in Mexico and learned how important Mexican foods are in the United States, so Alejandra says they made a point of learning to cook Mexican dishes too.

Taqueria Andrea and La Mini Michoacana are open Monday through Saturday, and they make it easy to grab to-go orders and are following COVID-19 protocols regarding social distancing, masks and more. There are several outdoor tables with umbrellas for sitting and enjoying your frozen treat if you aren’t headed home to stock your freezer like I was. You do need to walk inside to place your order (yes, the hot food is made in the truck, but the register is inside). There are folks on staff inside who speak both English and Spanish. You can call in your order if you are in a hurry (615-678-1151), but then you don’t get to peruse the ice cream and paletas options of the day, so that’s not a decision I personally would make.

Places with takeout or delivery as of Wednesday, July 29