Buffalo Tempeh Wrap with a side of broccoli salad 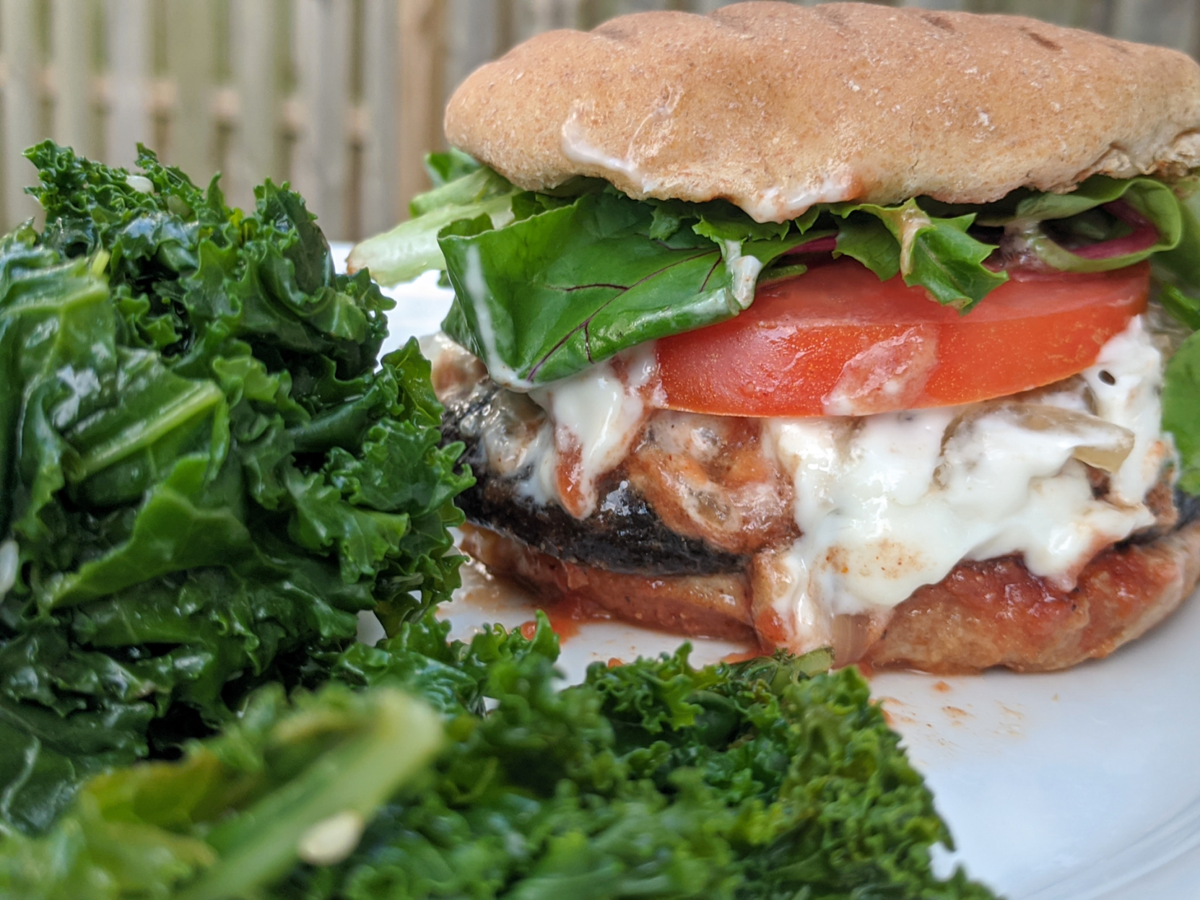 Southern BBQ Veggie Burger with a side of kale salad 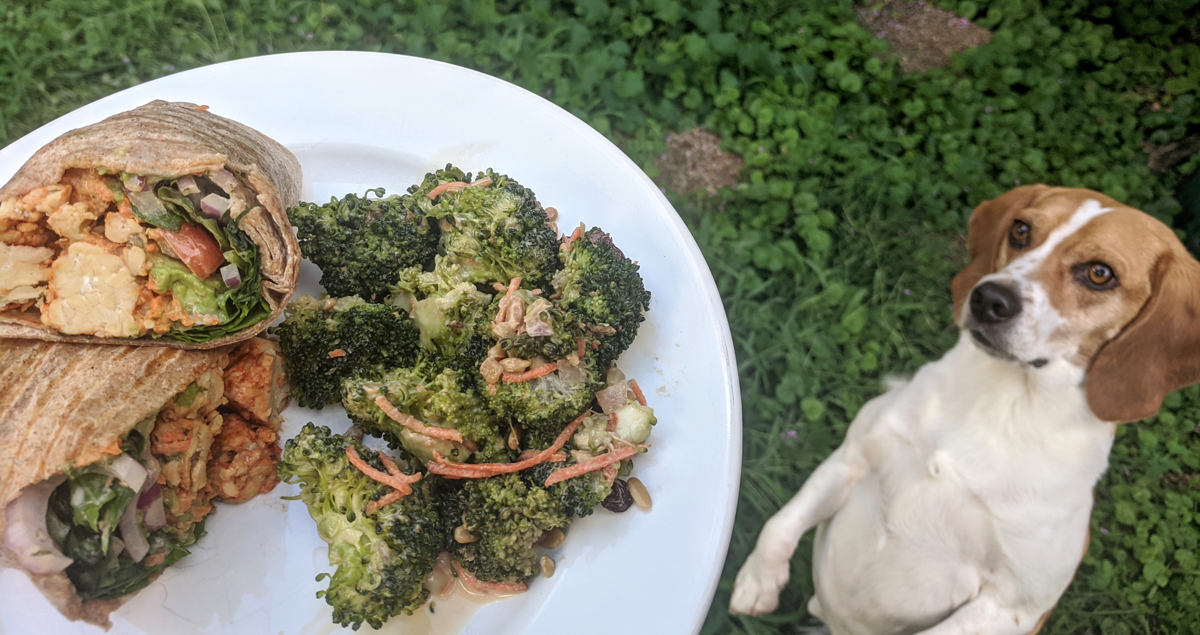 Dog approved, and he's not even a vegetarian!

Much of the restaurant industry has had to change its business model in a couple of weeks due to COVID-19, and we’re highlighting the Nashville places that are attempting to stay open. We'll give you a critic’s pick for a restaurant and a dish, as well as a running list of restaurants still open that you can support. Today: Sunflower Cafe.

I've never been much of a meal planner. When COVID-19 hit and my husband and I were faced with having to stock our fridge with enough food to last a couple weeks, I wasn't sure where to begin. Amid the brink-of-a-pandemic chaos at Kroger we grabbed cereal, rice, pasta, cheese and bread. We figured the more we could buy that would last a long time, the better. And besides, all that remained of the produce section by the time we got there was ugly potatoes and mealy bruised apples.

Those first couple weeks of nothing but cheese, carbs, frozen vegetables and bananas (which became banana bread because we didn't eat them fast enough) were long indeed. Things have leveled out a bit since March (remember March?!), but as we still try to limit our store runs to once every 14 days, we can't completely avoid those last few days where we're scraping the bottom of the pantry.

I'm not entirely complaining! A lot of pantry food is economical and can be supremely satisfying when done well. In this pandemic I learned about and fell in love with Victoria Granof's Pasta con Ceci, for example.

But when all the perishables have, well, perished, I still long for something green, something fresh, and I don't want to have to bob and weave through dozens of anti-social-distancing zombies to get it. So this week, without a single vegetable in the house and zero energy to deal with the weekend crowd at the grocery store, we opted for dinner from Sunflower Cafe, the glorious vegetable haven in Berry Hill.

The Buffalo Tempeh Wrap ($6.99) was surprisingly hearty, loaded with a very generous serving of tempeh tossed in tangy buffalo sauce, lettuce, tomato and red onion. Tempeh (fermented soybeans that are formed into a block) is underused, if you ask me. I highly prefer its nutty, dense bite to tofu's flavorless squish any day. I paired my wrap with a big scoop of broccoli salad ($2.99) with shredded carrots, raisins, sunflower seeds and chunks of broccoli cut big enough to hold their fresh crunch in the creamy dressing.

My husband had the Southern BBQ Veggie Burger ($6.99) with vegan cheddar ($0.75) and a side of sesame-y kale salad ($2.99). The flavorful dressing tenderized the leaves perfectly, so he wasn't left with that chewin' cud feeling that so often comes with raw kale.

It was the rejuvenating injection of nutrients and vitamins my body was craving after days in which the only fruit and vegetables I ingested included a too-old-to-eat-raw apple baked into a Dutch baby pancake and relish on a veggie dog.

I know I'll have to go to the store eventually; I know I'll have to face the crowds and the carts and the people who think lace counts as a face mask. But placing a veggie-packed dinner order online and picking it up 30 minutes later with little to no contact with anyone is a real nice for those days when our fresh options are as depleted as our strength to put up with other people's bullshit.

Open Monday through Saturday, 11 a.m.-9 p.m.; order online for pickup or delivery (within 3 miles) at sunflowercafenashville.com.

Places with takeout or delivery as of Tuesday, July 21