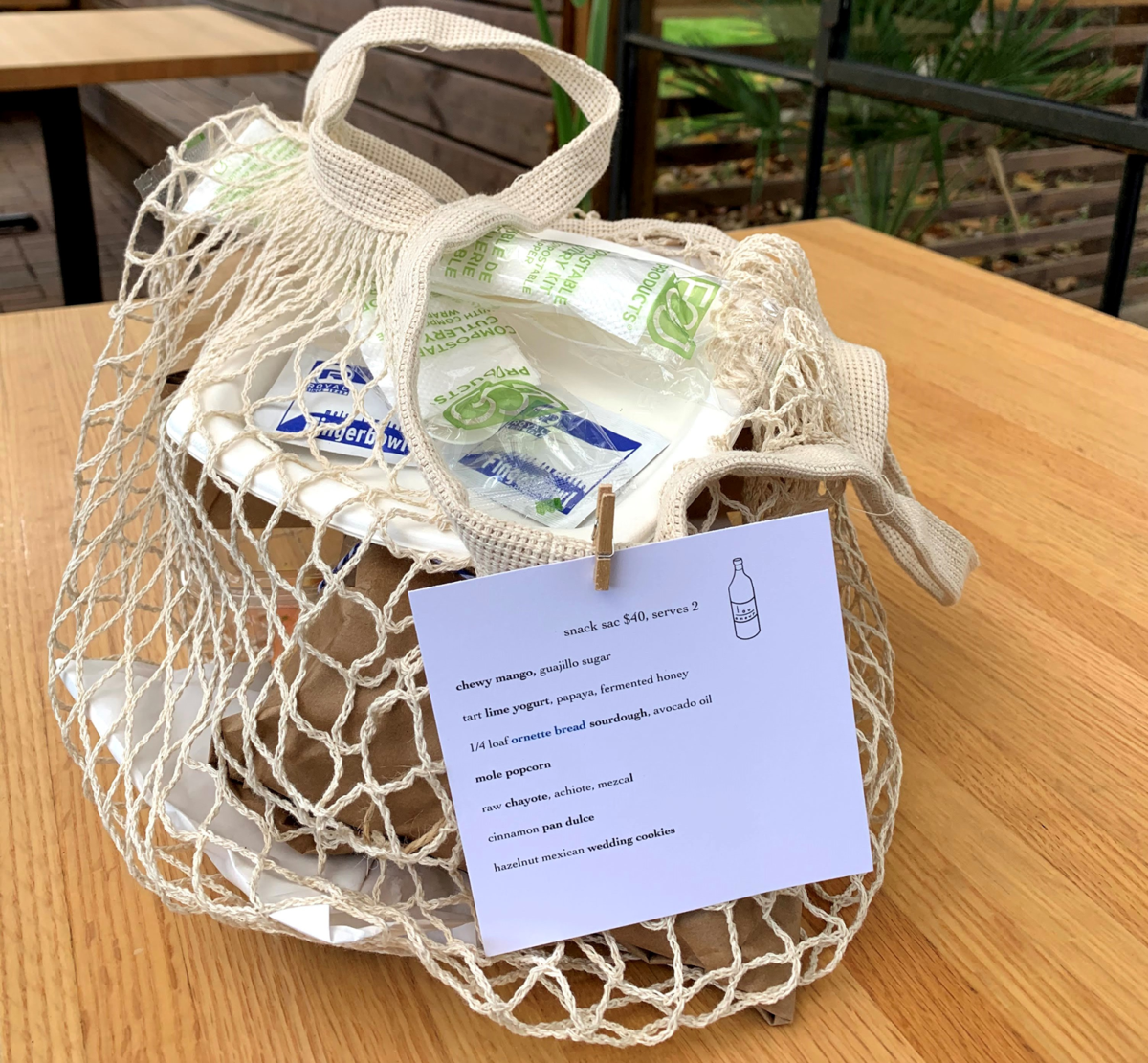 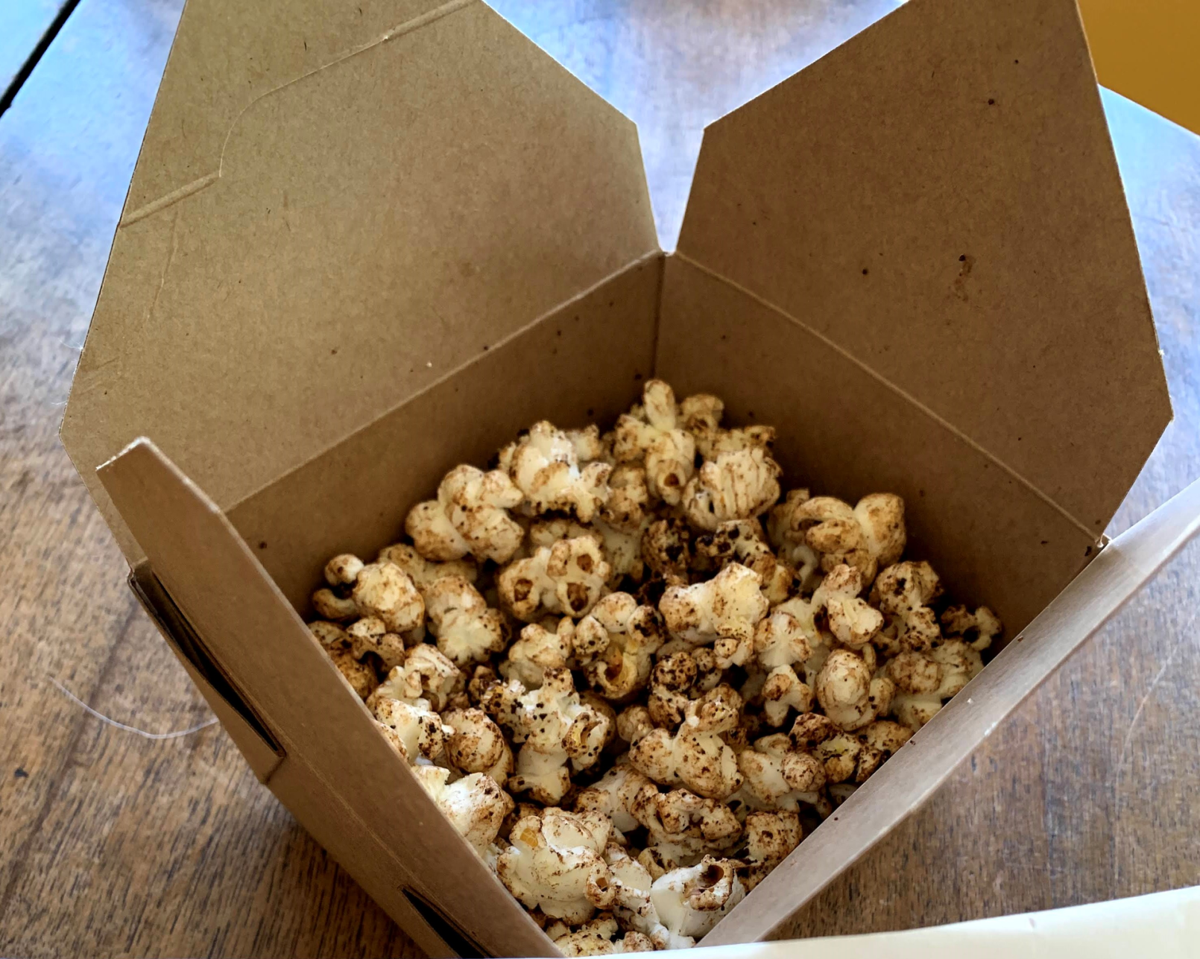 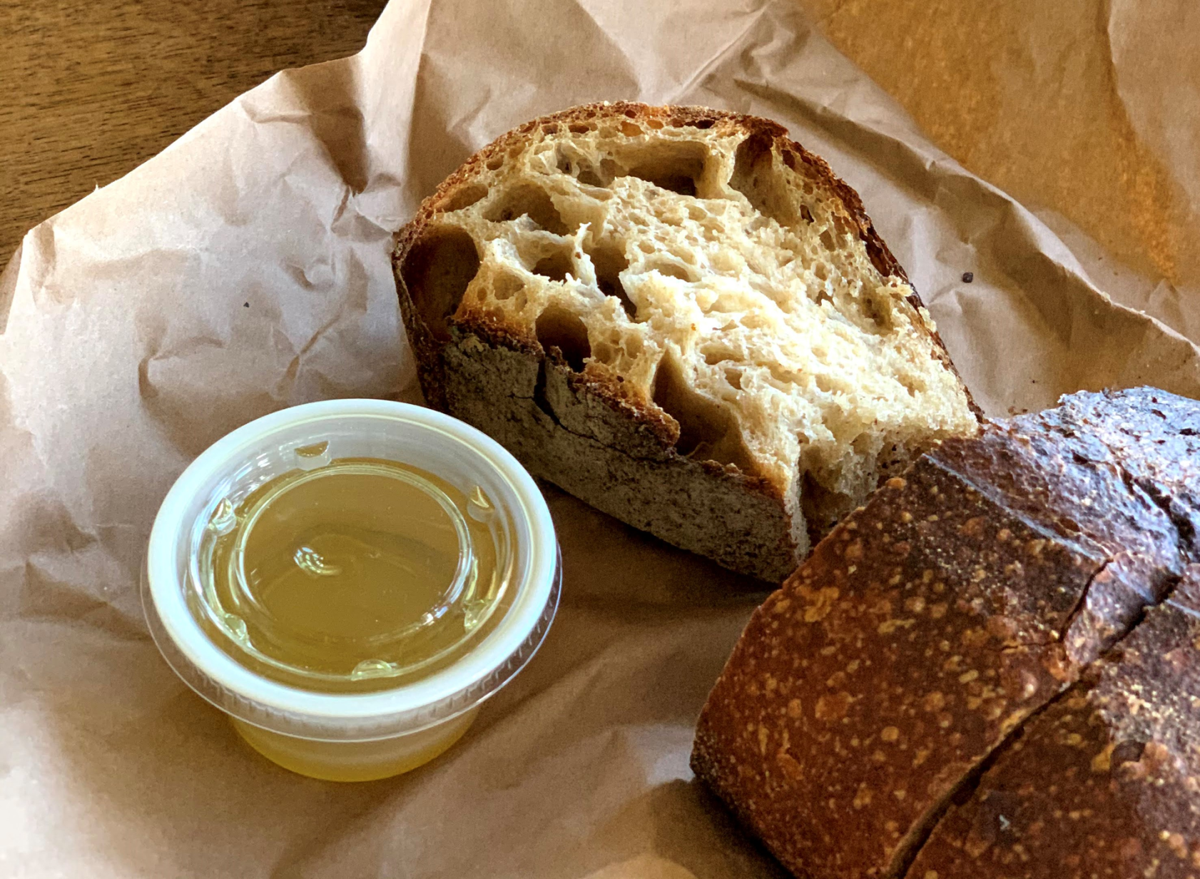 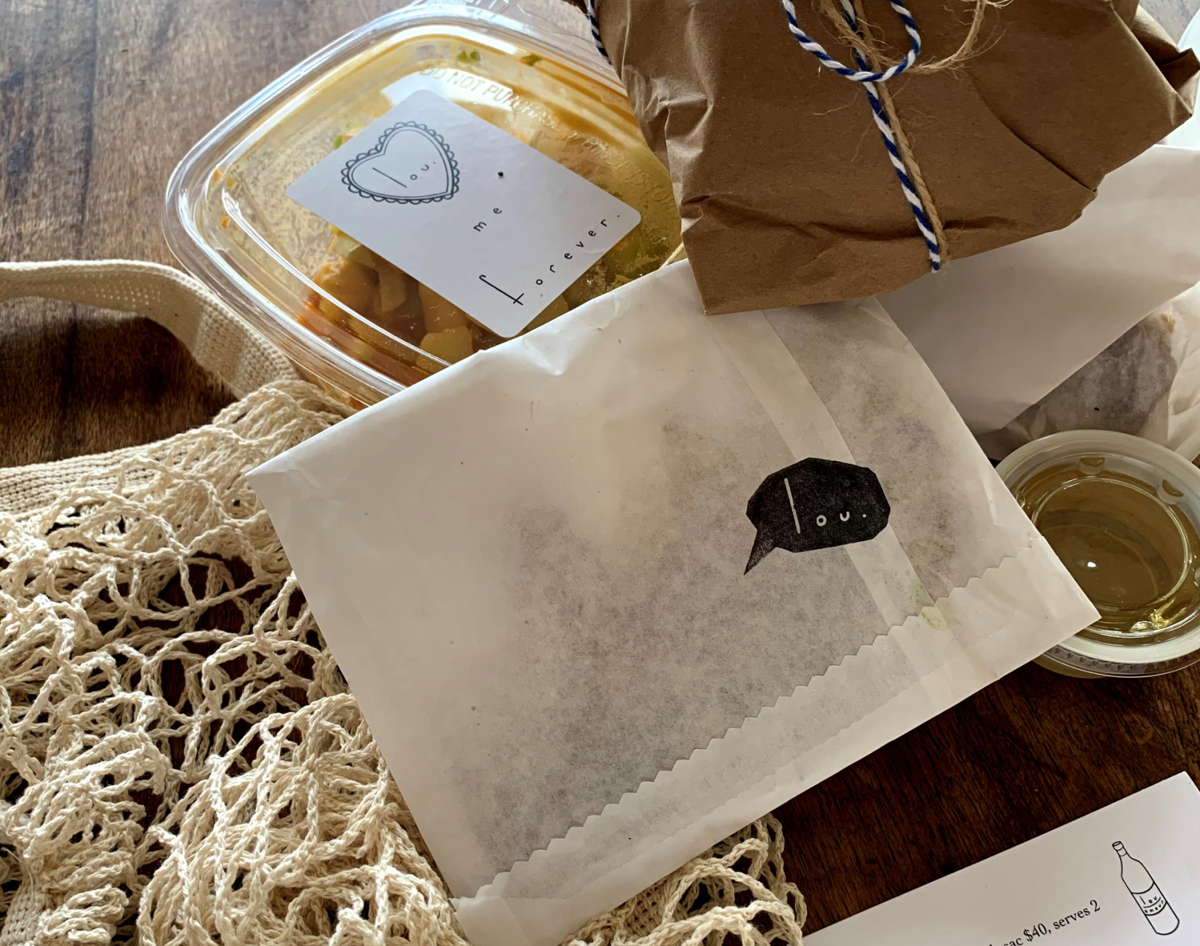 Much of the restaurant industry has had to rapidly change its business model due to COVID-19, and we’re highlighting the Nashville places that are attempting to stay open. Each day we will give you a critic’s pick for a restaurant and a dish, as well as a running list of restaurants still open that you can support. Today’s pick: lou.

Last week I felt like I reached peak quarantine 2020 lunch:

All of this goodness was courtesy of

, the Inglewood cafe with all-day brunch and dinners that make you feel like you are having a leisurely repast in Paris.

Chef-owner Mailea Weger designed lou’s takeout offerings to be on-brand for her restaurant, which is less than a year old. You won’t find yet another Styrofoam container here. Instead, she’s lovingly packed food into: white paper bags stamped with the restaurant logo; reusable plastic containers for wet liquids, again with the logo and hearts; and cardboard boxes, all arranged in a reusable fabric net bag. Toss in a bottle of wine or other beverage of your choice and you’re ready for a socially distanced excursion.

I went for the Snack Sac, which included: the aforementioned bag; chewy mango with guajillo sugar; a quarter loaf of Ornette sourdough infinitely better than the sourdough I make at home; a tart lime yogurt with papaya and fermented honey that I would have bathed in if I was given the opportunity; mole popcorn, which, while I eat popcorn several times a week, was nothing like anything I have eaten; raw chayote; cinnamon pan dulce; and hazelnut Mexican wedding cookies. The Snack Sac is $40 for two people, but I found it to be plenty of food for multiple meals, even while sharing some with a friend (though not the yogurt and papaya, that I did not share).

Other takeout combos available include more substantial  brunch and dinner options, plus the breakfast cake and wine combo that is famous amongst lou fans.

Order online and then pick up by entering through the back patio (which is lovely; we told you about it in March). Pickup is well-organized, and there’s plenty of hand sanitizer, with staff wearing masks. The to-go options are so well-packaged that if you aren’t in the mood for a fancy picnic right now, which would be understandable, you can easily gift them to someone who is having a hard go of it. We all know people who could use a takeout pick-me-up.

Places with takeout or delivery as of Tuesday, June 2