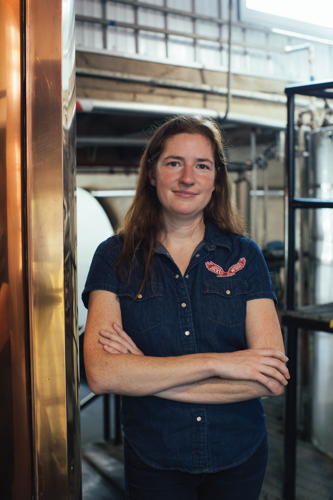 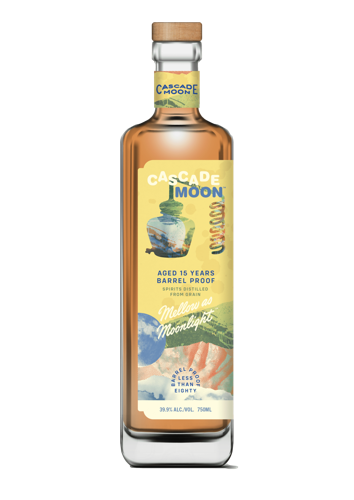 When it comes to whiskey snobs, the absolute snobbiest of the lot are those who only want to drink the highest-proof single-barrel products. While these super hot whiskeys can indeed demonstrate many of the nuances drawn from the time in barrel and exhibit some remarkable characteristics of the mash bill of chosen grain proportions, it’s not like the liquid has never had water added to it already.

By definition, bourbon must not be distilled at higher than 160 proof, or 80 percent alcohol by volume — unlike some clear spirits that can come off the still at much higher proof levels. The unaged spirit must enter the barrel at no more than 125 proof, so in just about every case, that future bourbon must be watered down (or “proofed down”) at that point. That means that even if you say that you don’t like water in your bourbon and prefer the highest proof possible from a single barrel, you’re already drinking watered-down whiskey.

Here’s where things get really interesting, though. Again by definition, bourbon (and Tennessee whiskey by extension) must be bottled at 80 proof or higher to officially be declared a whiskey in America. Usually, this isn’t an issue, even if the mythical angel’s share of alcohol evaporation that occurs during aging might rob some of the proof from the final product.

Except when it is an issue. That’s the situation that Cascade Hollow Distilling Co.’s distiller Nicole Austin confronted and currently addresses with the latest release of her Cascade Moon series of interesting and experimental whiskeys from the stores of the George Dickel Distillery in Tullahoma.

Cascade Moon 15 Year Old Barrel Proof is a unique product, so unusual that it can’t even be called a whiskey. I’ve heard Austin talking excitedly about this spirit for more than a year, and I have been anxiously awaiting its release. On a recent Zoom call, we talked about it.

“My paranoia level is high,” she admits. “But I’m always a little neurotic anyway.

She's nervous because the spirits inside the barrels that she chose for the release have fallen below the threshold for whiskey, bottled instead at 79.9 proof. “It didn’t meet the criteria to be a whiskey,” she explains. “We have to call it a spirit distilled from grain.”

Austin didn’t specifically go looking for oddball barrels to pick a fight with consumers who assume “barrel proof” means robust, high-alcohol whiskey. “When we pick barrels from our 15-year-old program," she says. "I choose them based on sensory experience alone. The team checks on ABV afterwards. We found a number of barrels that couldn’t be a part of our single-barrel program because they had lost more alcohol than usual. I became really interested in the phenomenon, and saw a chance to rebuke the assumption that proof is a proxy for quality."

So why does the alcohol level sometimes go up and sometimes go down in a barrel during aging? “We don’t fully understand the angel’s share,” Austin admits. “During aging, two things are leaving the barrel through the pores of the oak — alcohol and water. If water leaves faster than the alcohol, then the proof goes up, and vice versa. Lots of factors affect that. Humidity is a big one, because high humidity slows the rate the water leaves [as it seeks to maintain equilibrium with the environment outside the barrel]. The same way, the amount of alcohol in the surrounding air can also affect how fast alcohol leaves the barrel. At Dickel, we primarily use single-level warehouses, so it’s not like the sixth floor of a  Kentucky rickhouse where there’s a lot more alcohol in the air that leads to the proof going up.”

Dickel already enters the barrel at a lower proof than at most distilleries, 115 instead of the max allowable 125, so these barrels started out with less alcohol in the first place. It sat through 15 Tullahoma summers primarily on the lowest levels near the floor of the two warehouses where Austin stashes her oldest spirits, and the humid environment encouraged the water to stay in the barrel; the lack of extra alcohol fumes surrounding the barrels led to higher evaporation of ethanol. That’s how these barrels ended up not being whiskey at all.

“The conditions slowed the maturation and led to a more balanced end product,” Austin beams. “I wanted to show that lower-proof whiskey doesn’t suck! It’s not necessarily better or worse, but it’s a spirit of quality worth considering. The obsession with high-ABV whiskey completely confuses me.”

The final product is indeed remarkable, displaying the nuances of really old whiskey without the overly tannic cedar notes that often dominate some of Dickel’s oldest products. Austin is proud of what she has found and blended. “It’s really intriguing, and I like that you can’t immediately place it in a category. I love the fruity and vanilla aromatics, almost a plum note. I feel like that’s an essential characteristic for American whiskey. I really like the structure on the palate and that the age hasn’t made it unpleasant or overly drying.”

Most of all, she likes that Cascade Moon 15-year-old Barrel Proof is unique. “It’s fun for me,” she says. “I like to be a little bit cheeky, but always with some empathy for someone who might like something different. It’s a conversation. When I first started distilling, I thought there was this ideal of whiskey you had to chase, but it’s supposed to be a joyful thing! Wish I’d been taught how to enjoy whiskey when I was starting out.”

Since it’s already a lower proof level, I asked Austin if it should be enjoyed straight-up without ice or a little bit of water. “You do you!” she suggested. “It’s supposed to be fun.”

What it isn’t is inexpensive — it's $125 a bottle on the shelves of local liquor stores. But this is indeed a rare bird, something that probably shan’t pass this way again. Born of unusual circumstances more than a decade ago, this (not) whiskey is truly unique.

And Austin has one last word for proof snobs who equate ABV with quality: “If I could tell how good a whiskey is by a number, why are we even doing this?”