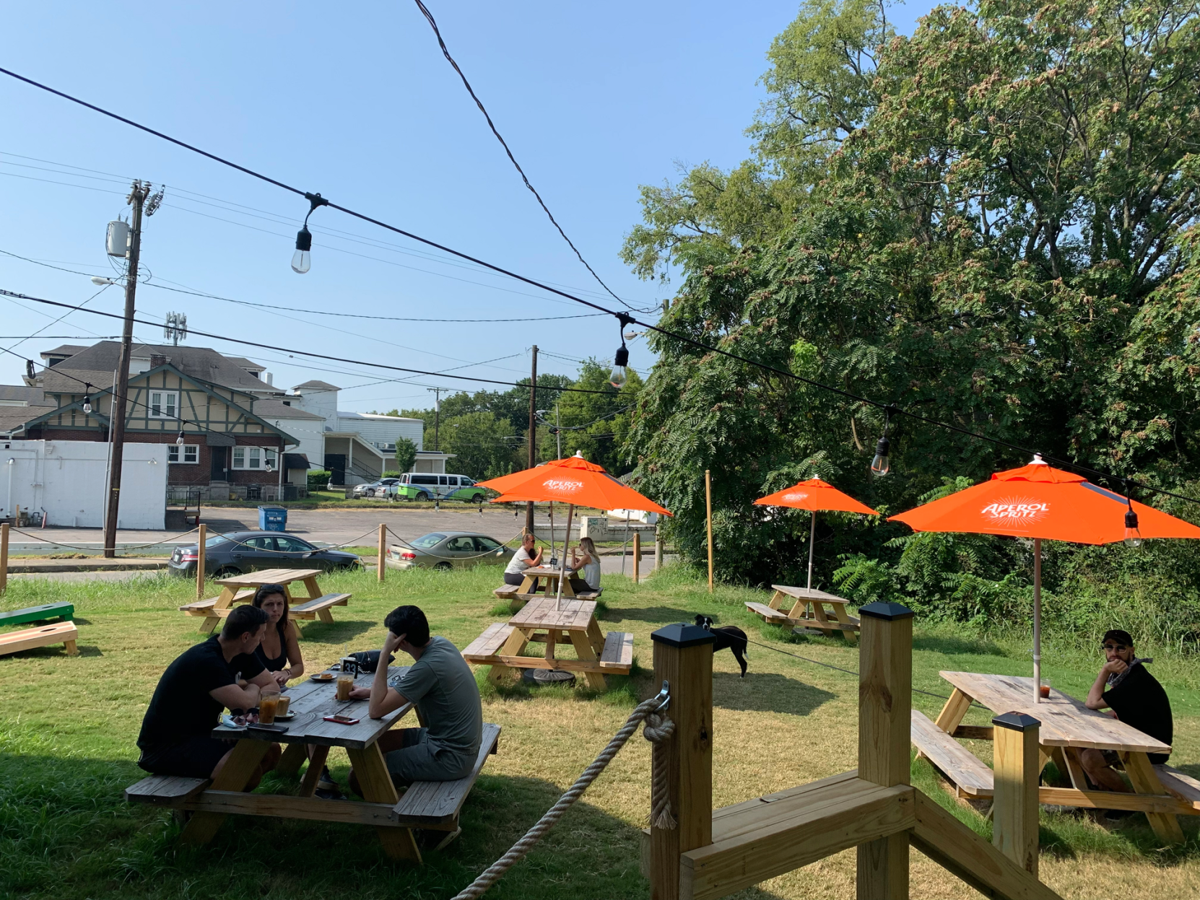 Much of the restaurant industry had to rapidly change its business model due to COVID-19, and we’re highlighting the Nashville places that are attempting to stay open. As we prepare to move to phase three on Oct. 1, we’re continuing to give you a critic’s pick for a restaurant and a dish, as well as a running list of restaurants offering takeout, delivery and outdoor dining that you can support. Today: Hearts

It was a revelation to walk into Hearts, East Nashville’s new Australian all-day cafe, and feel buzz. Actual people-out-and-about-eating-drinking-laughing buzz. Even in a pandemic with social distancing and reduced capacity, and even as I was picking up lunch for takeout, still I felt the energy of the neighborhood in a way that felt “normal.”

Hearts opened in July because co-owner Kate Ross missed the cafes of her native Melbourne — places where people hung out all day or left and came back throughout, transitioning from morning coffee shop to evening bar scene.

Ross, her twin Sam Ross and their business partner Michael McIlroy, also own two bars in East Nashville: Attaboy, which is being rebuilt after the March tornado, and Lakeside Lounge. Their goal was to make Hearts in the style of those Melbourne eateries.

“Aside from the weirdness [of opening a new restaurant during a pandemic], we are so happy with how the response has been," says Ross. "We have had great community support. It has been really great energy and a great vibe."

The menu is chock-full of dishes made with seasonal ingredients and locally grown produce, such as zucchini-and-corn fritters at breakfast and a charred broccoli roll at lunch. I went with the Fattoush salad, a twist on the Israeli salad that has been one of my make-from-home staples this summer, stacked with tomatoes and cucumbers and crunchy torn bread (more like panzanella than croutons). The halloumi cheese on top was heart-shaped, which is a lovely detail I wouldn’t bother with (or think of) at home. Many sides, including the halloumi, can be added to dishes, so you can customize the salads, bowls and sandwiches. Pastries are from Brightside Bakeshop.

You can order online. I ordered in person and waited so I could check out the space. Hearts’ Gallatin Avenue location once housed an auto repair shop. The signage still includes remnants of its old life, as do other elements, including the original facade. In addition to that glass-filled interior, there’s an ample outdoor dining area with picnic tables and bright-orange umbrellas. That backyard was a selling point for Ross. “In Australia it is easy to find places with outside seating, but we hit the jackpot with this. It really helped us in these crazy COVID times.”

That grassy picnic area is dog-friendly. My quarantine rescue yellow lab is the first dog I have ever had who is chill enough to hang around patiently while someone nearby eats an Aussie beef burger, so I’ll be back to take advantage of that perk.

My only regret is that I missed six weeks of good eating and neighborhood friendliness at Hearts between when they opened and when I first showed up. I’ll be back to check out the after-hours menu (5-9 p.m. Friday through Sunday), which includes cheese boards and a charred veggie sandwich that sounds up my alley — plus Friday-night oysters for my dining companions.

Places with takeout or delivery as of Thursday, Sept. 24