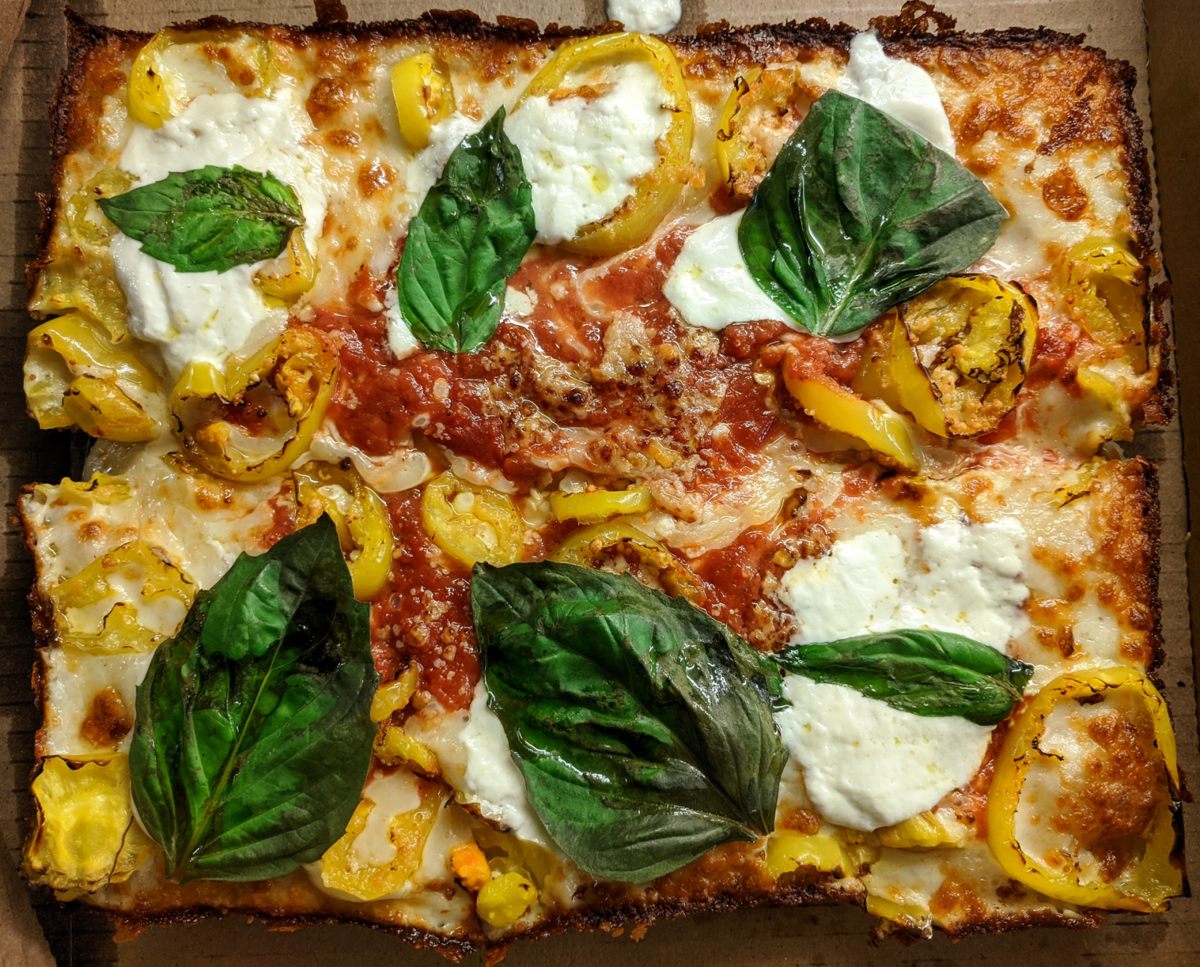 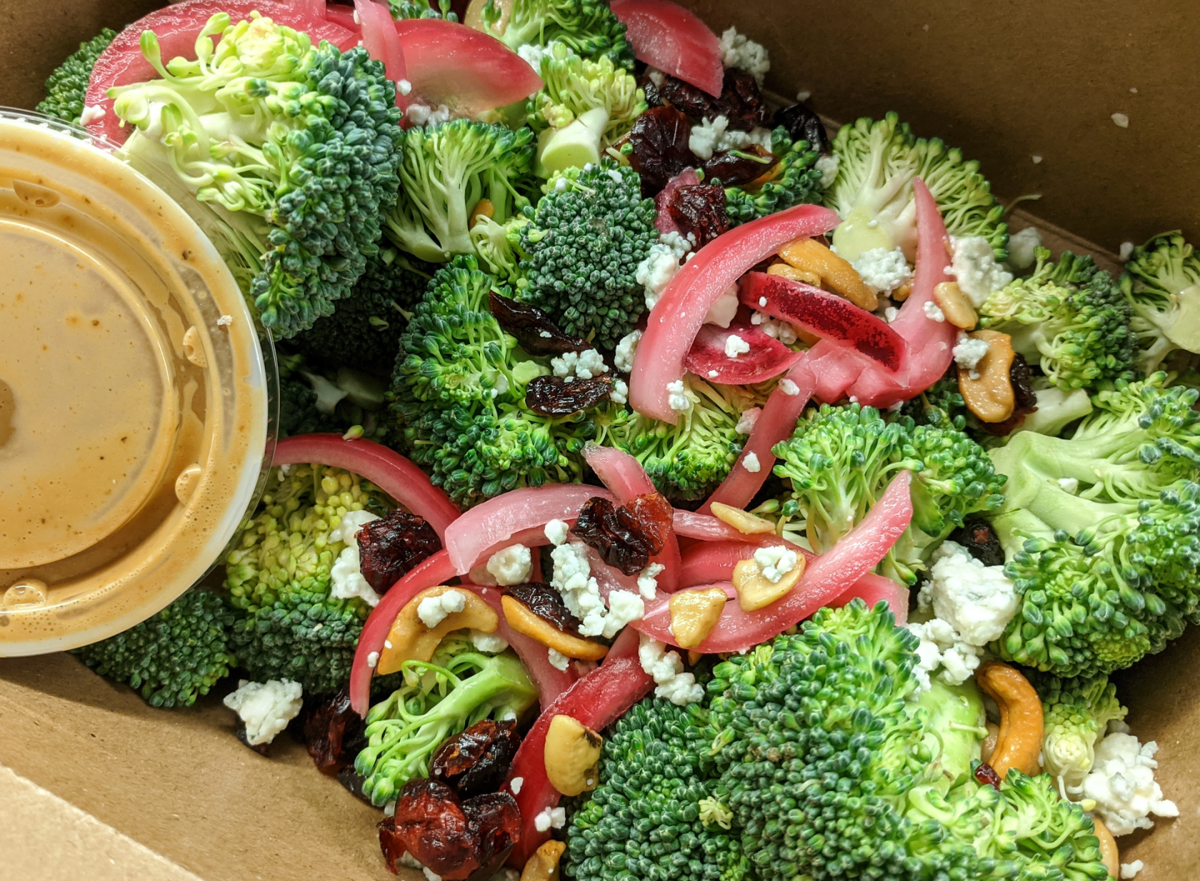 Much of the restaurant industry has had to rapidly change its business model due to COVID-19, and we’re highlighting the Nashville places that are attempting to stay open. We will give you a critic’s pick for a restaurant and a dish, as well as a running list of restaurants still open that you can support. Today: Emmy Squared Pizza in Green Hills

We wanted something crunchy. Not just crunchy, but cheesy, chewy and caramelized. It's a very specific craving that my husband and I get once every few months and there's exactly one acceptable option: Emmy Squared's Detroit-style pizza.

Those edges! That cheese that has bubbled and browned in the square pan's corners! It's a crunch you can't find on round pizza or even Chicago pizza. Something happens in that rectangle pan that can't happen without a 90-degree angle. Spare me your Detroit vs. New York vs. Chicago debates — I'm not here to argue about which is best. They're all good, all their own. Let's just agree that there is no crunch like a Detroit-style pizza crunch and sometimes that's the only crunch that will do.

After paying probably too much to get it delivered via Postmates (the curse of living in the suburbs — good delivery is either unavailable or expensive), our Margarita pizza ($19, plus $2 to add banana peppers because yum) arrived lukewarm at best. Another curse of living in the suburbs. But that's the beauty of pizza, right? A quick blast in a super hot oven brought it back to life, no crunch lost, and that gave us time to dress the broccoli salad so the tangy miso dressing could begin to lightly tenderize the large chunks broccoli.

Have you had Emmy's broccoli salad? It's perfect. (And it's $13, so it better be good.) Imagine the mayo-soaked, raisin-filled broccoli salad you already know but with every component kicked up a level with pickled red onions, cashews, cherries and blue cheese.

Months ago, at the beginning of the pandemic when restaurants were closed and everyone everywhere was potentially a terrifying walking germ, we had cravings like this. But all were could do was hope they'd pass quickly and quietly as we dreamed of a day the world would return to normal (or, at least, right itself just enough to crunch a pizza crust once more). We still have a long way to go before things start to feel like they were — I personally don't see myself sitting down to eat in a restaurant until 2021 at this point — but sometimes it helps to indulge in the cravings that remind us of how things used to be. Or maybe that's the cheese talking — crispy, caramelized cheese can fix almost anything.

Places with takeout or delivery as of Tuesday, Sept. 22