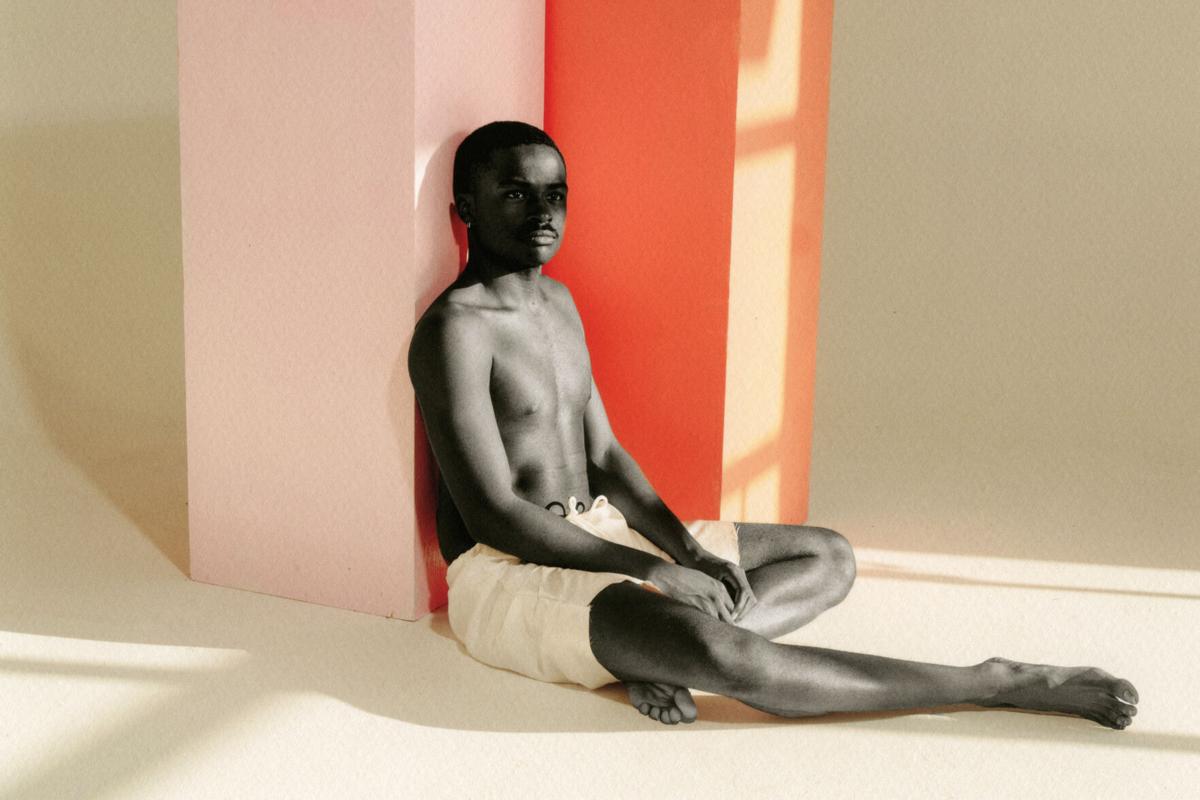 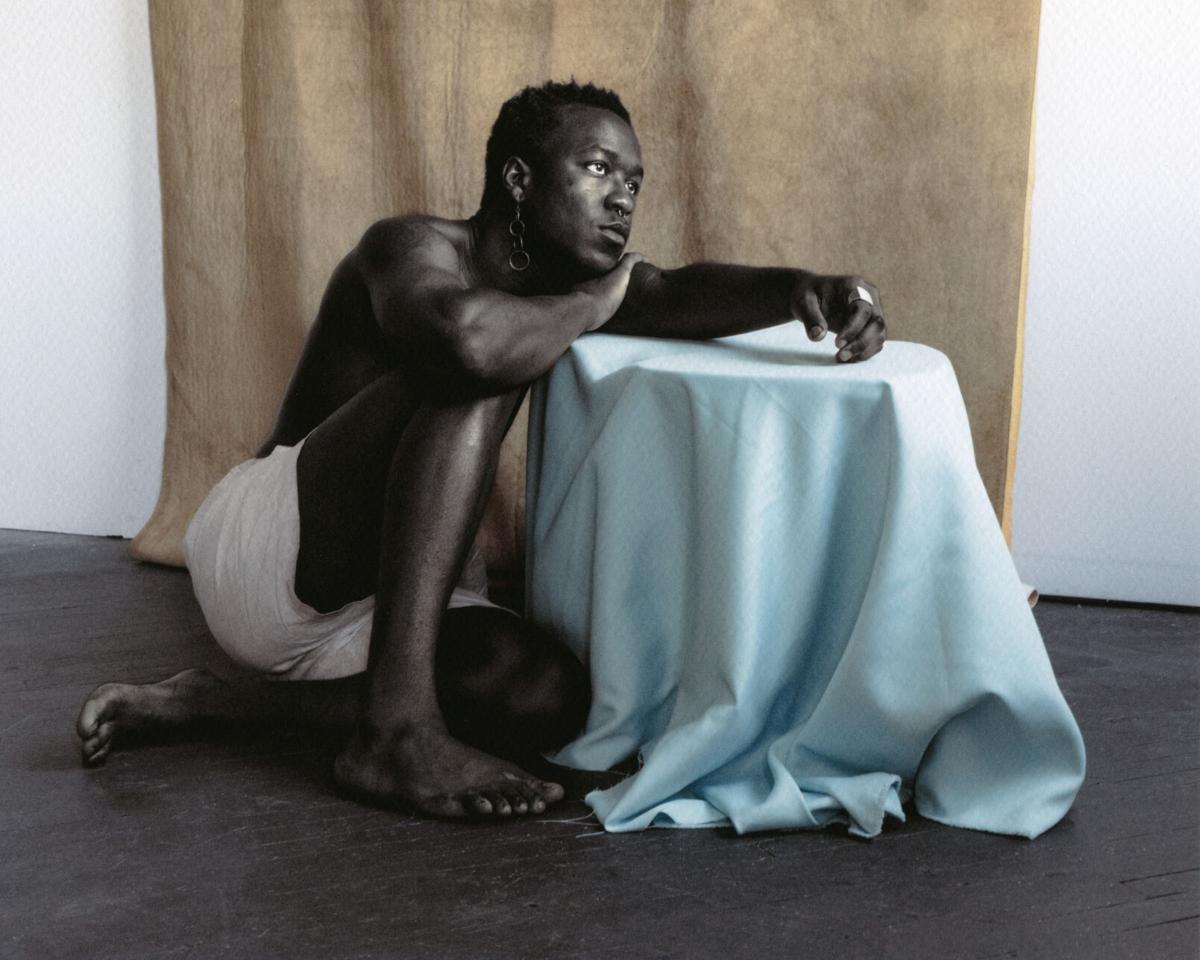 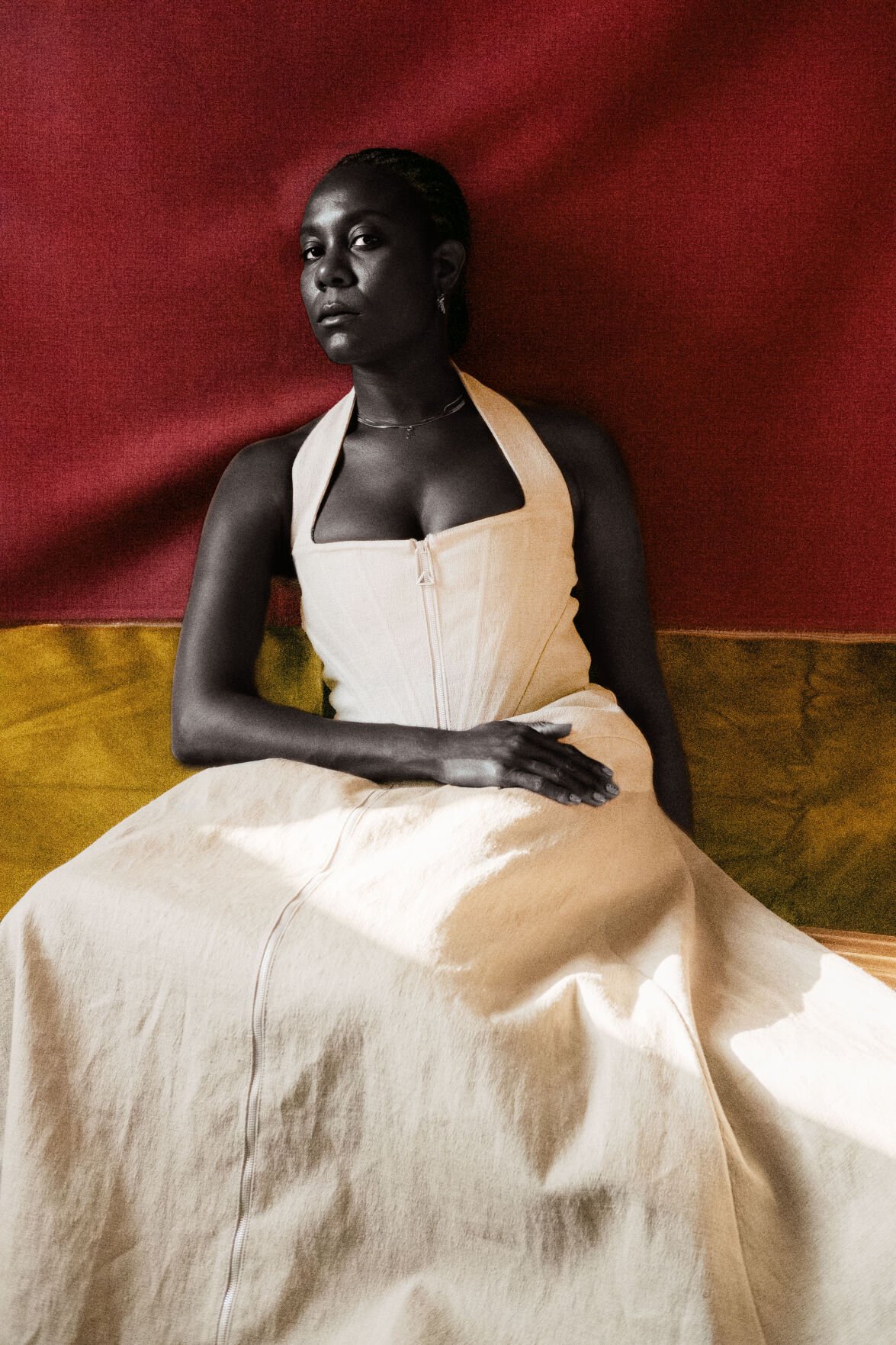 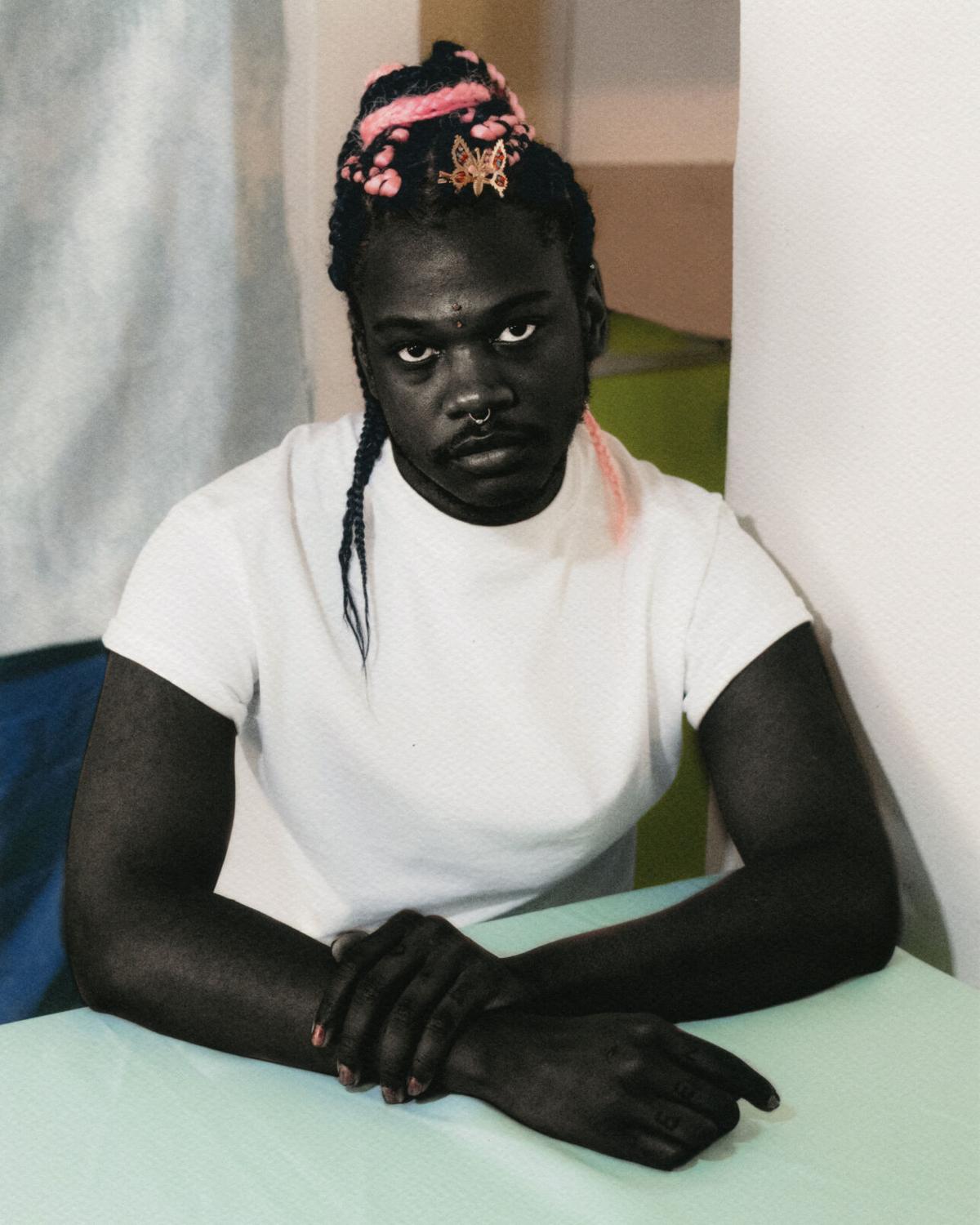 Radically Black. The juxtaposition of these two words, “radical” and “Black,” contains a pyrotechnic danger. To be Black, with any truth, is to live with a label of excess in the white gaze. Black is too fleshy, too runny. Keeping Blackness in check, then, has necessitated constant legislation and policing; laws and policies in every sector have shed racial language, yet their effect is still racialized.

Figures of Color. Radically Black by Marcus Maddox is on view at The Red Arrow Gallery through Saturday, Oct. 30.

To add “radical” to “Black” is artfully reckless. It is to prepare oneself to die in and to the Republic. It is to step out of the supposed oxygen source of the white gaze, coughing, gasping. And then, to discover oneself still breathing. To be radically Black is to have come up through something. To have travailed. Back in the Black Pentecostal church, we would often hold all-night prayer meetings. Those were groaning nights, the hours passing over in spiritual births. We traveled without moving. We went places in the valley of night. Many times, we were barefoot at the altar — for this is holy ground!

By morning, it was impossible to be who we had been. Like James Baldwin’s John in Go Tell It on the Mountain, we left the next morning weary, saved and deeply unsure of how to continue. Yet we knew that where we were going was better than where we had been. In many ways, radical Blackness requires a forging through ways unknown. There is no path in white America for Blacks who seek to be radical. Why would they give us paths off the intellectual plantation? We have, of course, the writings, films and art of those ahead of us on the journey. But those are only the makings of cartographic salvation. The actual mapmaking is in the mixing and taking. There is no one way for us to save ourselves, or to be radically Black. We chart, pulling roads and avenues from James Baldwin and Eldridge Cleaver. Oscar Micheaux and Ava DuVernay. Amy Sherald and Kerry James Marshall. Jon Key and Marcus Maddox, the latter of whose exhibition Figures of Color. Radically Black is currently on view at The Red Arrow Gallery.

My pulling, then, or the thing that pulled me in Maddox’s series of photographs was the feet. It had been a rushed afternoon. I breezed into the gallery with a notepad and patient friend in tow. There were a flurry of greetings and apologies exchanged, until we all fell silent. This is holy ground!

It was indeed a temple of images — Black folks with their gaze on you. Long looks of love that hold you. I knew that lovers’ arms could hold. I knew that books could hold, suspending the reader safely in a matrix of empathy. But I hadn’t known that a gaze could transfix you in love. So there we stood, in the field of vision of “Portrait of a Stylist.” It features a certain Jessica Willis, seated in a white linen gown. She leans back on a crimson backdrop. Her right forearm rests across her lap, with her hand like a scoop on her thigh. Moving upward, we are taken by the sobriety of her expression. Quick slopes of the chin, downward kindness of the nose — Queen Tiye with us. And those eyes —  lids descended half-mast out of respect for her peace, and the peace to which she is inviting us.

There are others that gaze at us, including Shamir of “A Seat at Shamir’s Table.” You note, with an immediacy, that while this is their table, seats can be called up for all who wish to feast on Love’s goodness. How? It must be a thing of alchemy, which is suggested by their gold butterfly and hot pink braids. The rules of engagement are different at this table. Shamir’s posture and steady gaze say that they will listen to you, too.

The subjects of other portraits look off into some Elysium or hell. Figuring out which requires an assessment of the lives we think they have lived, and ultimately says more about us than them. And what is to be said of “Ommahdi,” who rests in some afterlife or purgatory of pastels? He leans against two pillars of dusty pink and coral. Gentle lines of trouble mark his forehead, as he gazes out to a terminus that we cannot see. In his temporary repose, dressed only in white linen shorts with frayed hemlines, he reminds me of a runaway slave. He is in a purgatory, then, a pastel forest of reflection between the plantation and the promised land.

He is barefoot — which took me a few beats to realize. I wondered, cocking my head to each side, what was so unsettling about this photograph. My eyes stretched the distance from the easy curve of his knees to exposed feet. In this image, the soles of both feet face outward, with the coconut fleshiness of only one sole facing the viewer. I experienced the same curiousness and frustration with “Khalib No. 1” and “Aheem No.8.” Exposed feet.

Before these images, I had never seen Black men’s feet in art, or at the very least, never noticed them. This exposure seems antithetical to a Black male culture that places a premium on sneakers and shoes. Your “kicks” are your armor against an earth that hasn’t loved on you in a long time. They are status markers, telling your fellow sojourners how you got or are getting over. I knew a boy who would tie plastic bags over his white sneakers when it rained. Preserving the whiteness of his sneakers was worth potential ridicule.

And as for me and my house, I am not above this congenital relationship to foot coverings. In my teenage years, I took to wearing penny loafers — everywhere. The Tap! Tap! Tah-Tap! of their soles were orchestras of power. This power was critical to me in my becoming aware that Black men were powerless in the world. Later, the penny loafers became a thing of safety. Tap! Tap! Tap! I am too busy to harm. A busy Negro, I learned, is a good Negro. If I looked like I was “about my business,” then I certainly couldn’t be the Black man who is wanted for your crime. In many ways, we are still living under the vagrancy laws of the early 20th century, which jailed Blacks en masse for supposed loitering. At least in my mind, and on my feet.

Of course, it isn’t just the sound, but everything that it conjures up in the presence of white folks. I am busy being professional, and you are not. I am organized, you are sloppy. I can plan circles around you.

I realize now that standing before those barefoot figures, I was confronting symbols of vulnerability. I was not ready. As we used to say back in church, “Everyone has a Nineveh, God give us strength to go.” To go toward Nineveh, to be barefoot, to be radically Black, is to step out of the white gaze,  the gaze that has required so much toughness. It is to be soft with ourselves and each other. And it is, finally, to allow ourselves to be seen in this soft-shell state, under the warmth of the Black gaze, where good things grow.