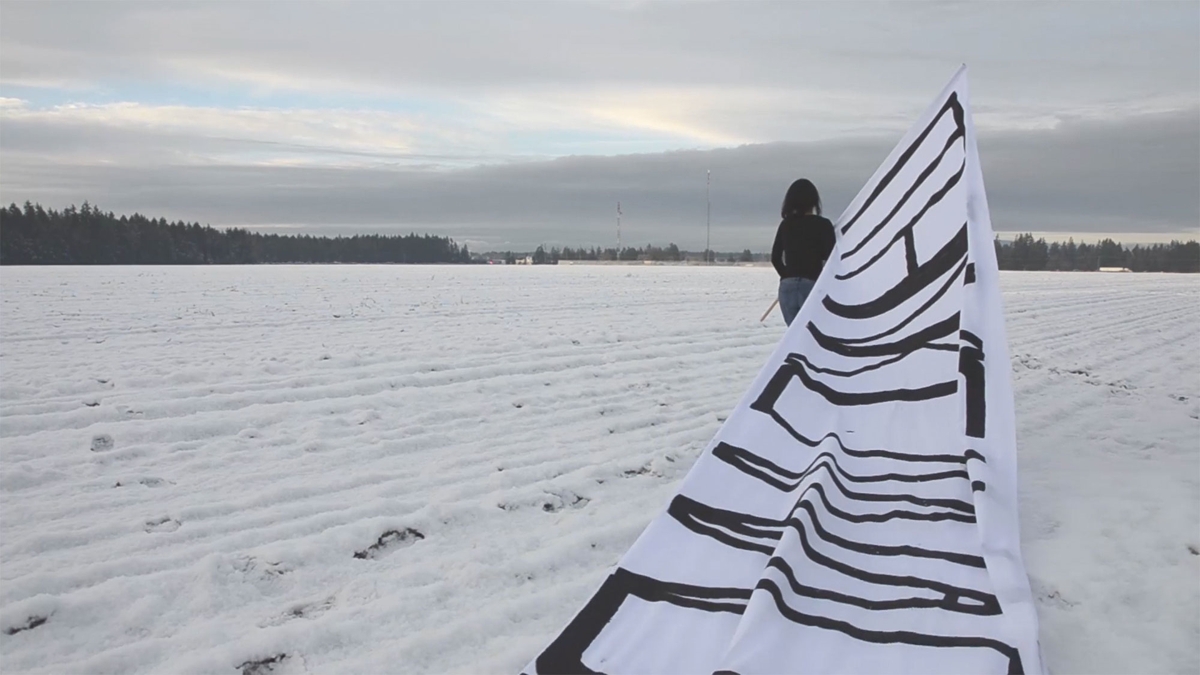 Josephine Lee: Practice Until You Feel the Language Inside You 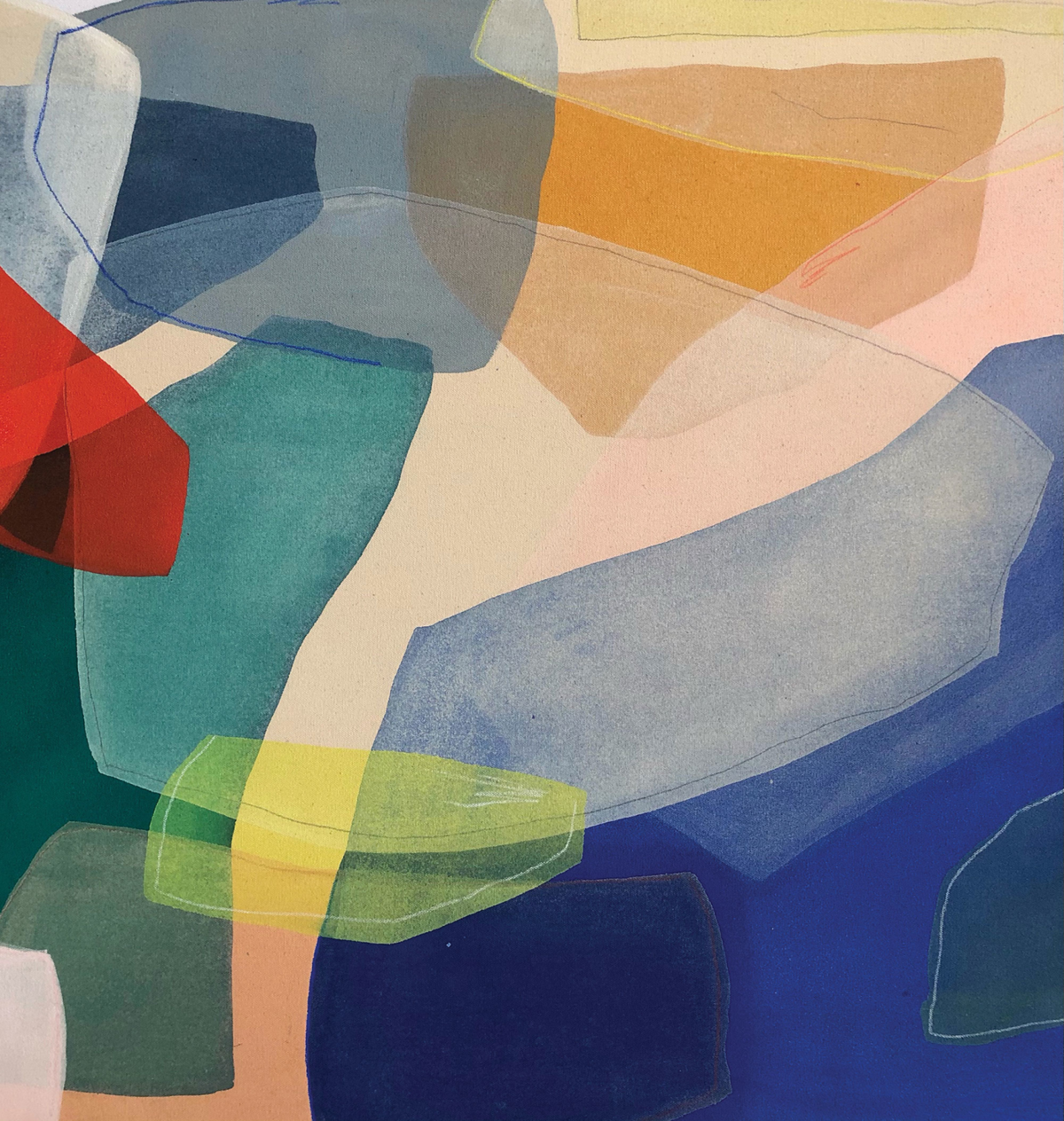 “You Got Me Feeling Brand New,” Brenna Therese

This weekend, Unrequited Leisure opens Josephine Lee: Practice Until You Feel the Language Inside You. Guest curator Tanya Gayer is creatively preoccupied with the storytelling history she uncovers in archives, databases and the bureaucratic categorizing of citizens. Lee’s life has been divided between the U.S., Canada and South Korea. The artist’s sculptures, installations and performances explore the intersections of nationality, geography and the immigrant experience through conceptual works that attempt to convey the notion — and more importantly, the feeling — of home.

The gallery will also be unveiling a new exhibition space outside of its Packing Plant gallery. AIRSpace Projects is a pair of flagpoles intended to display the work of artists who specialize in — or want to explore — flying flags as creative expression. AIRSpace’s inaugural artist, Jack Michael, will run “Flag for National Days of Rest” up the flagpole on Saturday night. The flag features a horizontal stripe of teal above a stripe of tomato red — gorgeous colors. The center of the flag features an emblem of a sleepy eye rendered as a black oval over a saffron iris. Next month, the flag will wave goodbye to Nashville before traveling to AIRSpace Projects’ Florida outpost. Opening reception is this Saturday from 11 a.m. to 6 p.m.

Heather Hartman’s dreamy, atmospheric oil paintings are deceptively sculptural: The artist achieves her gauzy, glowing painted surfaces by piling layers of cut paper and Tyvek underneath transparent polyester, which she then paints on. The effect is a more labor-intensive version of the traditional painting technique of applying layers of see-through colored glazes that blend and interact. Hartman’s Kudzu Season — a title that references the invasive plant once promoted as a cure for farmland depleted by tobacco and cotton monocultures — speaks to the complexities of Southern seasonality. The show opens at Channel to Channel on Saturday from 11 a.m. until 6 p.m.

Also this weekend, Julia Martin Gallery will open Robert Ellis Orrall’s The Kitchen, which features collaborations between Orrall and dozens of other Nashville artists. The opening reception will take place from noon until 8 p.m. on Saturday. Read much more about The Kitchen — Orrall’s official farewell to Music City — in this week’s cover story.

Open Gallery will pivot to artist-in-residence programming in May — that’s one step closer to hosting in-person gallery-going in their very cozy digs at The Packing Plant. In the meantime, Open has more virtual happenings scheduled for April. Sydney Whitten is a local writer and photographer. Her Here in Jacksonville photo essay was recently published in Number, and her thesis exhibition To Shake, To Shatter just made a brief run at the Watkins Art Gallery in The Packing Plant. Follow @opengallerynashville on Instagram for an upcoming talk with the artist, and go to sydneywhitten.com for more images from Whitten’s Here in Jacksonville photo essay, as well as a series of rephotographed pictures.

The latest shows at David Lusk Gallery opened on St. Patrick’s Day, and will continue through April 17. Rana Rochat’s paintings present abstract elements that sometimes resemble planters, cups or even cans of paint alongside occasional text, vigorous mark-making and geometric designs. All of these float in front of backgrounds of orange or blue or green or gray. These are mostly monochromatic affairs, but the artist plays a lot with values, so one overall brown piece features swatches of dusty khaki and dark chocolate. Rochat eschews the flat picture planes celebrated by most abstract painters. The sense of depth has a calming effect, and makes even the smallest gestures or bursts of color stand out. Rochat’s New Work hangs alongside Mary Sims’ Still Lives 1985-1995. This exhibition of fruits, flowers, potted plants — even a pair of monkeys — is relentlessly colorful and decidedly stylized. Sims’ brush is meticulous, but her works are full of imagination and upset expectations of realistic still-life painting with flat picture planes and over-the-top palettes.

California-based artist Joe DeVera is a former Marine combat veteran whose multimedia practice ranges from intense abstract paintings to sculptural works incorporating repurposed military equipment, household items and construction materials salvaged from sites near his home. DeVera’s experiences as a Filipino immigrant — and during two combat tours in Iraq — inform these works, which comment on the absurdities of mass human conflict while asking bigger questions about the devouring machinations of empire. DeVera’s Anymouse opens at Coop on Thursday, April 15, and the gallery will host a reception on Saturday, April 17, from 3 until 6 p.m.

The press release for Duncan McDaniel’s Rooted exhibition at The Red Arrow Gallery contains language comparing the gestural meanderings in his new works to the rhythms of domestic life during the pandemic lockdown. But it’s more compelling to consider these new pieces on their formal qualities alone. McDaniel’s vibrant paintings feature successions of chromatic squiggles marching up and down and across their movement-filled surfaces. As each jittery gesture traces the imperfections of the one that came before it, every bulge, curve and swoop is amplified in exaggerated echoes that become increasingly voluptuous and expressive. It’s a simple technique that generates unexpected compositions, which should appeal to painting snobs as well as folks who just like to look at pretty pictures. Opening reception this Saturday from 6 until 9 p.m.

Chauvet Arts will host a reception for Afterimage: Sensations of Color this Saturday from 4 until 7 p.m. This large group show opened last month, and it presents a wide variety of vibrantly colored works in an exploration of how various hues and tones convey different feelings and ideas to their viewers. The exhibition includes work by Gina Julian, Corinne Cascioppo, Michael Soltis, Nicole Dikon, Tom White, Brother Mel, Brenna Therese and Carlos Gamez de Francisco, who will be giving a live painting demonstration at the reception.