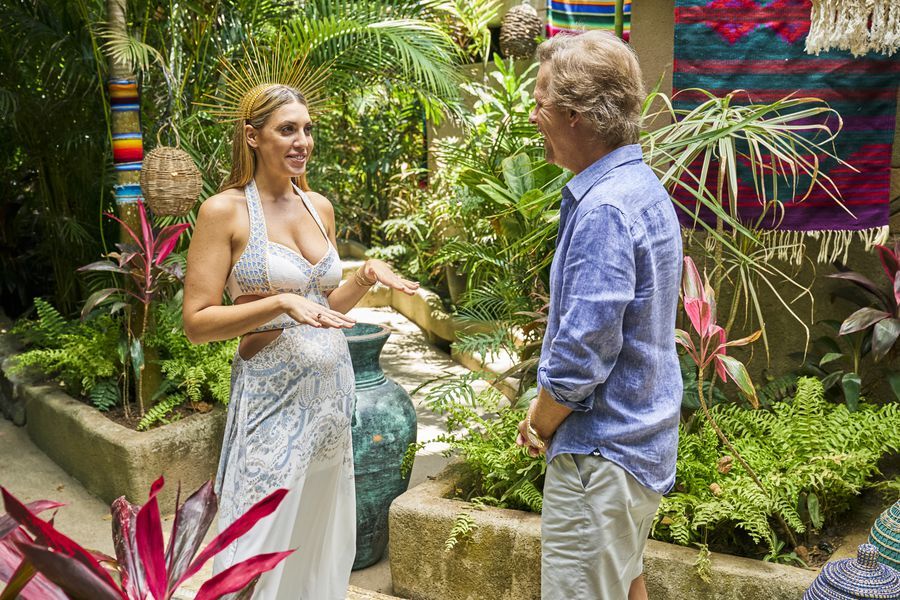 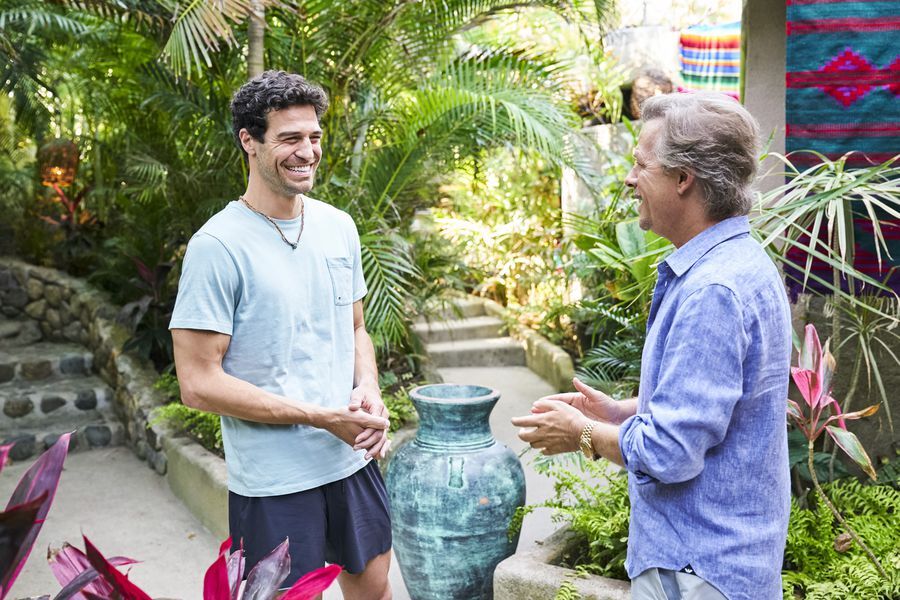 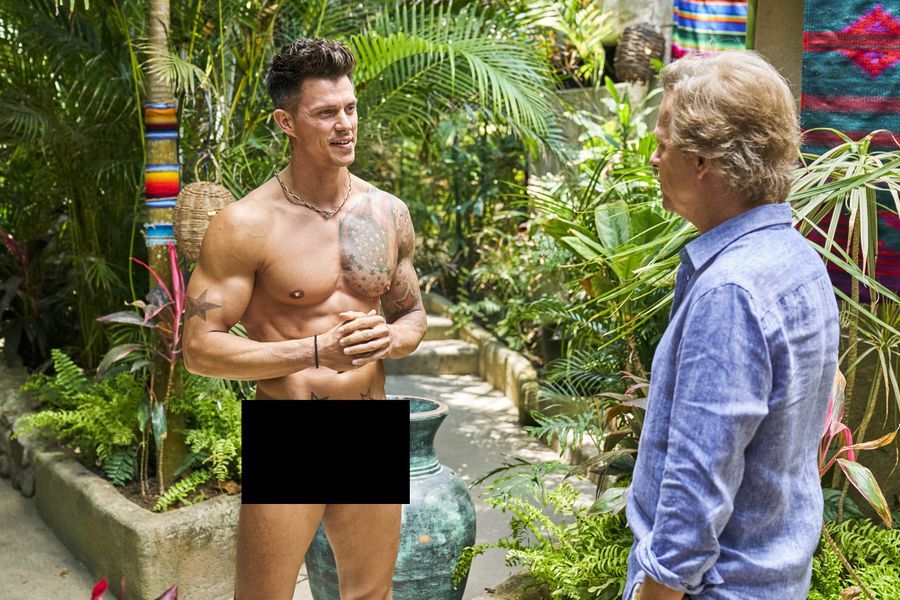 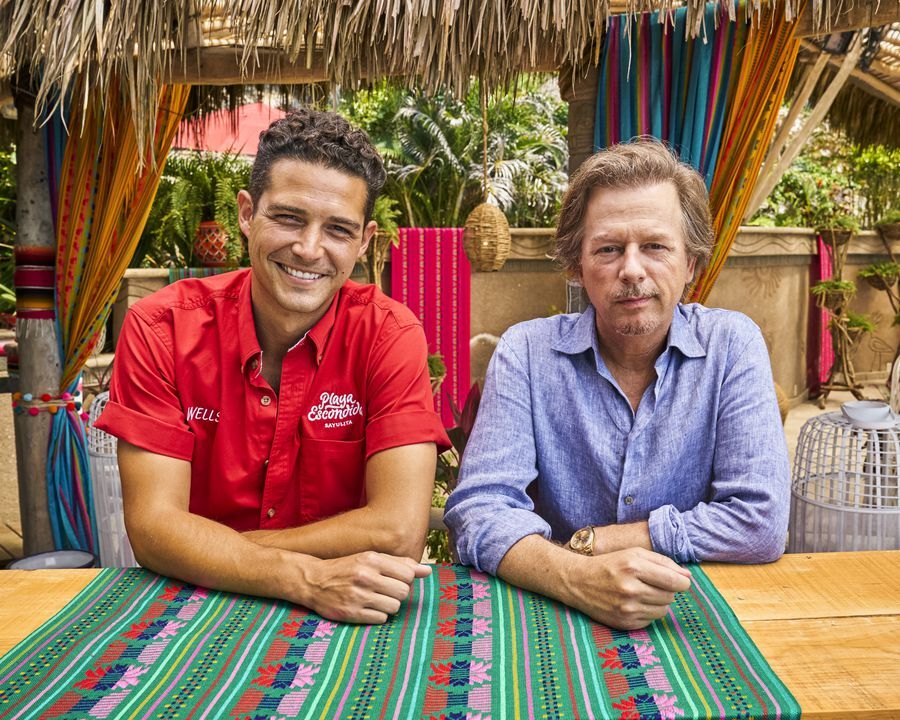 The world is burning and we’re on surge 87 of a completely preventable global pandemic, but there is one thing we can always count on: hot young people degrading themselves on national television for a shot at becoming famous on Instagram. That’s right, kids, Bachelor in Paradise is back and I’m reclaiming my throne as the resident Scene recaptress for all the tequila-soaked drama. I took a brief hiatus from recapping duties during Katie’s season for my own emotional and mental well-being, but now that I’ve conceded that life is meaningless and any attempts to “better myself as a human being” by “not watching trash television” are completely futile, I’m back, baby!

In the words of Hot Girl In Bikini, “we’re vaxxed, waxed and ready for love.” Yes, we are, Bikini Girl, yes we are. But just for my own peace of mind, would you please show me proof of vaccination or the results of a negative test taken within the past 72 hours? Please and thanks.

As you’ve surely heard by now, unless of course you actually have a life that in no way is impacted by the goings-on of reality television stars, Chris Harrison is dunzo. Like hundreds of handsome, hairless, bronzed bros before him, his journey on The Bachelor came to a cruel, tearful end due to his own dumbassery. Taking his place on this season of Bachelor in Paradise is a rotating cast of celebrity guest hosts, who I am 1,000 percent confident will be 1,000 times more entertaining than Chris Harrison, an off-brand Ken doll that your aunt bought at the Dollar Tree. First up: comedian David Spade, best known for being sarcastic on SNL a decade before any of these contestants were even born.

In case you’ve forgotten or simply don’t care about the premise of this show, here’s how it goes — a bunch of beautiful women and douchey men are sent to a tropical beachfront paradise to “find love” (read: get drunk, make out with one another and have very public emotional meltdowns). Each week, new people are unleashed on the group to create drama and likely spread a new STD.

Right out of the gate, there are far too many people for any reasonable person to keep track of, but here are a few highlights from the cast:

Abigail: Best known as the beautiful deaf girl with a heart of gold from Matt’s season

Brendan: Famous for leaving Tayshia because he wasn’t ready for love, but if this slow-motion shower on the beach and the intensity in which he gazes off into the distance are any indication, Brendan is most certainly ready for love now

Ivan: Best known for being a wonderful human being that Tayshia was dumb to dump

Victoria: Best known for being a complete and total shitshow who wore a crown and referred to herself as Queen Victoria

Kenny: Best remembered as a “boy band manager” despite the fact that he actually manages boy band cover bands, but now you’re definitely going to remember him as that 40-year-old dude who showed up naked to Bachelor in Paradise. Yes, he really did and, yes, he stayed naked the entire episode. The ladies are all eager to get a rise, er, I mean, rose out of him.

Kelsey: Best known for shooting Champagne up her nose and creating this amazing gif

Connor B.: Best known dressing up as a cat on Katie’s season and bursting into spontaneous singing like every guy you loathe in Nashville

Noah: Famous for having a bad mustache and having it shaved on TV by Tayshia

Tammy: I don’t remember anything about this girl, but she is very thrilled when she arrives and sees that “Dave Chapelle” is hosting...

Five minutes in, everyone is mixing and mingling and sipping margaritas on the beach, and Grocery Store Joe is already having an existential crisis. You and me both, pal.

Victoria shows up to abdicate her throne as queen and claim her rightful place as a goddess. She’s traded in her cheap Forever 21 tiara for a cheaper Etsy headband, but it’s, like, super goddessy. Tahzjuan, best known for sweating a lot on a previous season, shows up and recognizes Tre because … wait for it … she dated his uncle.

Once all 94 contestants have arrived, David Spade gathers the gang in the living room and brings out bartender Wells to explain the rules: “You find love or you die.” Oh wait, sorry, I misheard. The rules are actually just “find love or you go home.” The stakes could not be lower. Each week, the power of giving out the roses flip-flops between the men and women. This week, three women will be going home so the ladies have to work hard to charm these dumdums into giving them a rose.

Abigail gets the first date card of the season and invites formerly mustachioed Noah on the date. Shortly after they leave, Grocery Store Joe continues his downward spiral after facing the harsh reality that he’s been on this beach for approximately 45 minutes and he hasn’t found true love yet. Does love even exist? If sexy grocery store owners from Chicago can’t find love on an all-expenses paid trip to Mexico, what hope is there for the rest of the world? Meanwhile, Goddess Victoria is trying out her version of the five-second rule where she just smiles at boys for five seconds in hopes that she’s pretty enough to make them forget she’s batshit crazy. Spoiler: it doesn’t work.

CatMan Connor is flirting with Maurissa, a girl I’ve literally never laid eyes on before, and they bond over the fact that they both made a vow not to kiss anyone on the first day … and then 2.4 seconds later, they make out with each other. What better way to cement your commitment to not kissing than by kissing? Tahzjuan is making her way through the Cooper family tree by cozying up to Tre and making out with him, despite the fact that she dated his uncle. I think it’s safe to say she wants to get in them genes. Tahz thinks Tre is a better kisser than his uncle, but no one frenches like his grandpa.

Noah and Abigail’s date looks like it was set up by a third grade teacher. It’s literally just a table surrounded by a bunch of pinatas. They talk about Feelings for awhile and then get to smashing … those pinatas. They start kissing and then we’re treated to a kissing montage of basically every hot man and every hot woman making out on the beach. Ahh, true love.

Joe has a heart-to-heart with Wells about wanting to go home, but then Serena P. starts flirting with him on a daybed and he suddenly has found a renewed sense of purpose. In her mouth. The next morning, Wells gives David Spade the lowdown on everything he missed, including the record number of make-out sessions on the first night. Six couples! That means 12 people sucked face with complete strangers within moments of meeting them. If that doesn’t restore your faith in humanity and renew your fears that we are literally never getting out of this pandemic, I don’t know what will.

Just when everyone’s starting to get comfortable, Hilarious Dumpster Fire Demi shows up and this show is to-be-continued until next week. How will we live with the suspense?

Viewing Party Guests: 10 (5 women, 3 men, 2 children who were corrupted by this program)

Drinks Consumed: A pitcher of margaritas and a bottle of gin

Number of Contestants Who Kissed a Total Stranger Within Minutes of Meeting Them During a Global Pandemic: 12

Number of Recappers Who Died Inside Watching This: 1