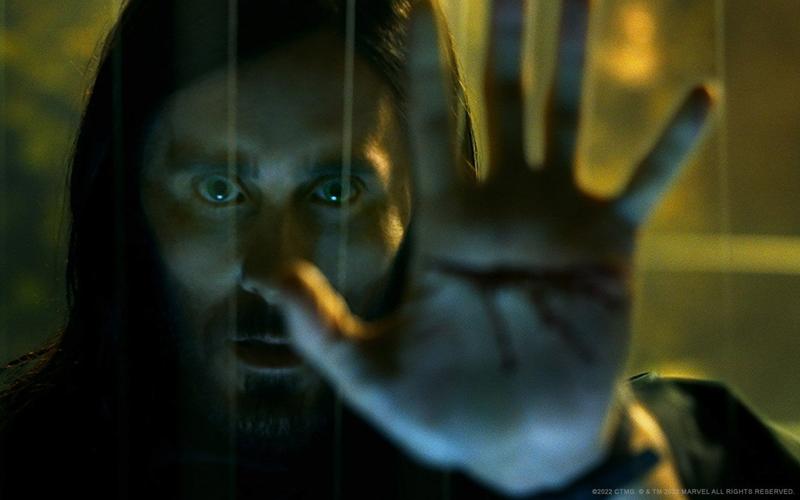 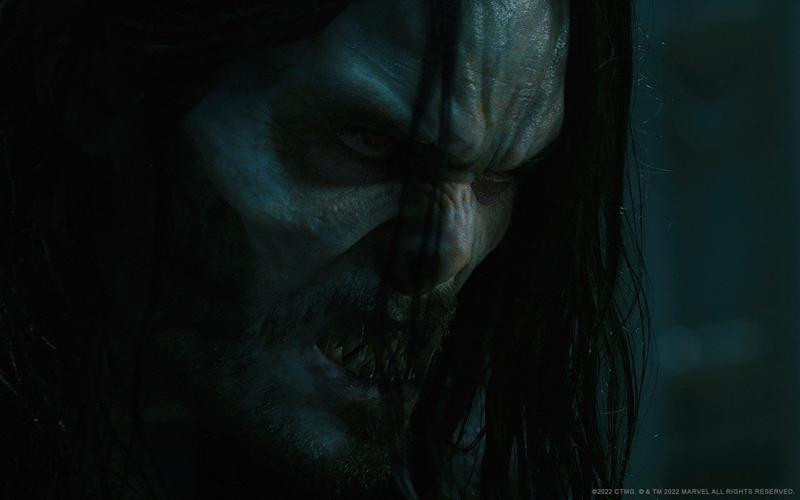 It’s unfair, but mostly accurate, to call Morbius a speed bump in the trajectory of comic book films. As the dominant form of global entertainment, this particular subgenre has been taking over the discourse for the past 20 years, and there’s bound to be a stumbling block every now and then. But this is at best an inert collision of iffy concepts, either way too much money or not nearly enough, and not learning the lesson of what’s great about the Venom movies (Tom Hardy committing 1,000 percent and Michelle Williams never forgetting to “yes and” the situation).

Michael Morbius is a brilliant geneticist and mechanical engineer who has spent his entire life near the verge of death because of an unexplained hematological disorder. (It might have something to do with coagulants, but they really don’t explain, figuring the visual of frail children hooked up to machines in flashbacks will get the point across.) He’s finally found A Breakthrough that could properly save his life (as well as his longtime friend/benefactor Milo and the assorted bedridden children who pop up whenever the film needs a quick jolt of unease). Before you know it, he’s got a giant tube of bats in the lab from which he can extract DNA to “fix” the situation. Morbius wants to be The Fly, but as a hero. Morbius the character might as well be an infirm model who gets taken over by computer graphics when the plot gets shaky, which is often.

Winning the Oscar for Dallas Buyers Club continues to be the worst thing that could have possibly happened to Jared Leto. That validation has changed his philosophy and judgment when it comes to performance, and The Artist Formerly Known as Jordan Catalano has been ... well, let’s just call it trying things on set, whether it’s his noxiously awful (both onscreen and off) Joker in Suicide Squad, or his ambitious, even-a-broken-clock-is-right-twice-a-day take on Paolo Gucci in House of Gucci. But the problem with Morbius, both the film and the character, is that you can never escape the fact that Leto feels superior to the material, and this creates an insurmountable gap that completely derails the film from being anything except 105 minutes of treading water. The perfunctory, expected and shockingly lazy mid-credits scenes might as well be flashing neon signs saying “Look! Something important, finally.” But even they promise developments in Sony’s Marvel outlet division that don’t carry the slightest bit of heft or promise. That’s no slight on Michael Keaton, but honestly, who gives a shit? As far as the Sony side of things, there’s Tom Hardy as Eddie ’n' Venom, and there’s the animated Spiderverse, and those are the things audiences really care about.

It is impossible to imagine Leto’s Morbius sharing the screen with any of our current Spidermen, because it’s a character whose conflicts are all engineered to make him an antihero. That’s a perfectly acceptable approach, but it doesn’t mesh with anything we’ve seen from the Spiderverse to this point, and if you recall Suicide Squad, Leto’s Joker could only even fit in through the lens of that film’s MVP, Margot Robbie’s Harley Quinn. Likewise, House of Gucci became a scientific exercise where each lead actor was in a different movie, like a kumite for acting styles. So Leto is at a place in his career where he’s gone Edward Norton and can’t play well with others, and the current mode of comic book adaptations demands that skill above all others. Even when at his most on-a-tear, Robert Downey Jr. always engaged with everyone around him like compatriots.

Morbius is not a complete disaster — even if less than a day after viewing, it’s already getting the murky edges of a film you see while having dental work done, fuzzy edges already consuming indifferent plot points (and also not helped by seeing Everything Everywhere All At Once and RRR in the interim, both of which are exceptionally imaginative and vibrant works that thrive on analysis and multiple viewings). Its opening and closing credits are an Art Deco promenade, done with state-of-the-art bisexual lighting. Jared Harris has a few scenes where he classes up the proceedings immeasurably, including with secret weapon Matt Smith that becomes an intense meditation of vampire respectability politics that feels like the first time we get an actual idea on screen. The effects tend toward the trippy side of the things, with lots of swirly light and a weirdo kinesis that begs for 3-D. But it’s up to Leto to hold it all together, or at least be the cheese that ties the casserole together, and he’s not up to it.

You can’t help but keep your eye on Smith. In his three years as the 11th Doctor, he made it through periodically sweaty scenarios and dodgy CG and emerged triumphantly through charisma and a generous sense of spirit, and it’s why he pretty much walks away with the parts of this film you remember. Despite the fact that he is one of the most recognizable heroes in global sci-fi and fantasy, major motion pictures can only find roles for him where he’s an artsy pimp, or a computer program, or Charles Manson. So he runs with it, and his Milo makes the film fitfully come to life. But it’s all too rare, and to no avail. However Morbius plays out at the box office, someone at Sony needs to send Tom Hardy a fruit basket, because he’s doing the vast majority of the heavy lifting over in their pavilion at Marvel world.