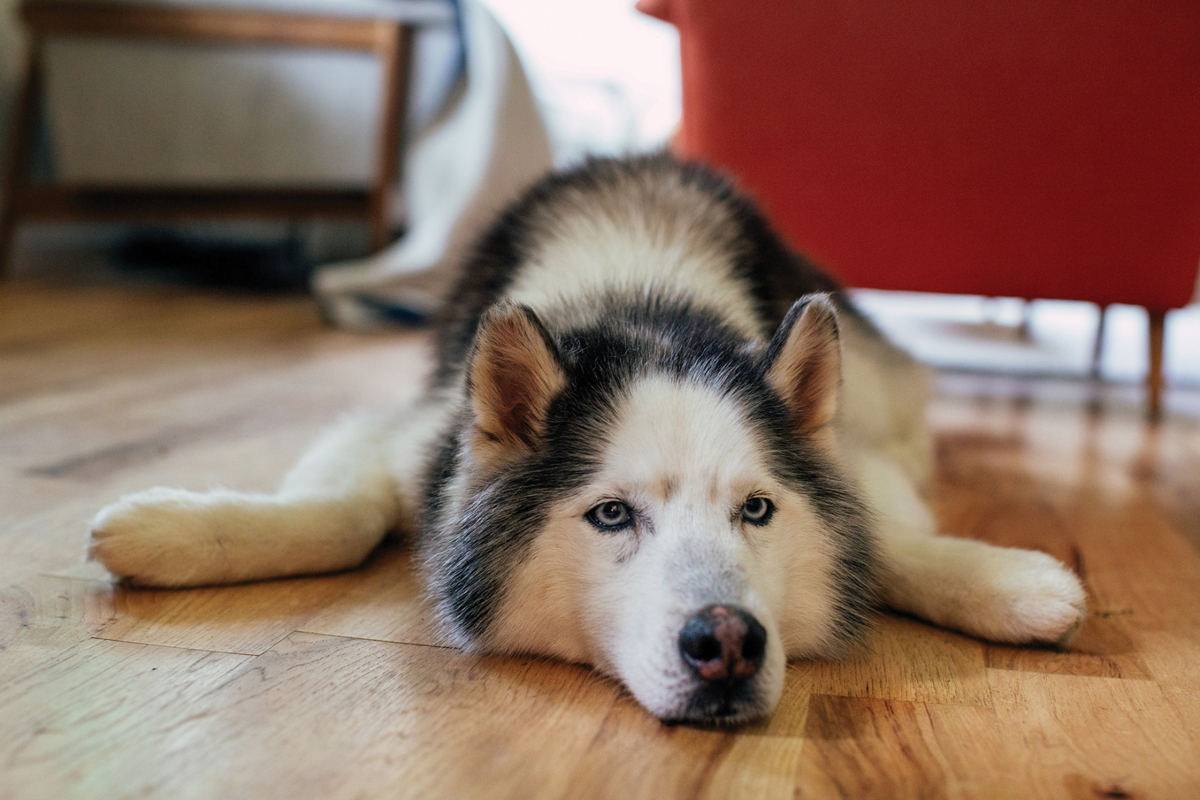 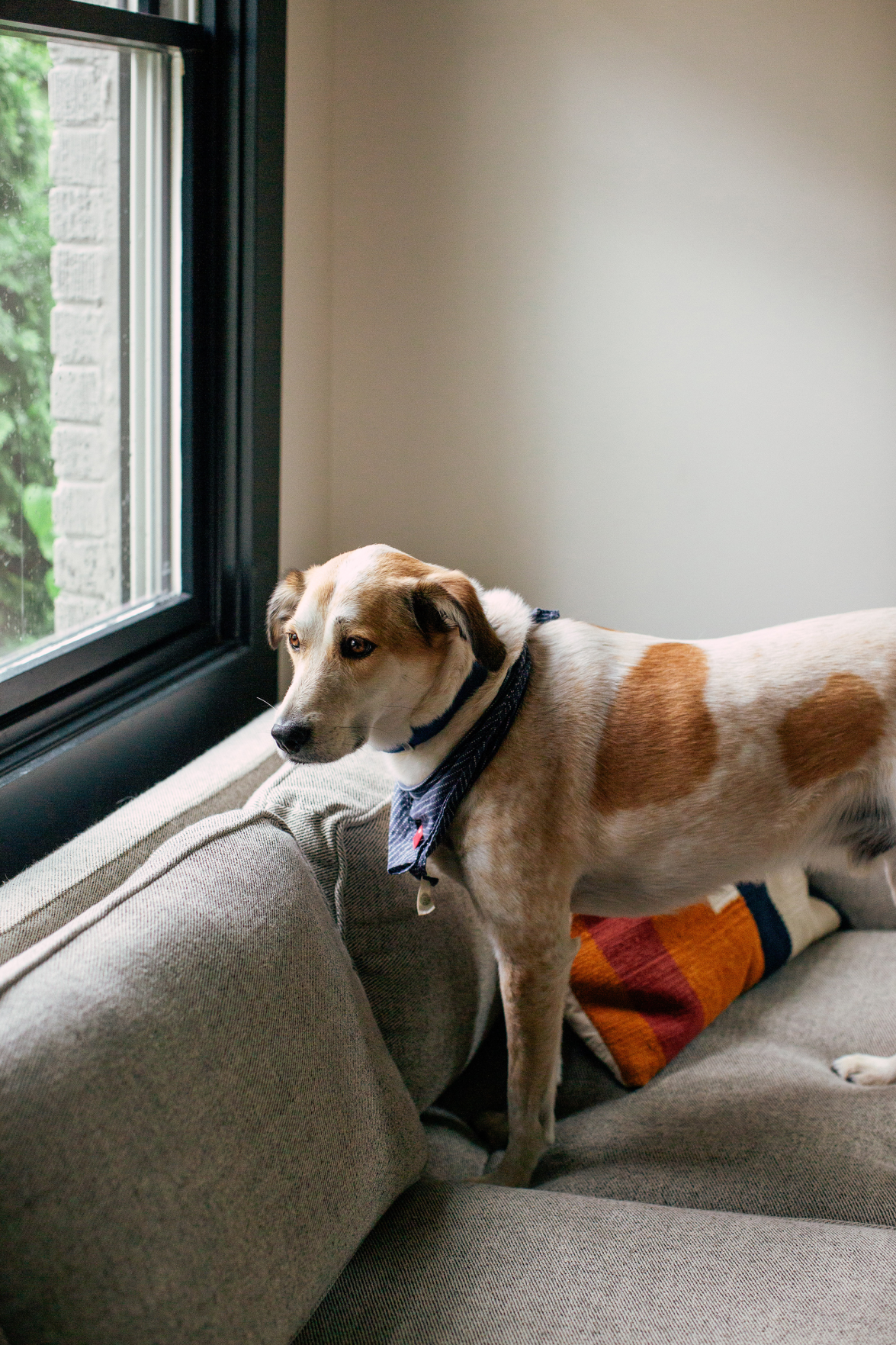 It wasn’t long into the pandemic before the jokes started rolling in — observations about how humans’ lives were turned upside-down, but our dogs, basking in the fact that many pet owners were staying home 24/7, were the happiest they’d ever been.

i have finally narrowed it down. to a few possible reasons. the human is home all the time now

4. can’t stand being away from me

C. loves me so much

We were losing our minds while dogs felt like they were being rewarded simply for existing. Turns out that was only partly true.

“Just like people, dogs are individuals, and I think much like us it was fun for them at first, but some of them were probably over it pretty quickly,” says Kat Martin Ray, a Certified Professional Dog Trainer and the owner of the local dog training and behavior counseling business Dogs and Kat.

“Dogs sleep 12 to 14 hours a day once they’re a couple of years old and older, and I think a lot of time it was hard for them at first to have people home all the time,” says Ray. “Not all of them, of course — some dogs probably thought it was the best thing ever — but I do think it’s overall been harder than we probably realized for some dogs.”

Ray has been a trainer for nearly 20 years, primarily working with dogs and their owners to help prevent and overcome behavioral issues including anxiety. While it’s entirely possible dogs and puppies will experience anxiety or other issues as their humans return to work, school and out-of-the-house social activities, Ray says there are ways to prepare your pet for alone time.

“The first thing, honestly, is teaching people to better understand their dogs by being able to read their body language,” says Ray. “That’s such an important way that dogs use to communicate how they’re feeling.”

Ray cites “calming signals,” a phrase coined by Norwegian dog trainer and author Turid Rugaas, as one form of behavior to look out for.

“[Calming signals are] one of the main things we see when we’re seeing some separation anxiety,” she says. “You’ll start to see yawning, lip licking. Sometimes they’ll sit and start scratching as what we call a displacement behavior. Maybe you’ll say, ‘Go to your crate,’ because you’re about to leave to go to work and they sit and start scratching.”

As important as what your dog does, Ray says, is the context in which the movements are happening. Those sad-AF puppy-dog eyes gazing at you while you eat lunch? That’s not necessarily sending the same signal as a morose dog dealing with depression. Buddy just wants a bite of your sandwich.

“I always tell people there are two main things,” says Ray. “What just happened, and what does the rest of the dog’s body look like? Because it’s always contextual. If the dog is licking you because they want to interact with you, a lot of time that’s attention-seeking behavior. But sometimes — we call it ‘the kiss to dismiss’ — if you get all up in their face and you’re trying to kiss their head they might lick you, but that’s actually a request for you to back off. It’s contextual: What just happened, what were you doing, what were they doing?”

If your dog is showing signs of distress as you begin to leave them home alone again — or for the first time if you’re one of the thousands of folks who adopted a “pandemic puppy” in the past year — Ray says the trick is to help the dog feel safe in the home by designating a space for the dog. Make a place where they can go and relax, and then consistently reinforce that it is a positive place to be.

“Separation anxiety is panic, it’s a fear-based behavior that can have different levels of intensity,” she says. “What we want is for them to be relaxed, we want them to not feel like they have to follow us from room to room and constantly be vigilant and watching our every move.”

“One thing I’ll do is, if the dog is on a walk with a significant other or in another room, I will magically make treats appear on the bed so when they come back into the room they’ll go, ‘Oh, wow! This is a magic space,’ you know? ‘This bed grows treats!’ Anything we can do to positively reinforce those things so they’ll want to hang out there on their own.

“Once they’re going there and hanging out there,” she continues, “you’ll want to continue to intermittently reinforce that behavior forever. I always say you want it to be like a slot machine win. You want it to be unpredictable.”

On Talking Terms With Dogs: Calming Signals by Turid Rugass

Listen to Me!: Exploring the Emotional Life of Dogs by Tricia Hollingshead