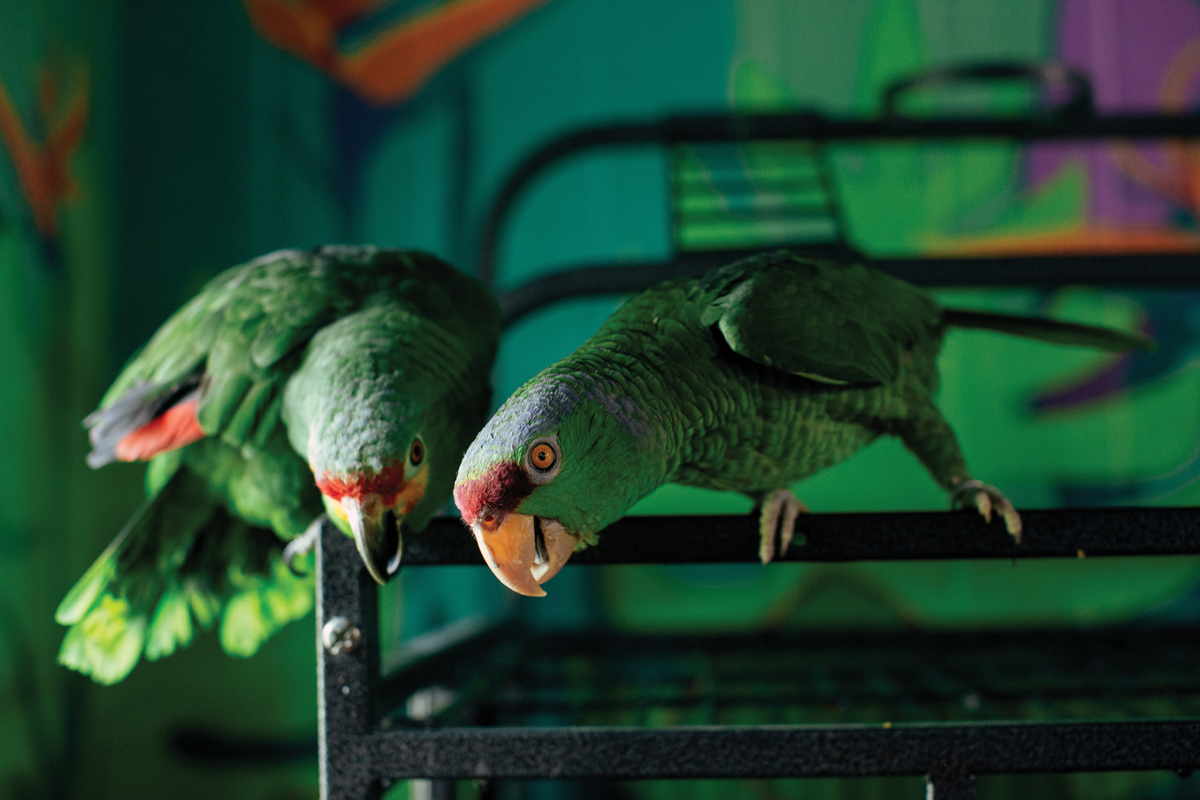 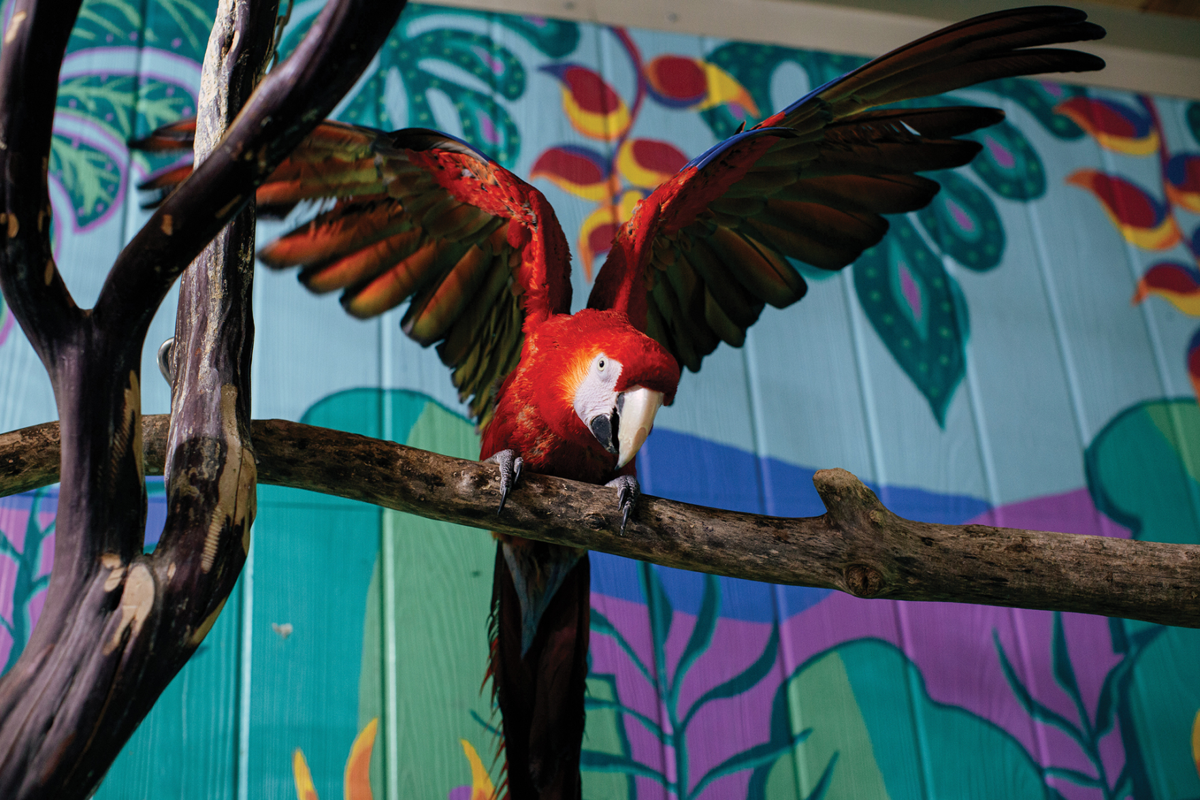 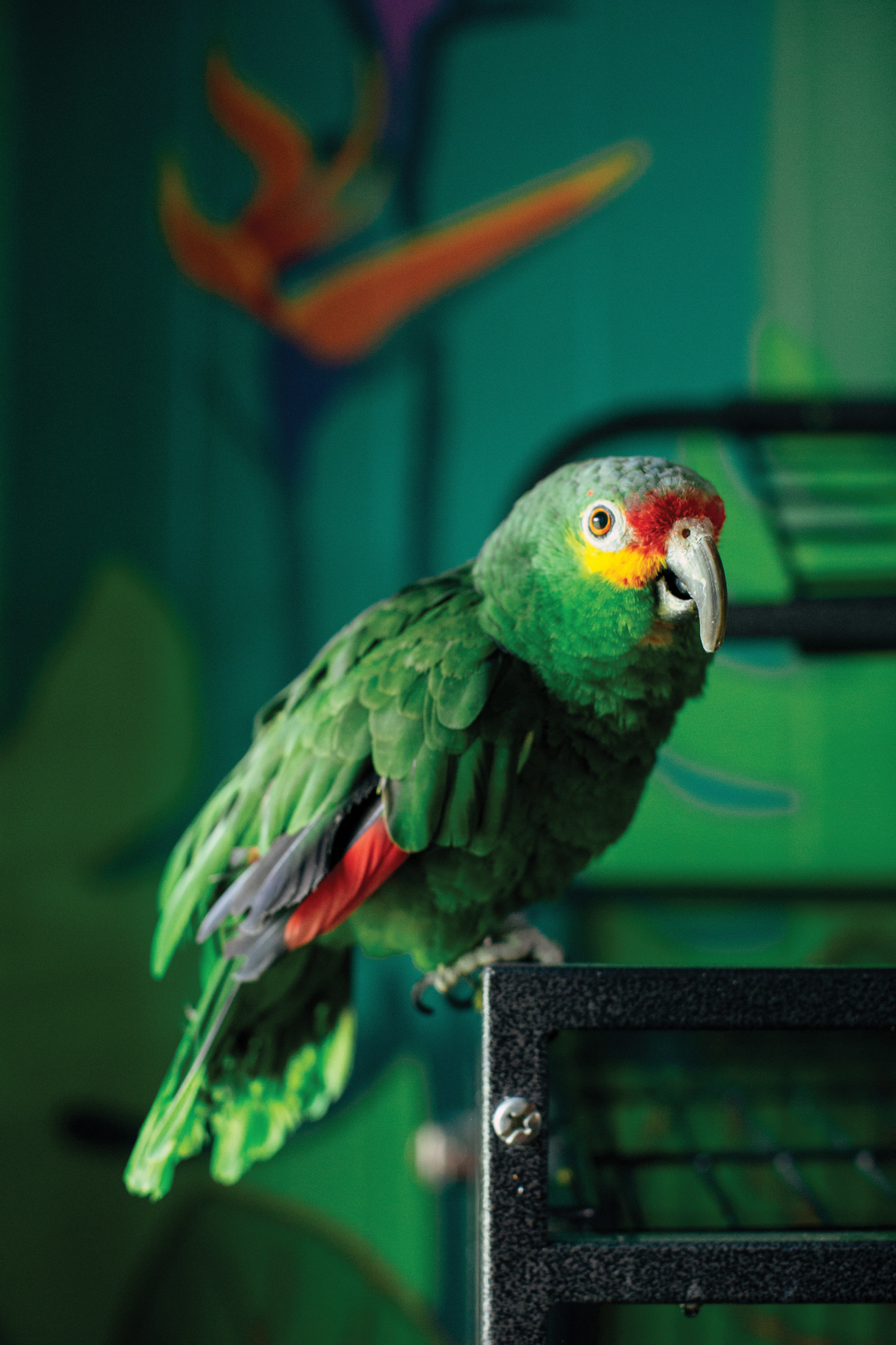 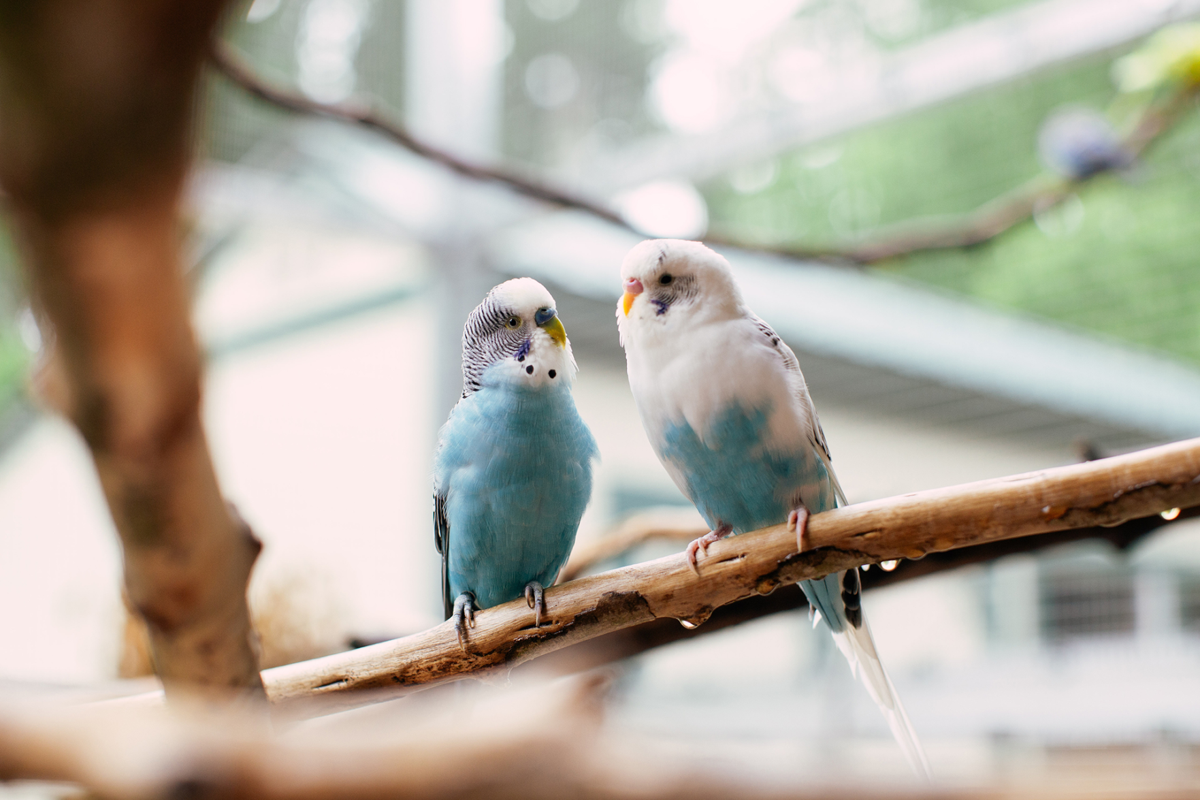 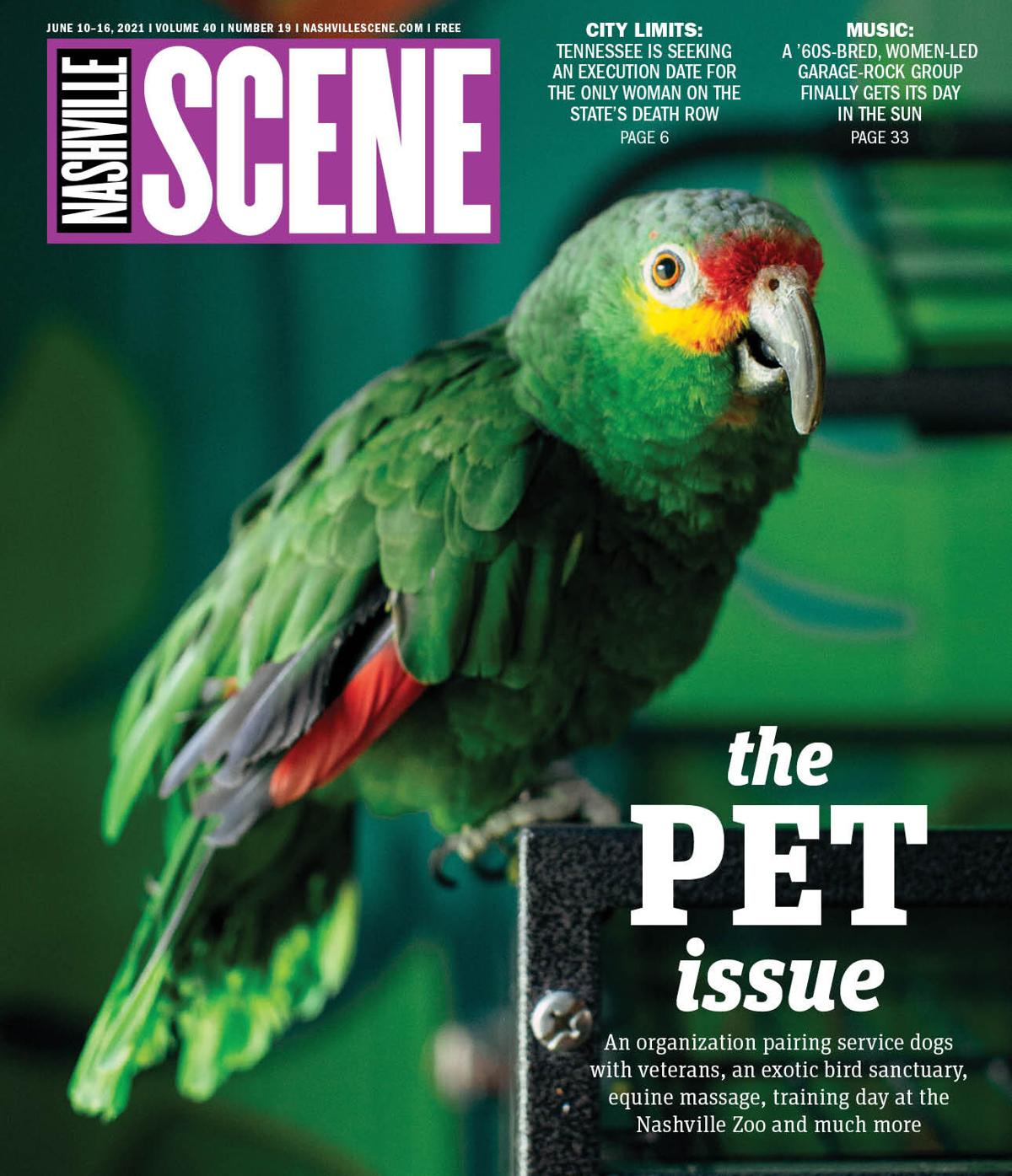 It’s a gloomy day when the Scene stops by the Exotic Avian Sanctuary of Tennessee, but the space is full of bright flashes of color, an array of green and yellow, sky blue and gleaming white. It’s also full of chirps and songs. And at-times-deafening squawks and caws. Plus, there’s an Indian rose-ringed parakeet who will butt into conversations to ask, “Really?”

The skeptical little yellow bird is named Britches, and he’s one of the permanent residents of the sanctuary. He’s also one of the more famous ones, having starred in a slate of videos posted online. Kim Hannah, founder of the sanctuary, says Britches was found somewhere outside Atlanta and adopted. When his family couldn’t care for him any longer, they surrendered him to the sanctuary. It’s a common story — most of the birds are surrenders, placed in care because owners either couldn’t take care of them properly or didn’t realize just how much work it would take.

The barn-like space in Hermitage, decorated with a colorful mural by Charles Key, boasts nine aviaries, with sections devoted to parakeets, macaws and cockatiels. Some of the birds are up for adoption, but others (including Britches) aren’t. The adoption application includes a home visit and education for how to care for birds — they need fruit and vegetables, for example, not a seed-based diet.

“Our philosophy is [that] they don’t really belong as pets, but the ones that are here, we’ve got to help,” says Hannah. (She notes that she prefers the terms “companions” and “guardians” to “pets” and “owners.”)

Hannah says many people don’t realize that birds can be destructive and loud and require specific care, and aren’t ready for that kind of commitment. The cockatoos’ deafening song, akin to a fire alarm, underscores her point. They belong in the skies, not in cages, but since many of them can’t return to the wilderness or their natural habitats, they need help. And Hannah says they’re worth the effort.

“You fall in love with them. They’re incredibly intelligent.”

Some research suggests similarities between parrots’ brains and primates’ . Some studies even see parrots outperforming human children in intelligence tests.

“You have to learn not to push,” says Hannah. “You need to let them have choices, and as long as you develop that trust relationship and give them a choice and don’t force them, you can have a really good relationship. And it’s very rewarding, you know?”

Hannah says that after adopting an umbrella cockatoo in 2002, she began learning how many birds needed rescuing and rehoming. When the Exotic Avian Sanctuary of Tennessee incorporated as a nonprofit in 2012, Hannah was housing rescued birds in her own home.

“I had birds in every room in every corner, and so my board and I got together and said, ‘Let’s look for some land and build a sanctuary.’ ” They found their current spot in Hermitage in 2018, and are already looking to expand again — ideally somewhere outside city limits, where they can have more space for the birds and get less hassle over noise ordinances. The sanctuary relies on volunteers, and Hannah encourages anyone interested in being a bird guardian to volunteer and learn first-hand about the creatures.

The pandemic halted some of the work the sanctuary does, putting a pause on tours and benefit events. While they’ve reopened, they’re still looking for resources, and grants are harder to come by in the bird-rescue game — at least when compared to organizations for cats and dogs.

For all the challenges, Hannah says seeing birds who come in sick and recover, or who are surrendered and get rehomed, makes it worth it. Especially when the birds’ new families send pictures.

“You see how happy that bird is, and you know they’re getting a good diet and they’re loved, and it’s amazing.