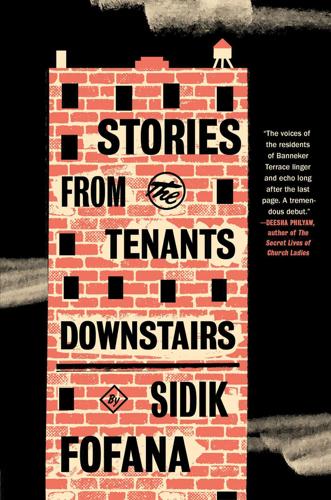 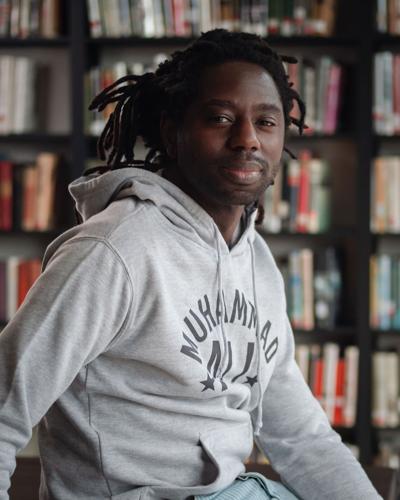 Sidik Fofana’s Stories From the Tenants Downstairs, a debut collection of linked stories, emerges from a doomed high-rise in Harlem. Fofana, a public school teacher in New York City, acts as both storyteller and anthropologist, brilliantly capturing the scrapes, scents and spirit of this gentrifying neighborhood.

The book presents eight self-contained short stories, each written from the perspective of a different tenant. The introduction, which is delivered as a poem with an AA/BB rhyme scheme (much like a rap), seems to be their collective voice: “Everybody got a story, everybody got a tale / Question is: is it despair or prevail?”

Stories From the Tenants Downstairs

The stories are written in first person so that we are launched into the particularities of each character’s life — all within the world of Banneker Terrace. The subject matter and structural style are reminiscent of Gloria Naylor’s 1982 novel The Women of Brewster Place. Both books function as novels conveyed through several short narratives, with characters making guest appearances in other characters’ stories.

For example, “Rent Manual” is told from the perspective of Mimi, a hairdresser who lives in 14D. In relaying her tale, she recounts her experience with Dary, “the gay dude that live in 12H.” We are later offered his experience with Mimi and correlating backstory in a chapter titled “Camaraderie.” It’s crucial to appreciate the breadth of voices represented. They vary in age, sexuality, gender and even class. While some chapter’s narrators have lived at Banneker Terrace for a few years, some have been there many, as is the case with Mr. Murray, who narrates “Federation for the Like-Minded.” He is, in his own words, an old man who has “been here from jump.” The narrators’ interconnectedness is defined by the fact that they see this building as both hell and home.

Fofana, who serves as editor-at-large for The Sewanee Review, writes with an ear tuned to Harlem’s local color — which in today’s gentrified ruin echoes more past than present. “The Young Entrepreneurs of Miss Bristol’s Front Porch” exemplifies Fofana’s adeptness at capturing the cadence and syntactical uniqueness of Black Harlem: “Bernita get quiet and everybody know who in charge again.” The omission of the “s” in “get” and “know” and the omission of the verb after “who” form a crisp Harlemite sentence. And if the reader is unsure of Fofana’s commitment to regional accuracy, his use of the word “lookeded” later in the story should remove any doubt. Even Fofana’s choice of names feels authentically Harlem; his protagonists are called Kandese, LaToya, Bernita and Narely.

Fofana takes this commitment to Harlemite local color a step further in “lite feet.” In this coming-of-age story, Fofana skillfully employs phonetic spelling. This technique conjures up books like Sapphire’s Push, in which words are spelled as they sound, rather than according to standard English orthography. For instance, Najee, the protagonist in “lite feet,” spells circle as “cirkul.” Unlike the orthographical progression in Push, where Sapphire’s protagonist begins to correct her spelling with each subsequent chapter, Fofana’s Najee maintains his grammatical unorthodoxy throughout the story. Yet Najee does develop. His growth is instead demonstrated through a moral shift: “i’m ritin cuz i can’t sleep … i’m gonna rite til deres nothin lef in dis hole notebook.” This is language that sounds alien in the mouth of a 12-year-old, language that bursts the skin of customary teenage angst.

Stories From the Tenants Downstairs aches with powerlessness against tides of gentrification and poverty. At the same time, its boisterous cast of characters seems to embody a new power — the power in telling one’s own story. Fofana pulls us into Harlem YMCA meeting rooms, subway stations, teachers’ lounges and living rooms. In each, we are invited to listen as the residents of Banneker Terrace answer that perennial question: Where are you going, and where have you been?