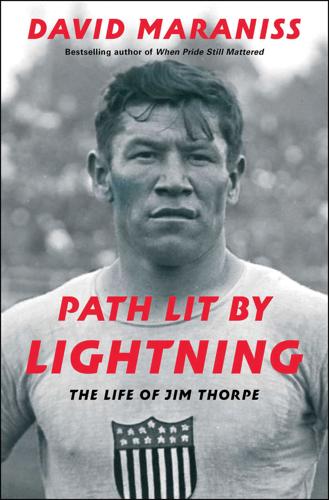 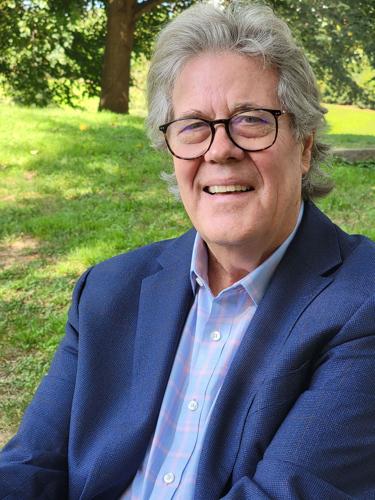 Jim Thorpe’s tribal name, Path Lit by Lightning, is a memento of the stormy night in 1887 when he and his twin brother Charlie were born. In retrospect, the name seems apt for the multi-sport star who rose from obscurity to global renown as the world’s greatest athlete. But as David Maraniss makes clear in his new biography of Thorpe, “There were few natural lights along the path of Jim Thorpe’s life.” His brother Charlie died of typhoid fever when they were 9; his mother died in childbirth several years later; his father, a gambler and bootlegger who showed little interest in fatherhood, died when Jim was 16. Whatever path Jim Thorpe traveled, he lit it by himself.

Maraniss’ Path Lit by Lightning: The Life of Jim Thorpe arrives 110 years after Thorpe’s signal achievement, winning gold medals in the pentathlon and decathlon in the 1912 Summer Olympics in Stockholm. His runaway victories made him the toast of Sweden. Around the world, reporters hailed him as a hero, but even at the height of his fame he was treated as an exotic oddity. Raised in Oklahoma on the periphery of the Sac and Fox Nation — both his parents were of Native American and European descent — Thorpe learned to play up his Indian side, delighting crowds with war chants and rain dances. In reality, he relished the pleasures of hunting and fishing and as an adult became an adept ballroom dancer.

Path Lit by Lightning: The Life of Jim Thorpe

Above all, Thorpe was born to compete. From his early days on the track team for the Carlisle Indian Industrial School in Pennsylvania, where he was sent in 1904, through his decades-long careers in football and baseball, Thorpe flourished on the field and languished off it. Pictures of Thorpe attest to his efficiently proportioned body. Medical examiners, measuring every part of Thorpe’s body to account for his superiority, concluded that he was “the perfect physical man.” In a portrait of Thorpe, which meticulously re-creates his muscular frame, “Thorpe’s body is smooth and symmetrical, an image of athletic grace and perfection.”

Standing in his Olympic togs, as he does in a famous 1912 photo, Thorpe looks impressive. In action, he was fearsome. “His teammates could sense that he was different,” Maraniss writes. “They had seen … the resilience of his body and his resistance to pain, the rare combination of strength, speed, stubbornness, instinct, and agile grace, the hint of danger and spark of electricity.” After Thorpe led Carlisle to a football victory over Army, a New York Times correspondent poetically captured Thorpe’s dominance: Thorpe “simply ran wild, while the Cadets tried in vain to stop his progress. It was like trying to catch a shadow.”

Maraniss presents Thorpe as an exhibit in the 20th-century debate over whether Native Americans should retain tribal identities or be assimilated into mainstream U.S. culture. The Carlisle School was founded on the assimilationist principle, its first superintendent publicly welcoming “our brother in red” (though Carlisle was coed) into “our United States family.”

By the time Thorpe arrived on campus, the assimilation debate had been subsumed by the school’s obsession with sports. In the place of education, football became Carlisle’s primary focus, Coach Pop Warner its most influential figure, and Jim Thorpe its undeniable star. Maraniss describes how Thorpe’s relationship with Carlisle was mutually beneficial. Thorpe used the school as a platform for his Olympic run and as an entrée into professional football and baseball. In return, Warner raked in money for the school by playing away games where tens of thousands paid to watch Carlisle’s “big Indian” run, tackle and kick.

Maraniss deftly handles the central controversy of Thorpe’s career — his being stripped of his Olympic medals when newspapers revealed that Thorpe played semi-professional baseball for two summers before the Stockholm Olympics. The vast majority of athletes and fans saw the punishment as unjust and hypocritical, given that Thorpe made only a pittance for playing a sport that had nothing to do with his Olympic events, and that other countries, including host Sweden, openly subsidized their athletes. The controversy did nothing to dim Thorpe’s popularity. When he toured the world in 1913 to ’14 as part of an exhibition for Major League Baseball, he was the primary attraction at every stop, from Japan to Egypt to the Vatican.

Path Lit by Lightning acknowledges its subject’s imperfections — financial irresponsibility, excessive drinking, indifference as a parent — and how they contributed to his struggles to find employment when his playing days were finished. In his prime, though, Thorpe amazed crowds with performances that inspired “Homeric odes” to his “otherworldly prowess.” Maraniss reminds us that “athletic myths” are inspired “by the desire to rise above life’s ordinariness and associate with the transcendent.” Thorpe’s flaws don’t make him less heroic; they transform an Olympic god into a man we can recognize.