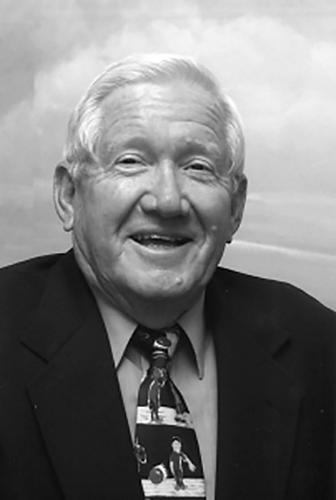 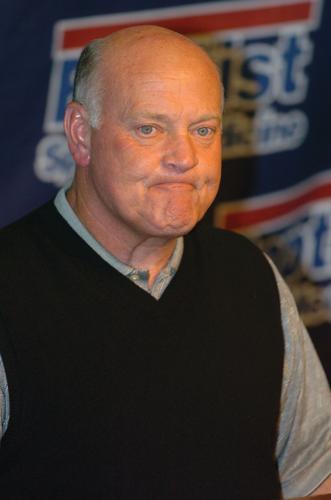 Charlie Anderson won. A lot. Born in Plant, Tenn. — that’s just east of New Johnsonville, where Old State Route 1 and Henpeck Lane intersect, near Bone Hollow, of course — in 1934, Anderson moved with his family to Nashville, where he graduated from Cohn in 1952 and then almost immediately joined the Navy. After three years in the service, he did what thousands of would-be educators and coaches had done before and have done since: He went to Middle Tennessee State. For good measure, he added two graduate degrees from Peabody.

And then the winning started. For the next four decades, Anderson stalked the sidelines all over Davidson County. He coached boys’ basketball at old Central High and old Bellevue. He was the first coach at Stratford, and he coached the Burros at Hillsboro, racking up a record of 409-132. Because it’s rare for a coach to be just the coach of one thing (and it was even rarer then), Anderson also led various schools’ girls’ basketball, tennis, baseball and softball teams and was a football assistant.

Few people have the ability to impact lives beyond football from an NFL front office, and former Houston Oilers/Tennessee Titans general manager Floyd Reese was one of them. Reese died on Aug. 21 at age 73 after a battle with cancer, but he built a legacy through his relationships with people that won’t soon be forgotten.

Sure, Reese was excellent at his craft, and the Titans’ results on the field were proof of that. He was responsible for 111 wins, 11 playoff appearances and two AFC Championship appearances. In addition, he constructed the best team in franchise history in 1999 — the only team to reach a Super Bowl. He also drafted 27 Pro Bowlers, three Rookie of the Year winners and an NFL Co-MVP. But as a person, Reese touched lives in many ways that went beyond simply what happened between the sidelines for three hours on a Sunday afternoon. He cared about people, and he cared about his friends. Perhaps no story better illustrates that fact than the one Titans general manager Jon Robinson shared shortly after Reese’s death.

“I think to speak to the character of what Floyd means to me, when I was interviewing for the job to come home to Tennessee, he picked up the phone and called [then-CEO] Steve Underwood for me,” Robinson said. “The last time Steve Underwood talked to Floyd Reese was when he let him go. That’s the type of man that Floyd Reese was. He believed in me, he believed in what we’re about. … I can’t say enough good things about Floyd.”

Those closest to Reese light up as they talk about how important football was to him. Football was his family, and his family was football. The two intertwined regularly but were never separated in Reese’s mind. Reese was a coach, a general manager, a senior adviser and, later in his career, a radio host. Regardless of what role he was in or what title he had, Reese always sought to make those around him better, and make the environment in which he worked a positive one.

Many former players, coaches and media members typically have a favorite memory or an amusing story that sticks out above the rest. But sometimes, a person’s legacy isn’t boiled down to just one moment in time or a singular instance that made her or him more appreciable than before. Sometimes the person’s legacy lies in the consistency of her or his character. —Michael Gallagher

It always seems like every team that makes a deep playoff run has that one player who comes out of nowhere to shine in the postseason. Atlanta Braves fans of a certain vintage remember diminutive all-glove-no-bat second baseman Mark Lemke hitting .417 in the 1991 playoffs, for example. When the Tennessee Titans miracled their way to Super Bowl XXXIV, that player was Josh Evans. Undrafted out of Alabama-Birmingham in 1995, Evans was a sometimes-starter on that first Titans team. But when the games got big, the undersized defensive tackle (he weighed “just” 275 pounds) got big, too. He had a critical sack against the Buffalo Bills in the legendary wild card game. He had a sack for a safety in the AFC title game against the Jaguars. And he had three tackles in the Super Bowl loss to the Rams.

“I played in a Super Bowl and had a great game,” Evans said in a press release when he retired in 2004, having spent the final three seasons of his career with the New York Jets. “That was a dream of mine since I could remember dreaming. I was blessed enough to experience that. There’s 100 million people growing up wishing to experience something like that, and fortunately for me, I got that chance.”

In 2019, tumors were found on Evans’ kidneys, gallbladder, intestine and pancreas. In June 2020, doctors discovered the cancer had spread to his spine and liver. Josh Evans died Feb. 4. He was 48. —J.R. Lind

Van Heflin didn’t come to West End looking to break down any barriers. He didn’t even come to West End to be a quarterback. Heflin was recruited by then-Vanderbilt football coach Fred Pancoast to play defensive back. But one day, the story goes, he and receiver James Threalkill were on the practice field a little early, and Heflin told the wideout to run a few routes.

Heflin started throwing bullets — picture-perfect spirals with oomph and accuracy — and his friend convinced him to try out for quarterback. Pancoast was impressed and penciled in the freshman as the Commodores’ starting quarterback. In 1978, Heflin became the first Black quarterback to start consistently for Vanderbilt. (Current Houston Texans coach David Culley started a game for Vandy in 1975, but was primarily a backup.)

In a 2015 interview with The Tennessean, Heflin said the fans weren’t exactly on board with Pancoast’s decision from the get-go. “It was crazy because nobody wanted to give me credit for being a great passer. I could pass with the best of them and run and do all the different things a quarterback needs to do. After we played Alabama and I threw three touchdowns, everybody was like, ‘Whoa, maybe he can throw.’ ”

When Whit Taylor arrived on campus in 1981, Heflin moved to running back and led the ’Dores in touchdowns and rushing — though with just 374 yards, because Pancoast’s replacement, George MacIntyre, and his offensive coordinator Watson Brown loved to heave the ball around. Heflin had a brief career in pro football, primarily with the Memphis Showboats of the USFL. After playing corner, quarterback and running back in college, he was a tight end in the pros.

Commemorating some of the irreplaceable Nashville figures we lost this year