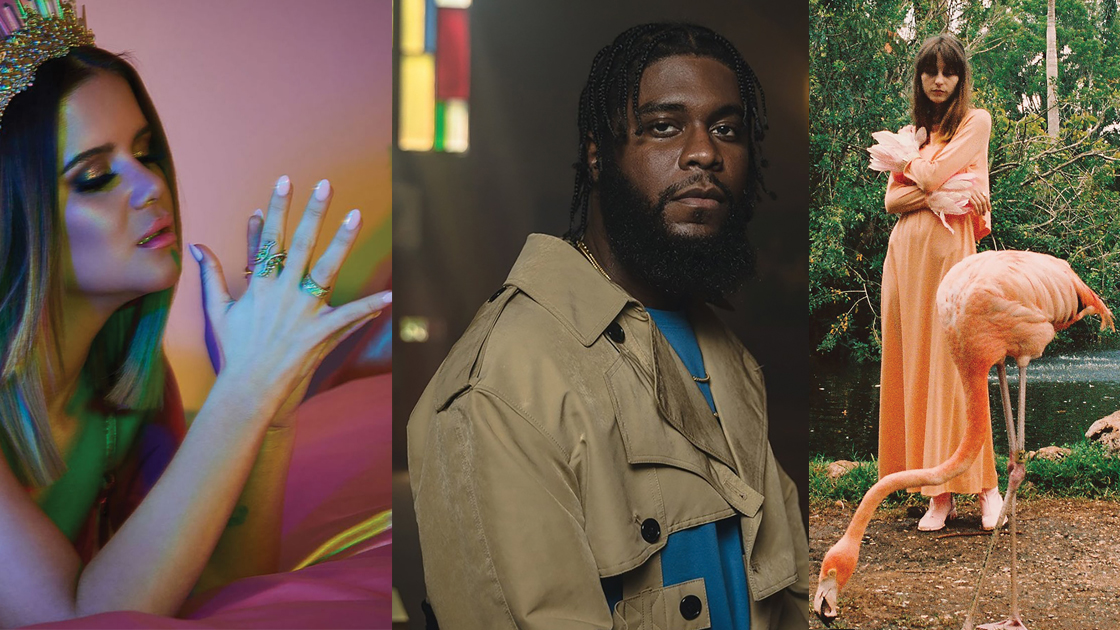 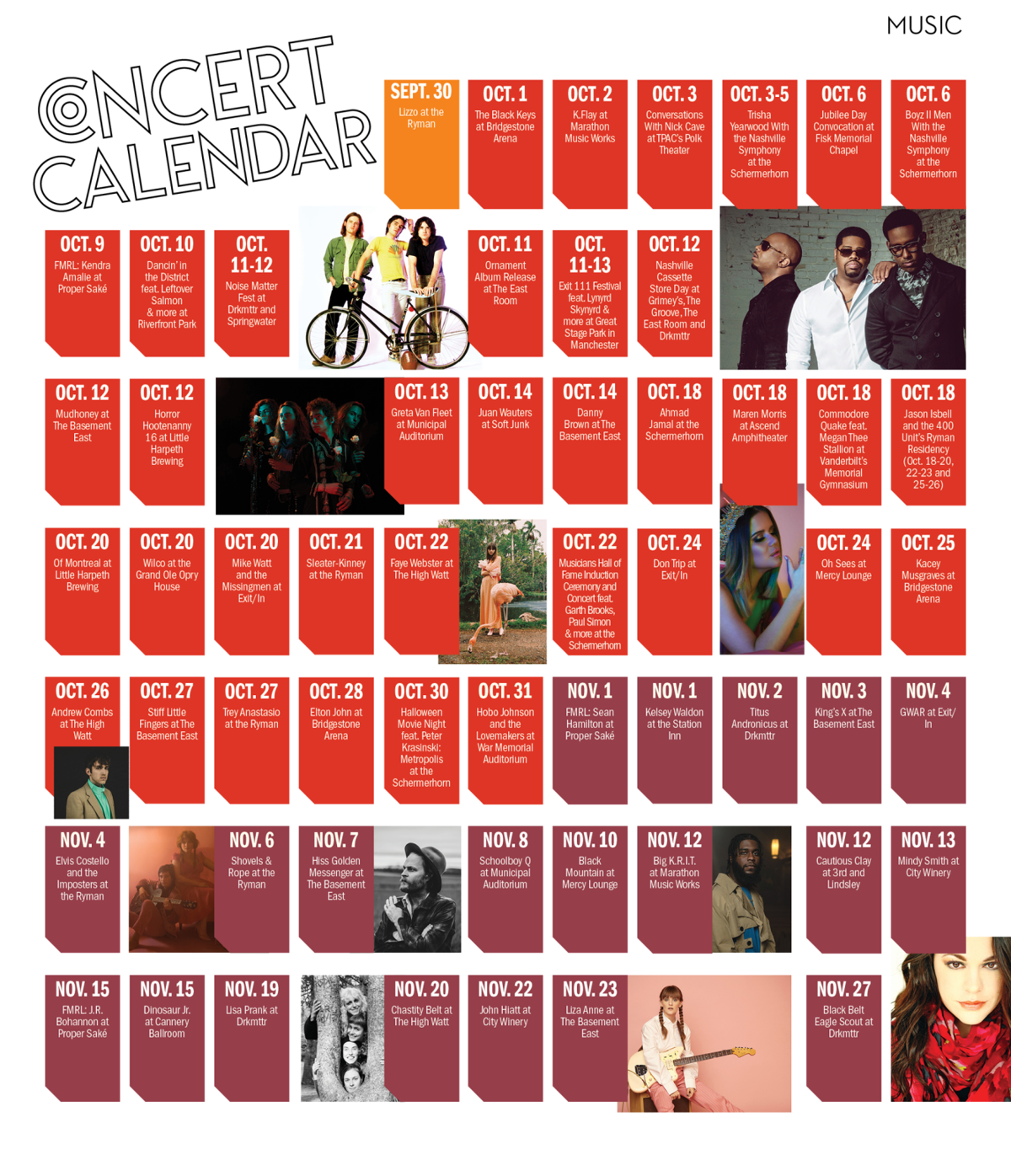 There are tons of notable concerts in addition to Jason Isbell and the 400 Unit's World Series-sized run at the Ryman (get the full skinny on their opening acts right here). We've rounded up a smattering of them for you in a handy calendar. The full list is below, along with additional details on a handful of top picks.

Milwaukee new-media artist Kendra Amalie is a virtuosic performer on the 12-string guitar, but that’s only one facet of the ethereal and intense songs on her new album Intuition. Backed by drums and synth, she’ll play as part of the outstanding experiential and experimental arts programming presented by local nonprofit FMRL — see fmrlarts.org and the organization’s Facebook profile for more.

The leaves may be turning, but Hot Girl Summer continues. Headlining this year’s Commodore Quake is Houston rapper Megan Thee Stallion — the latest in a parade of MCs who prove that women who rap don’t have to submit to a false dichotomy between mad skills and an empowered, seductive persona.

Just a couple of weeks after releasing their 11th studio album Ode to Joy, Chicago’s monsters of folk-rock will make their first visit to Music City as a full band since going on a hiatus from touring in 2017. In addition to cuts from the new album, expect to hear some songs requested through their website prior to the tour.

Through all the lineup shifts and name changes in recent years, the California rock outfit helmed by John Dwyer still puts on one of the wildest shows in the business. They’re coming to town following the release of the whopping double album Face Stabber, which runs the gamut from hardcore punk to prog rock.

In June, the New Jersey outfit released their concise and blistering sixth studio LP An Obelisk. It’s a pissed-off-but-not-hopeless record about squaring up to our myriad social and political problems, and they seem to be making a point to engage a wider audience by playing a much-loved all-ages club.

Nov. 4.: Elvis Costello and the Imposters at the Ryman

On Sept. 11, Elvis Costello accepted the Americana Music Association’s Lifetime Achievement Award for Songwriting at the Ryman, which he referred to as one of the finest singing rooms in the world. Just knowing that he’ll be back may be all you need to convince you to go. But just in case: The songs from Look Now, his 2018 LP with the Imposters, are as rich and tough to pigeonhole as ever.

Mississippi rapper Big K.R.I.T. has been repping the South well for more than a decade, and his latest LP K.R.I.T. Iz Here continues the trend. There’s plenty of Dirty South DNA in the mix, and just as importantly he keeps rhyming about what’s important to him. Maybe that doesn’t yield massive sales, but it’s something to admire.

Georgia-born songsmith Liza Anne chose to follow her instincts and ended up making the best rock album to come out of Nashville in 2018 with Fine but Dying, an LP that is as emotionally literate as it is great for head-banging. Here’s your chance to catch her ahead of her next album project.