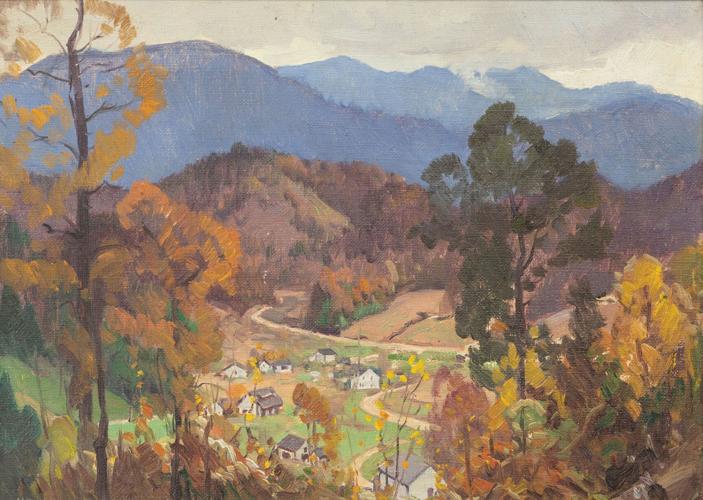 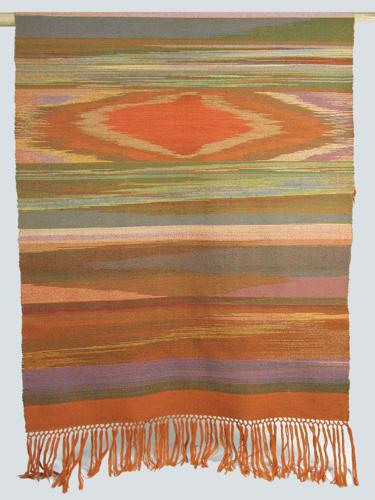 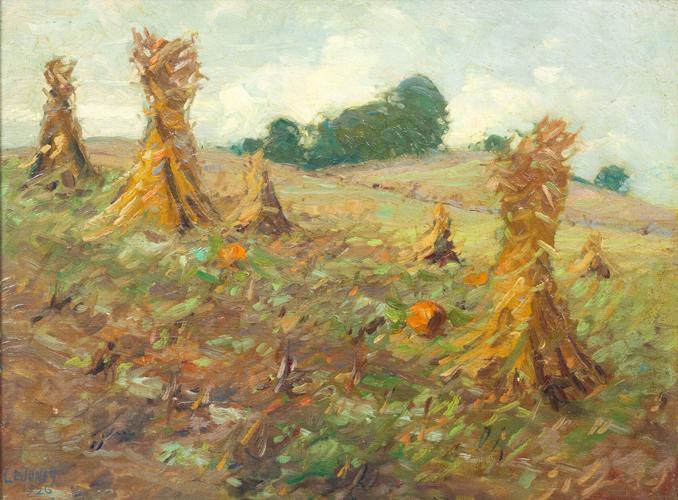 Sometimes when we learn about something, whether it be a problem or a place or anything else, we think it started with our discovery. During the pandemic, we heard about how the National Park Service saw more visitors than ever before, and some of that increased interest was burdening resources, leading to more traffic, more trash and risk to the ecosystem.

When Candice Candeto, museum curator at the Tennessee State Museum, began researching all things related to the Great Smoky Mountains National Park, she learned that the demand to visit the mountain range in East Tennessee was not new at all. Rather, interest had been there since before the park was even created. In fact, more than 1 million visitors headed to the park within its first year of being established, she says.

Painting the Smokies: Art, Community, and the Making of a National Park

On view at the Tennessee State Museum through Jan. 15

“I was surprised by how wide-reaching the love of the Smokies is, and how quickly it took hold,” Candeto says. “That was early in automobile tourism, and it is amazing that people were coming from all over the country to see the Smokies.”

These are some of the things Candeto and her team learned while creating Painting the Smokies: Art, Community, and the Making of a National Park, a two-gallery show on exhibit at the Tennessee State Museum through Jan. 15. The show focuses on the years in which the park was created, between 1900 and 1940. While the exhibit includes many beautiful landscapes in all four seasons, as you would expect from a show with that title, it also goes in depth, demonstrating how the public’s love of a place can be both a blessing and curse. The exhibit tackles issues of eminent domain, racism, sexism and more through the lens of social shifts during those decades. It also offers insight for those living in places, like Nashville, that are going through a period of significant growth and change.

“We all have ideas of what the Smokies are, and this exhibition helps show that there is a lot more to the story,” says Jeff Sellers, director of education and community engagement for the museum. Sellers’ team developed programming to complement the exhibit and help shape discussions, partnering with the Cumberland River Compact and rangers from the park itself. The next lunch-and-learn event in this series will be held at noon on June 23.

The majority of the objects in the exhibition come from the museum’s permanent collection, including paintings by five artists who spent much of their careers documenting the dramatic landscape. All five of the artists happened to be white men — Charles C. Krutch, Thomas C. Campbell, Rudolph F. Ingerle, Will Henry Stevens and Louis E. Jones — so Candeto and her team sought out works to balance the collection and present a full story of the Smokies, she says. These include weavings, baskets, photography and other period objects by Black artisans, women, and artisans from the Eastern Band of the Cherokee. A bench from a church in Cades Cove — the valley and popular tourist destination — and a few other items are on loan from the park itself.

The exhibit is designed to appeal to museumgoers of various backgrounds and to make art accessible even to those for whom wandering a museum is an infrequent pastime. Color-your-own postcards, available at the end of the exhibit, help connect visitors to the ways people shared their trips to the Smokies before the age of Instagram. The paintings show the park in various settings. If you look closely, you can see the communities that were displaced when the park was established.

The story of the national park’s creation was complicated and complex, Candeto says. People lived and worked in those mountains and were forced from their land through eminent domain. Some of their homes and communities can be seen today in the Cades Cove area of the park. This displacement took place during the Great Depression, a particularly difficult time to uproot families and send them off to find new jobs and new homes. The exhibit doesn’t include exact numbers, but Candeto estimates approximately 5,000 people faced this fate.

“An important part of telling the story for us is that we wanted to leave people with this idea of how we are shaped by the places that we love, but also [how] we shape those places and …  impact the places that we love,” she says. “The people who lived in the Smokies were one of the great allures. People from outside the Smokies were interested in the culture, and creating the park impacted that culture.”

At the end of the exhibit hangs a panoramic photograph of the dedication of the national park. Candeto describes it as a happy photo, as it is of a time of celebration. A crowd listens to President Franklin D. Roosevelt speak, the mountains in the background. And in the foreground, there are piles of litter. “Even from the very beginning, when the park was being dedicated, you have this real consequence on the landscape,” Candeto says. “I hope this exhibit encourages people to be aware of the ways we impact a place. We want to think about how we love a place, not just why we love it.”