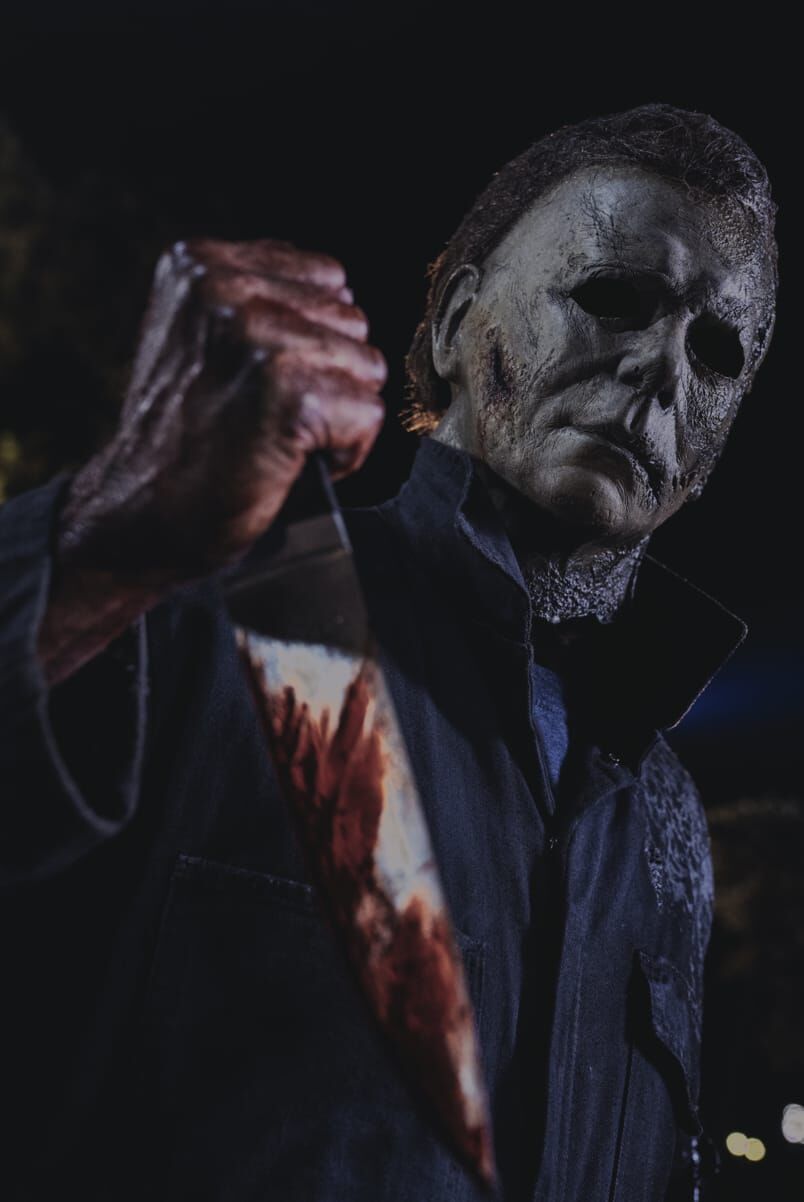 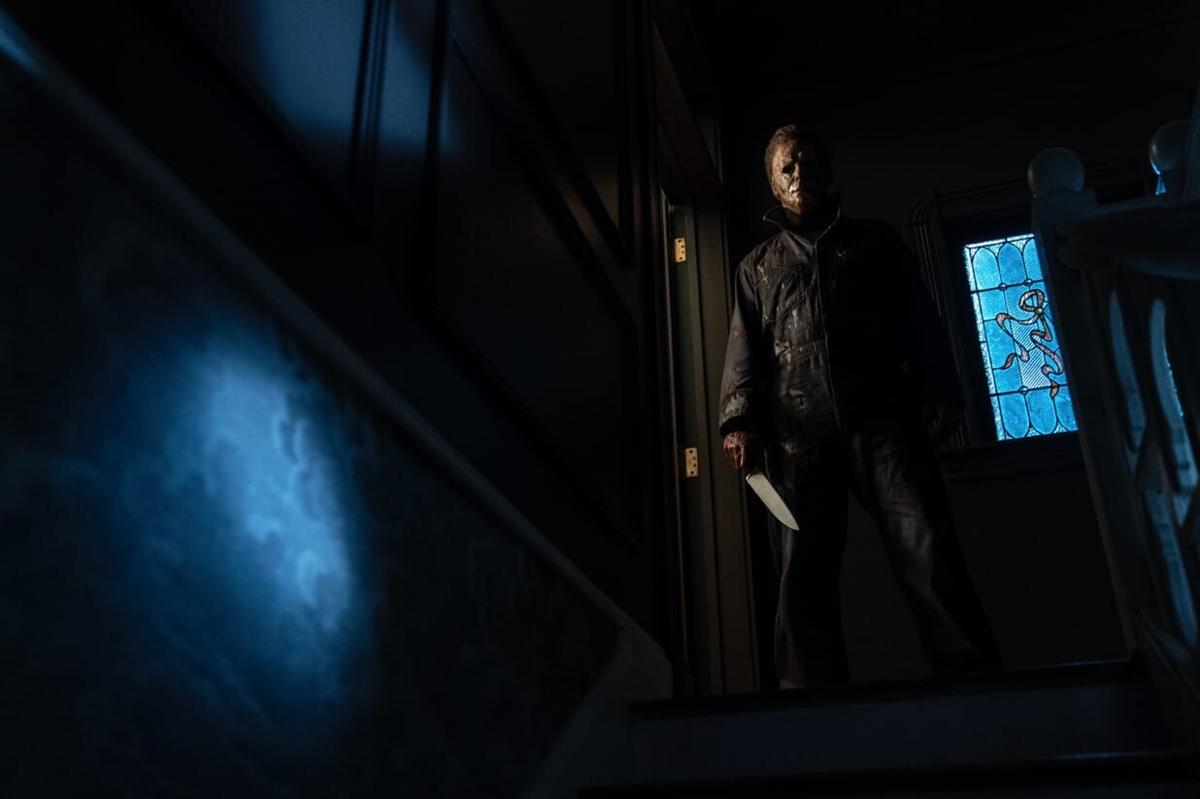 The bar for Halloween sequels is not too terribly high, a fact that Halloween Kills takes great pains to wrap itself in like a fur coat with tire treads across its back. Aiming for the temporal structure of Godfather II but somehow also being the Rise of Skywalker of the Halloween series, this is such a tonal and narrative mess that it already feels like it’s retconning itself out of existence before you’re even past the first reel. Ostensibly written by the same creative team as 2018’s Halloween (Scott Teems, Danny “Bust-Ass From All the Real Girls” McBride, and director David Gordon Green), Halloween Kills is so at odds with every narrative point in its predecessor that it feels like one of those instances where Writers’ Guild rules mean that none of the people who actually wrote on the film get screen credit.

It comes across like it was made by people who’ve never seen a Halloween film at all, much less made one of the better sequels, and I can’t wrap my head around it. This script so badly misunderstands nearly every character in the film that it pulls a Back to the Future Part II on all of them. Marty McFly suddenly being a hothead who sees red when he gets called a chicken is one of the worst, most movie-killing choices in the history of blockbuster screenwriting. But that pales in comparison to how poorly conceived Halloween Kills is.

Thanks to AMC (the network, not the exhibitor), I’ve seen Halloween 4 and 5 more than any of the actually inspired efforts in the series — same as when USA Up All Night would run several Friday the 13th sequels back to back over the course of an evening. There’s something really reassuring about a background slasher that spans bunches of characters and several years. Like a liturgical moment in a church service that has been part of your life for so long you can’t help but respond to it on a cellular level, even though it’s not really relevant to who you are or your aesthetics right now, the quality or lack thereof is irrelevant. It’s a sustained mood unbound by the passage of time.

The teens and 20-somethings blundering their way through operatic skirmishes with sex and drugs, who may have once been aspirational, are now tropes to be analyzed or lightning rods of naivete that you nod at. Slasher movies are gutbucket Dionysian sparagmos, and they’re significantly healthier for society than true crime or police procedurals — both of which have normalized sexual atrocity and inhumane violence way more than Michael, Jason, Freddy, Chucky, Candyman, The Hell Priest, Madman Mars, the Leprechaun, Angela or Ghostface have. And that respectable, safe, traditional space is the best thing that can happen to Halloween Kills. Its destiny lies in the middle of a marathon on basic cable, blending in with its siblings in a pudding of memories of thrills, its array of narrative sins forgotten during the commercial breaks, its transgressions unnoticed as it occupies a vaguely familiar and menacing space in the living room.

So maybe I’ve reached the point where horror sequels are for me like my great-grandmother was with her stories — Days of Our Lives, General Hospital, Passions; you know, soap operas. That’s how I approached the Saw and Final Destination series, and how I’ve been approaching the MCU since 2008. They’re traditional rites you take part in, and even when they suck, they scratch that itch until the next one comes along. The way you know which ones are your favorites is because they’re the ones for which you make the effort to keep track of the many narrative twists and turns. And if the filmmakers do the work, it can be something truly exceptional. And if not, you can embrace the subgenre of the Body Count film. Think 2009’s My Bloody Valentine 3D, which was visually imaginative but also had two completely separate massacres before the opening credits had even finished. Though it’s a disappointment in just about every way, Halloween Kills deals a lot of death.

The 2018 Halloween did a lot to pare down a bunch of sequels’ worth of drama and tragedy, for better and for worse. In the process, Jamie Lee Curtis’ Laurie Strode became a survivor of a massacre on Halloween night, 1978. Paranoia and PTSD left her deeply messed-up, a gun-nut hermit with a deeply alienated family who never got a chance to have a normal life. That’s the secret to those golden-age horror films, you know — the entire outside world and Life and Death, all playing out by High School emotional rules.

It’s weird how the nostalgia for the ’70s and ’80s allows us as viewers to experience time periods where we didn’t have traditional adult obligations. This is also part of why the last time period anyone can get slasher nostalgia for is the '90s, because between 9/11 and the 2008 financial catastrophe, the Aughts were the time when it became impossible to disassociate economic and social circumstances from the background of our ornate murderscapes. We can’t help that we process things differently now.

The 2018 Halloween opened with a visceral summoning — a rotted pumpkin reconstituting itself from slimy muck, finding vigor and strength in undiluting the evolutionary dead ends of countless other timelines and alternate histories. It wasn’t just a powerful symbol, it was a promise. Moreso, it introduced a world of the traumatized, the clueless, and the self-interested exploiters, which is the one aspect of the 2018 film that Halloween Kills decides to run with and intensify, eschewing nearly everything else that worked or resonated with audiences and fans. It’s as harsh a view of humanity as anything in the series, even Rob Zombie’s still-controversial re-envisionings. (Note: Rob Zombie’s 2009 Halloween II is an exceptional film that deals with the emotional space that the new trilogy is just exploring.) And Kills carries with it the sense that there is nothing to be saved. Though it feels unintentional, there’s a deft awareness to Halloween Kills that the principles we build community on are lies, exaggeration and ash. And as we attempt to pull together, everything collapses into fragmented phalanxes of angry people with too many guns who won’t listen to anybody else, and who insist on Making It About Them.

This is a politically incoherent film, to an extent we haven’t seen since The Dark Knight Rises, and it’s fueled by the awareness that everything’s gone too far to fix. Michael Myers isn’t climate change, or neo-Nazis, but he’s a walking Kobayashi Maru bent on disassembling the American way of life, and he has that toxic energy of internet commenters that just want to destroy everything — embodying the Pyrrhic instinct that defines modern discourse and also seems to be annihilating this film from the inside out. Much was made of Anthony Michael Hall stepping in for Paul Rudd in the part of Tommy Doyle. Rudd played Tommy in 1996’s The Curse of Michael Myers, one of the more awful films in the series, and I have no doubt he took a look at this script and respectfully declined, because again — this sequel is as misguided as it is up its own ass. It wants so badly to be a profound statement about humanity, but the fact that no one stepped in at any moment in the development process and pointed out any of the script’s deep flaws is itself a profound statement, and one that offers no encouragement.

What exactly do you want from a horror sequel? Is it to check in with characters you’ve spent meaningful time with in the past? Is it to perform ritual ablutions and offer up new blood on ancient altars? Is it to share the experience with your friends, delighting in the process and its trappings? Is it to mock the stupid decisions of others? The thing about slashers is that even the worst efforts satisfy some, sometimes even all of those objectives. I saw every Saw movie of the initial seven on opening day, and I hate those fucking movies. But there was something about the tradition that made it stick.

Is Halloween Kills completely worthless? No. Because one person you expect to get killed survives, and it’s one tiny smart choice amid an approach that takes most all of your old favorites and introduces them to a bipedal Cuisinart. There’s also a refreshing amount of screen time given to the gay couple who’ve remodeled the old Myers house and who just want to spend Halloween watching Minnie and Moskowitz, getting stoned and messing with the kids who attempt to prank them. They die horribly, but they actually get more character moments than anyone else in the whole film, including all of the leads, and have a very provocative Pietà mini-corpse-gallery sequence (cut to Anne Murray, because someone did their emotional homework). So that’s two things that don’t feel catastrophically ill-conceived.

Disorganized, narratively and tonally at odds with itself, and disappointing in so many ways, Halloween Kills takes its place alongside the lesser sequels, inessential and meant to dwell in the dusty corners of box sets. I’ll still see the trilogy-concluding film Halloween Ends, though, in the sincere hope it renders this “effort” obsolete. A bad slasher never kills the genre. A bad sequel never kills a franchise. And you can’t keep Michael Myers down, but Halloween Kills sure did try. And David Gordon Green made 2000’s George Washington, which is a fact that becomes stranger and stranger as time passes.