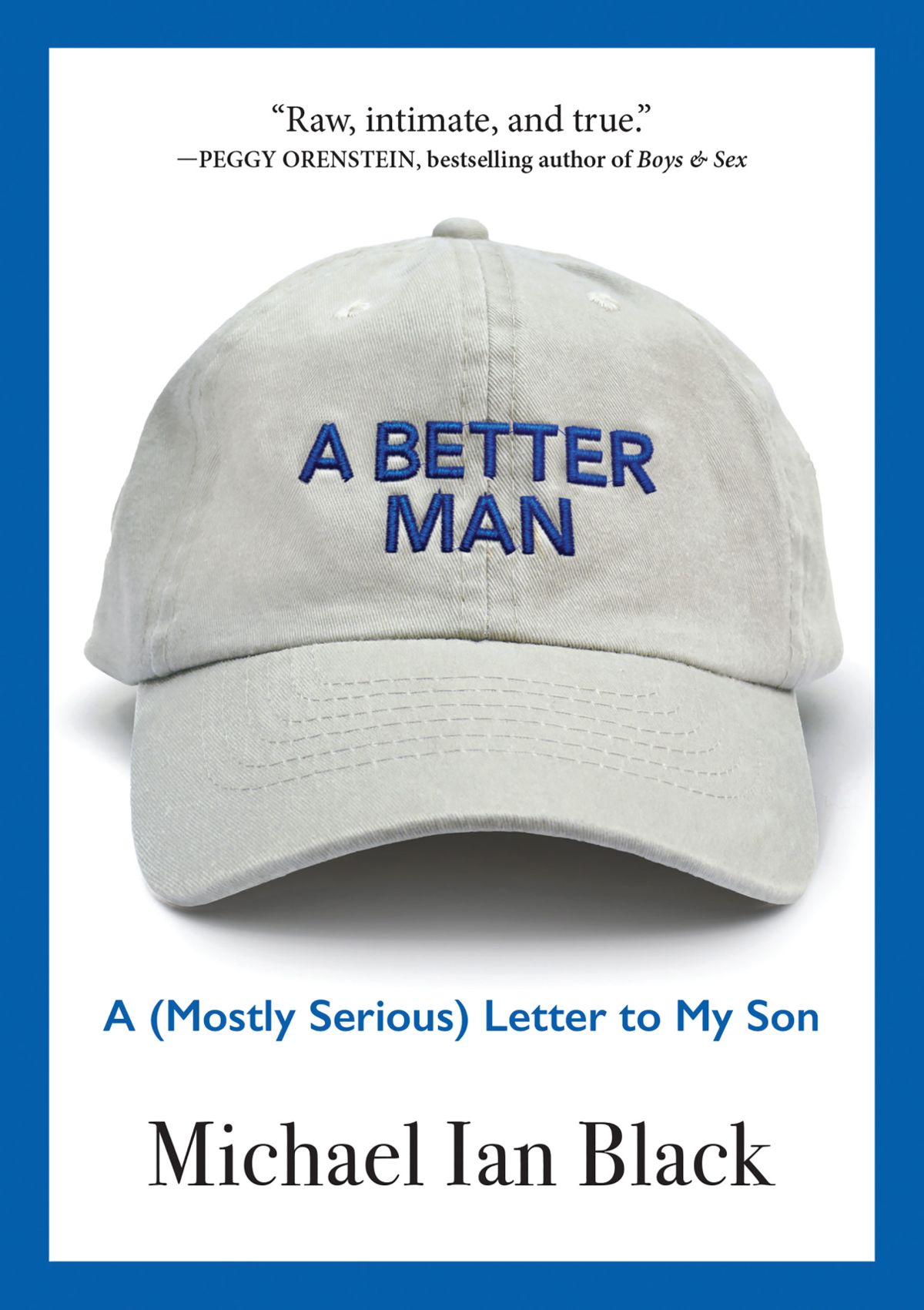 In his introduction to A Better Man, Michael Ian Black tells the story of sending his young children off to school one morning and a short while later seeing reports that shots had been fired at another school nearby. That school was Sandy Hook Elementary, where 20 children and six adults were gunned down by a 20-year-old man. Black uses the trauma of that day as a way into thinking about how our culture damages boys and men. “Mass shootings,” he writes, “are only the most sensational manifestation of our peculiar male dilemma: traditional manhood funnels the full range of male emotion into two channels, anger and withdrawal.”

In spite of that grim beginning, A Better Man is a tender, funny, hopeful book, conceived as a letter to Black’s 18-year-old son and dedicated to “tomorrow’s boys.” Through a mix of memoir, comic commentary and fatherly advice, Black makes the case against the cultural pressures that harm men, from impossible ideals of strength and independence to what he sees as damaging rhetoric about toxic masculinity. (“You’re not toxic, although I admit, you don’t always smell so great after track practice.”)

A comedian, actor, screenwriter and director, Black is the author of 11 previous books, including Navel Gazing and A Child’s First Book of Trump. He answered questions via email.

You write that traditional masculinity is a form of drag and that “the only thing separating RuPaul and Chuck Norris is glitter.” Gay men have always recognized and played with macho stereotypes. Is it possible for a straight guy to put on masculine drag in a healthy, self-aware way?

Absolutely. There’s no getting around the fact that all of us “present” ourselves. We adorn ourselves in whatever costumes we choose to communicate things about us we wish to communicate. You can wear the boxiest suit and tie every day and still understand that you’re playing a role to a certain extent, because all of us are, all day and every day. That doesn’t mean it’s artifice. It just means that we understand we’re always communicating with other people.

Your idea of the “Infinite Axis of Manliness” might be the funniest (and saddest) thing in the book. Can you explain it a little and tell us about the genesis of it?

The book is bracketed by stories about mass shootings, and you talk about the “astonishing arrogance” of such an act. If the culture feeds white male arrogance — and it sure seems to — how can a parent combat it in a child?

I wish I knew. I talk in the book about modeling. Being the person you want your child to become. (Or at least pretending to the best of your ability.) And I do think that’s important. But a parent can only model so much. There are so many other influences out there, some of them apparent, like friends and peers. Some are less visible: the culture in which we are born and the deep histories to which we all belong. It’s very hard to escape that stuff. And honestly, I’m not even sure the goal is to escape so much as it is to understand, acknowledge and learn.

You write, “Men often end up stifling the best parts of ourselves ... to maintain our place in a pecking order that serves no purpose.” Can a society exist without its pecking orders? What does your ideal world look like when it comes to gender roles?

I don’t envision a platonic ideal of gender equality, just as I don’t envision a platonic ideal of social equality or income equality. Those goals are unattainable because the ideal is always unattainable. What we can do, though, is rethink traditional gender roles so that we inch closer to a world in which men feel free to be their full selves, which means understanding, accepting and even welcoming their own vulnerabilities.