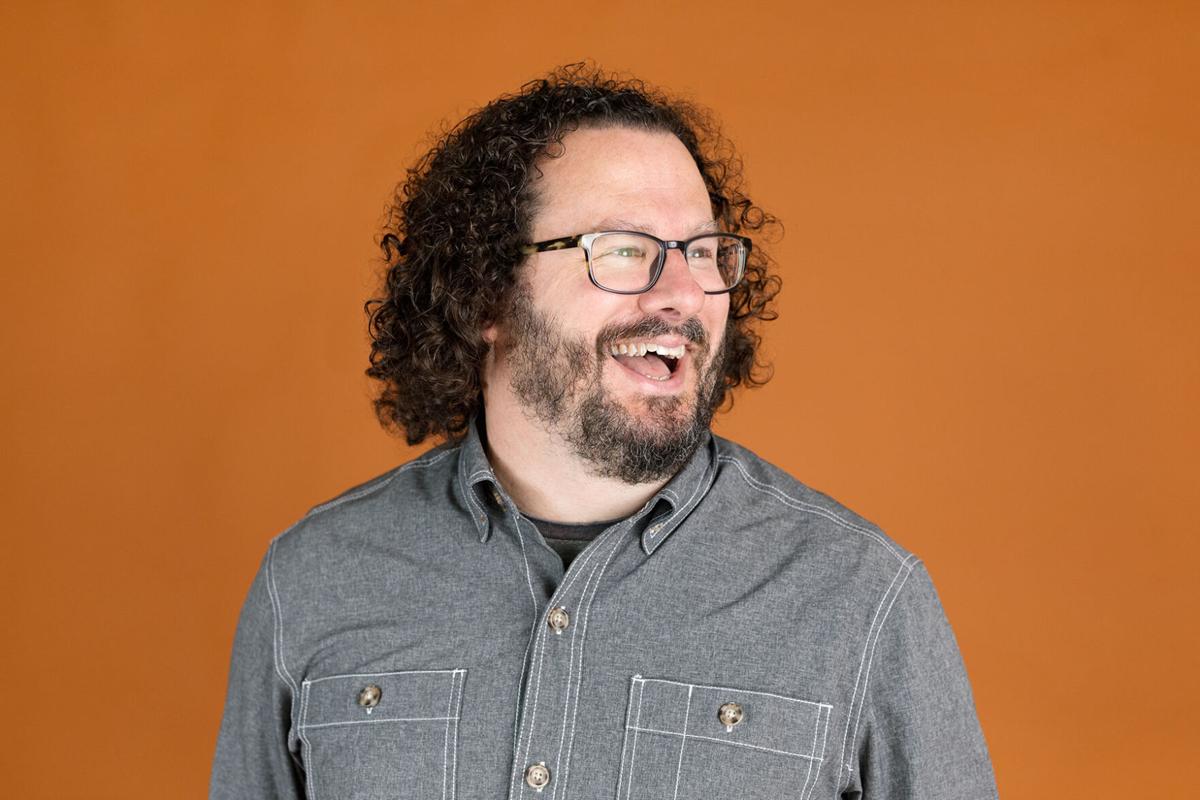 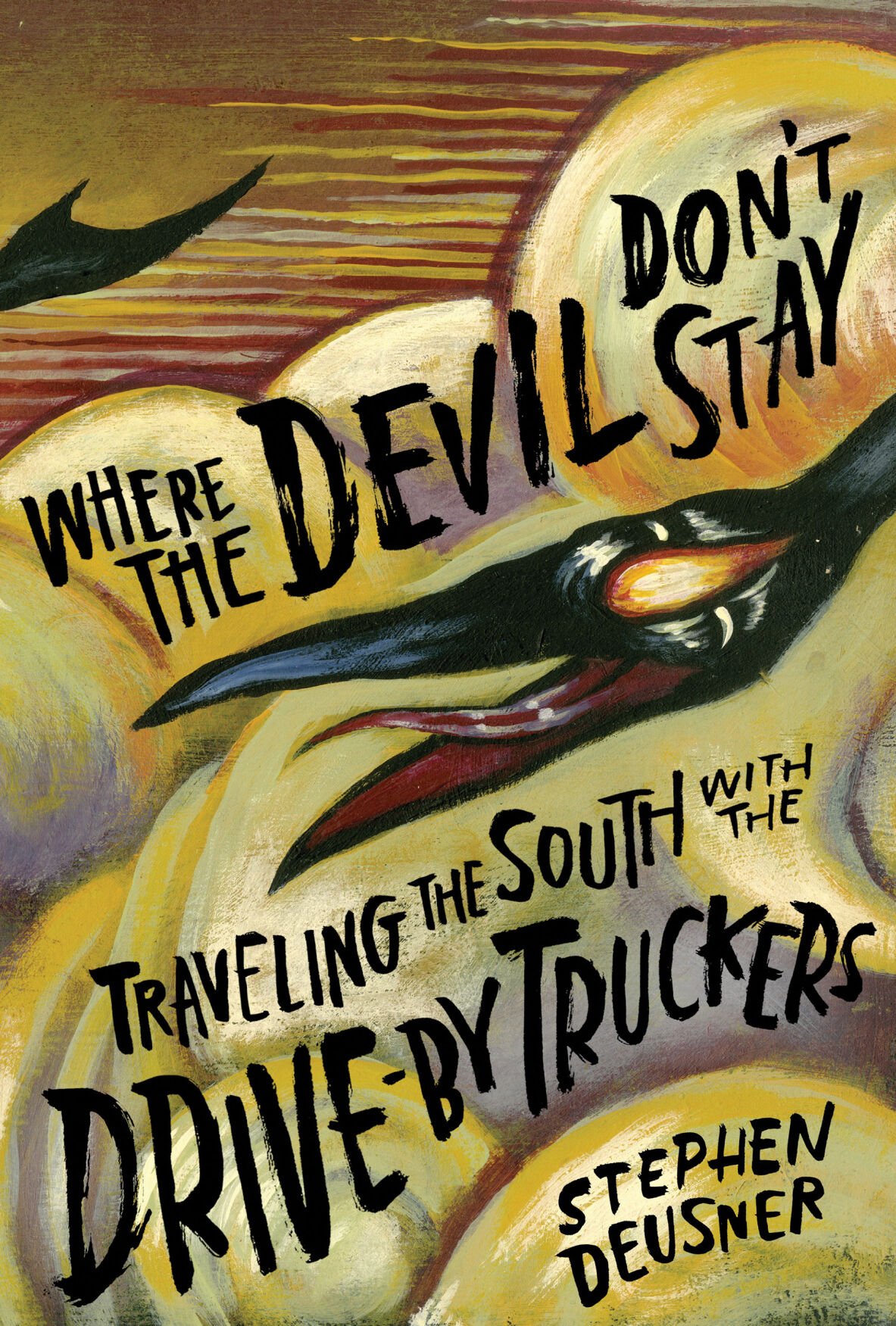 Where the Devil Don’t Stay: Traveling the South With the Drive-By Truckers, music journalist Stephen Deusner’s saga of the greatest American rock band ever (there, I said it), is filled with wonder and wander.

Wonder, as in it’s a wonder how Patterson Hood and Mike Cooley persevered through the hostile indifference toward their early musical endeavors to even form the Drive-By Truckers. First at home in the Shoals area of Alabama and then during “a brief, miserable sojourn” in Memphis, Hood and Cooley were thwarted and denied, their music ignored, their vehicles stolen and stripped for parts. Their souls and psyches fared even worse. Serious depression set in, darkness descended. Hood was suicidal. It’s a wonder — a miracle, really — they didn’t just do what the world was telling them to do and bag it. How many other bands would have? How many other potentially great bands we’ve never heard of did?

Of course, then we would have been denied a quarter-century canon shot through with myth and truth, courage and dark humor, and Southern storytelling worthy of the masters of the page but set instead to loud guitars.

Deusner does a crack job of chronicling the wonder of it all: how the Drive-By Truckers came to be, at once haphazardly and by design; how a band with a name like that became synonymous with socially aware, politically astute and deeply insightful songs of empathy and knowing; how they named and navigated, explained and explored the “duality of the Southern thing,” in Hood’s famous phrase, as a loud Southern rock band and survived with their hides intact.

Where the Devil Don’t Stay: Traveling the South With the Drive-By Truckers

It’s a book worthy of the band’s catalog, as essential in its way as such classic DBT albums as Southern Rock Opera, Decoration Day and American Band.

But best of all is how Deusner frames the story: He wanders.

He sets each chapter in a specific place that was central to the band in some way — including The Shoals; Memphis; Athens, Ga.; Birmingham, Ala.; and the author’s native McNairy County, Tenn., the setting for multiple DBT songs.

“It’s kind of a travelogue,” Deusner said during a recent Memphis appearance to promote the book.

It was an inspired decision, for all sorts of reasons. This is a band shaped by a region, raised on its thorny past, and attuned to its tense present. But they also know it as home — and as a place that’s produced much of America’s most significant (and thrilling) writing, art and music. Complicated place, the South, and the Truckers have set it to song, inspired and unsparingly, again and again.

As Deusner writes in the introduction:

"The idea of place has always been inseparable from the Drive-By Truckers. It determines how I hear them, how I think about them, and how I recommend them to readers and friends. I’m not alone. In fact, in order to fully understand their music, it helps to consider it in geographic and cultural terms, each song depicting another acre of their Dirty South."

This travelogue approach also allows Deusner to linger or roam, as the spirit of the story moves him. Or circle back, as in the Memphis chapter. As young men, Hood and Cooley were demoralized and nearly destroyed by the city. But it also, Deusner surmises, educated them on matters of race in ways their smaller-town upbringings had not. They lived in Memphis during the 1991 mayoral election in which Willie Herenton became the city’s first elected Black mayor, beating incumbent Dick Hackett by 172 votes.

At chapter’s end, the Drive-By Truckers are something of a rock institution, returning to Memphis to record their 12th studio album, The Unraveling. By now, Hood and Cooley are increasingly writing of national concerns — mass shootings, the border crisis, income and other inequalities, the drug epidemic and, yes, race.

In the Athens chapter, Hood, working and playing in a club called the High Hat, “started to dream up a new band, one with no fixed lineup and no rehearsals, one that could swing from hard-crunching southern rock to jangly acoustic alt-country, one that would specialize in barely keeping it between the ditches: raw, powerful, gloriously sloppy.” And so the band was born and named and began to become a bit of a thing. In Birmingham, they recorded Southern Rock Opera, a crackpot idea: Wait, a concept album about Lynyrd Skynyrd, sort of, but really about the South itself, in all its duality? What?! By an obscure band whose previous albums were called Gangstabilly and Pizza Deliverance? But it’s not enough to say the album made the band. It was essential to their survival and to everything that followed.

And back in The Shoals, they … well, read the book. It’s all in there, the story of a great American rock band.

To read an uncut version of this review — and more local book coverage — please visit Chapter16.org, an online publication of Humanities Tennessee.