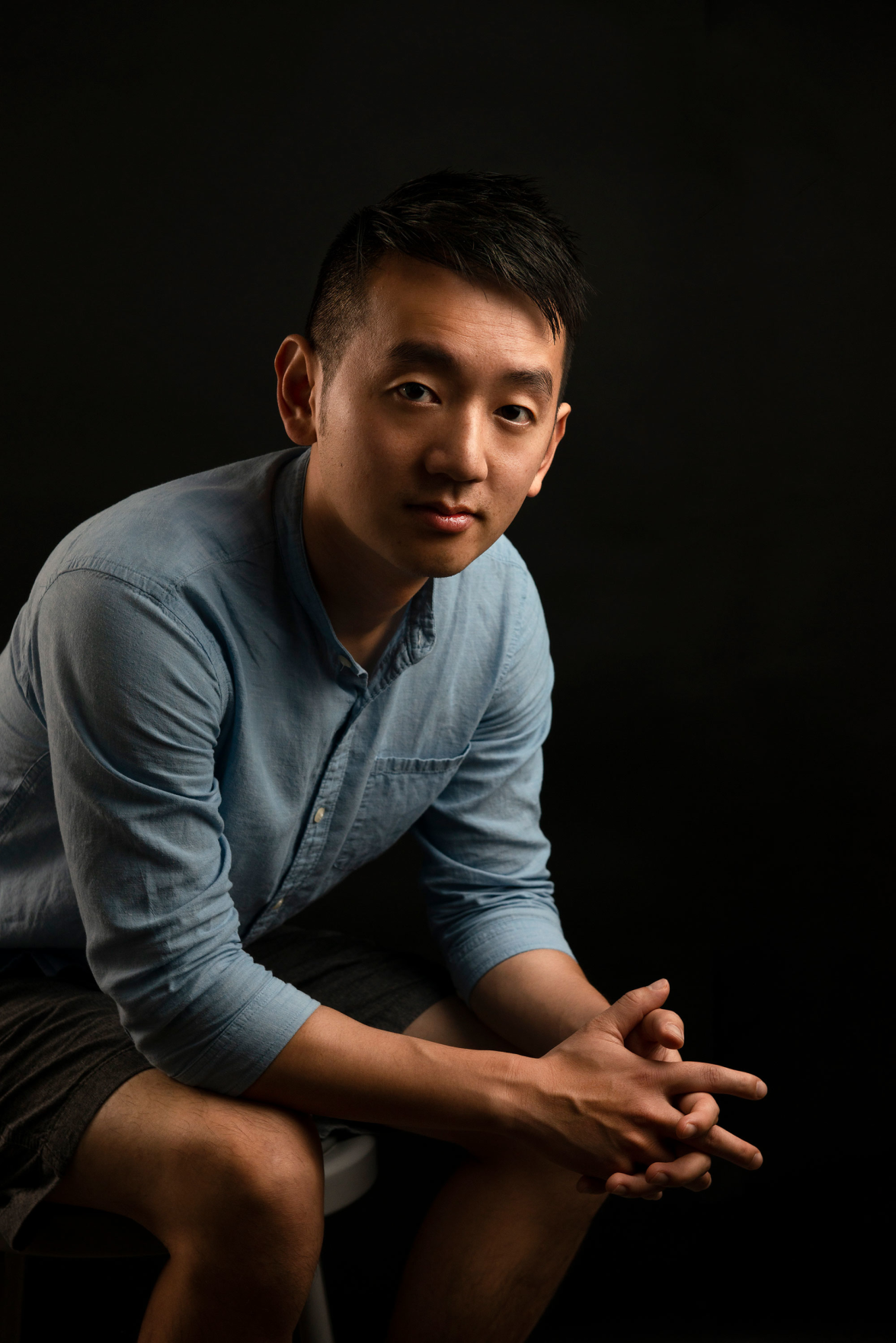 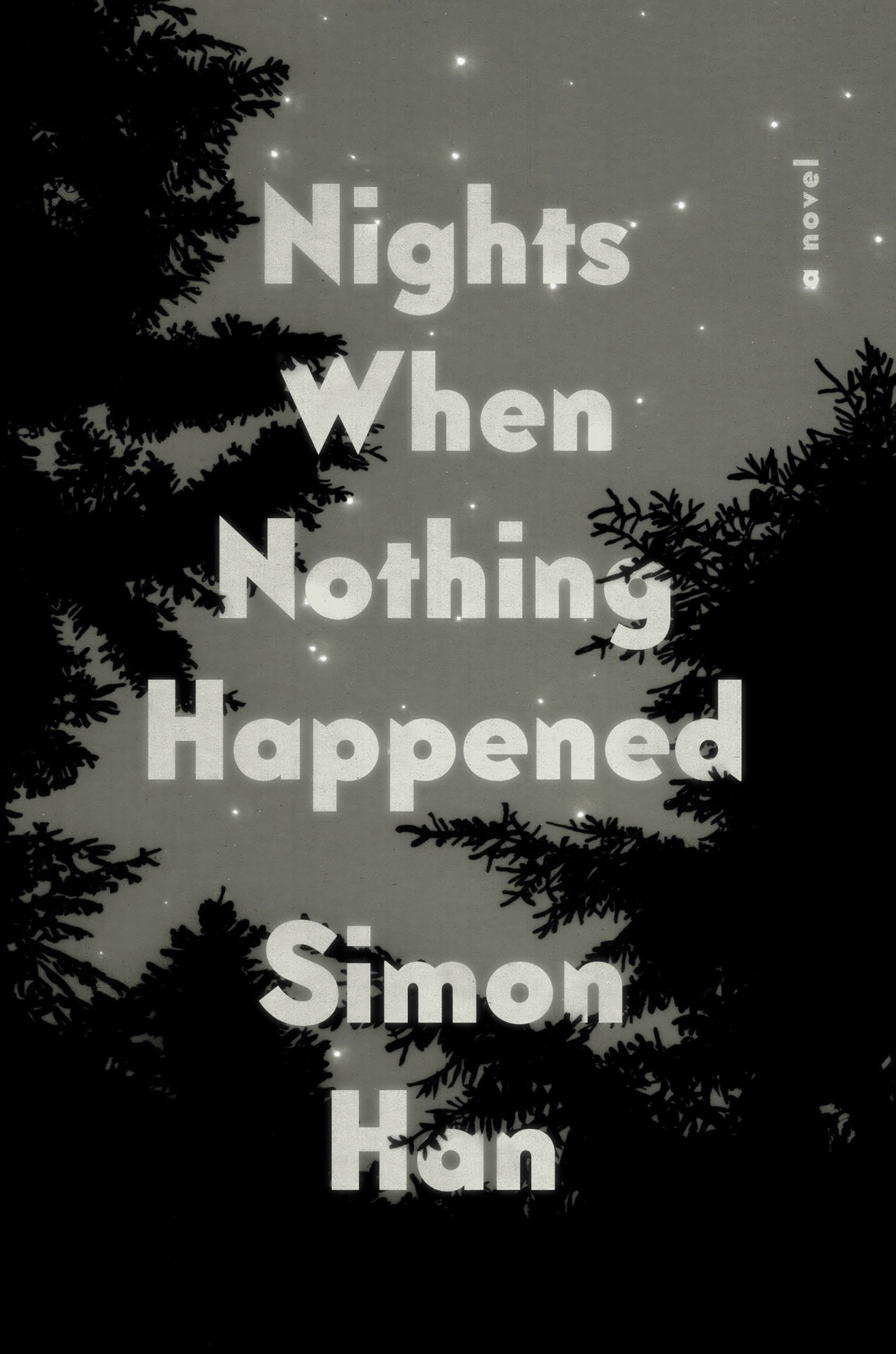 Simon Han’s appropriately titled debut novel, Nights When Nothing Happened, is a beautifully rendered meditation on what it means to belong — to a family, to a culture, to a particular place and time. But it is also an exquisitely written examination of living between two worlds.

At age 6, protagonist Jack Cheng — having spent his earliest years in Tianjin, China, with his grandparents — is sent to join his parents Patty and Liang, immigrants starting their lives in Plano, Texas. As a child, Jack is unable to comprehend the decisions adults make, and when his life in a multicultural city and a multigenerational family is upended, he feels responsible: “Jack had made his grandparents frail, too frail to come with him. Maybe it wasn’t all his fault for being a dâodànguî (a troublemaker), maybe his leaving was, as he’d been taught to believe, inevitable. He was going to live with his parents, who seemed to him not people so much as a destination he did not want to visit.”

Shortly after Jack’s family arrives in Texas in the early 2000s, his mother gives birth to a baby girl named Annabel, and Jack’s life is altered once again. On an early November morning a few years later, Jack wakes up to the sound of a leaf scraping the sidewalk and then wonders whether his mother had come home from work the night before. As he wanders downstairs, out the front door and into the night of their suburban neighborhood, we sense this is routine for him. Eventually, he lights on one of his little sister’s slippers in the neighbors’ front yard. She sleepwalks.

“Jack Cheng knew about protection,” are the opening words of the novel, and as immigrants living in a suburb outside of Dallas, “protection” concerns everyone in the family. In middle school one day, Jack finds himself imagining (or uttering?) the words “I’m scared.” After class, he wonders whether he had been the speaker: “Jack should not have been scared. His parents had decided to live in Plano in order not to be scared. Plano had the lowest crime rates in Texas, highly ranked schools, churches bigger than schools, lighted tennis courts, malls that closed before 9:00 p.m.”

As we learn more about Jack, we understand his feeling unprotected by his busy and distracted parents. But most importantly, he protects Annabel. She even calls him “Daddy”: “He sidled beside her, a slipper in each hand. He was Annabel’s protector, but sometimes he did not know what to do with his hands.” His sister’s sleepwalking is a metaphor for Jack’s suspension between two worlds — China and America, child and adult, individual and member of a cultural community: “But Annabel had started at one place and ended at another and there was a story in-between that he wanted to learn, a story available only to him, not even to Annabel.”

Han, a graduate of Vanderbilt University’s MFA program, writes prose so lyrical and beautiful it’s easy to lose the trail of narration. We forget whether we are in Plano or Tianjin, so masterfully subtle is the shifting between settings and time periods. In the end, it doesn’t matter. This novel begs for rereading to absorb the details of place and time and character that may have been missed while meandering through the gorgeous descriptions: “He pressed here, he pressed there. A strange thought came to him: maybe the heartbeat he was feeling did not belong to him but to the grass, and to the earthworms slithering beneath. If he followed the trail of heartbeats (between the neighbors’ lawns) he would find the other slipper.”

The first reading of Nights When Nothing Happened is meant to be a marvelous journey between the worlds of Jack’s childhood, made up of fear and safety, loneliness and isolation, imagination and identity. A second reading allows interrogation of some larger questions: How might a person be a stranger even among kin, and how does one assimilate into one’s own family? We might also question the notion of assimilation itself. After all, home is a state of mind and belonging is a universal motive.