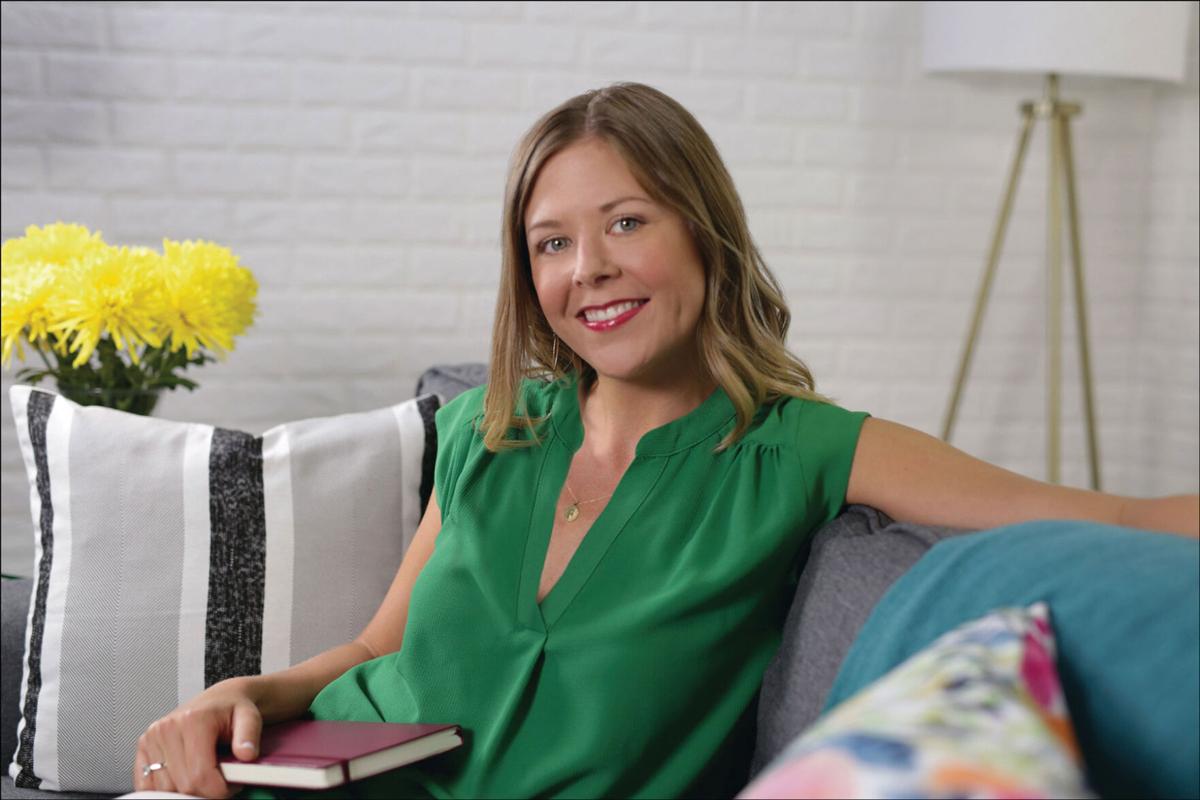 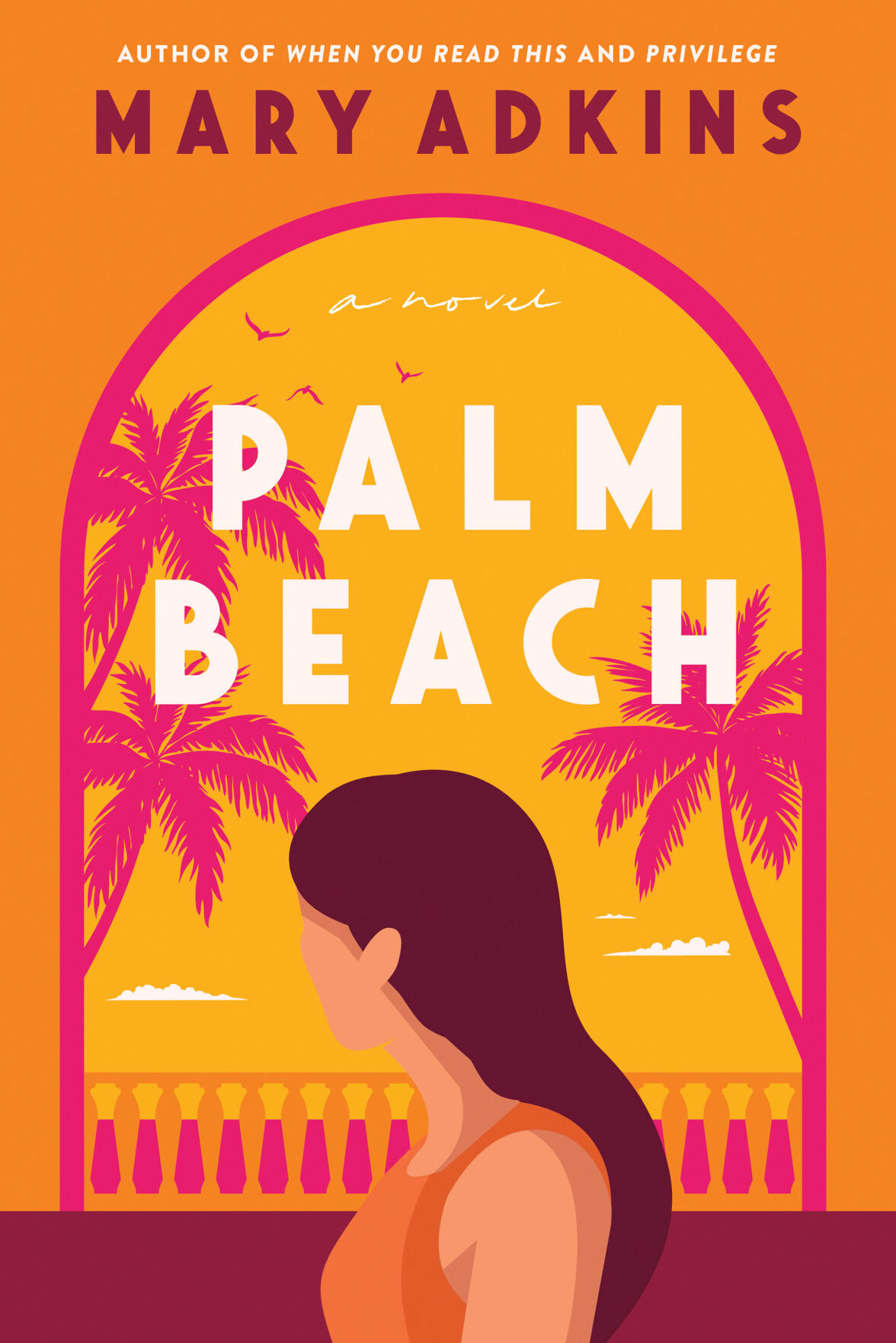 Rebecca and Mickey, the married couple at the center of Mary Adkins’ novel Palm Beach, think they already know about the lives of the ultra-wealthy. As a journalist, Rebecca specializes in stories that focus on the “massive, yawning gap between the well-to-do and the barely-getting-by.” Mickey, a New York stage actor who supplements his theater income by working as a caterer, observes the foibles of the rich in their native habitat.

When they move to South Florida and become enmeshed in the affairs of billionaires, however, Rebecca and Mickey learn that the boons and burdens of wealth are more profound than they imagined. They also discover that money is a faulty shield against the buffets of fate.

Crises in their personal lives push the decision to move. Rebecca has given birth to their first child. A freelance writer, Rebecca has no maternity leave and janky health care. Mickey, whose powerful voice landed him roles in Broadway musicals, develops a vocal hemorrhage and, after surgical complications, faces the prospect that his stage career is over. When one of Mickey’s catering clients, billionaire Freddy Wampler, offers him a six-figure salary to become the “house manager” of Wampler’s Palm Beach estate, Rebecca and Mickey pack up their Queens apartment and fly south.

The plot thickens when Cecil Stone, even wealthier than Wampler, lures Mickey away by offering to double his salary. For the first time in their married lives, Rebecca and Mickey buy new furniture and a new car and eat at nice restaurants. Their lives become further entangled with the Stones’ when Cecil’s wife Astrid asks Rebecca to write her “memoirs.”

Adkins unfolds the narrative as a series of ethical dilemmas, beginning with the choice to work for Cecil Stone, a “vulture capitalist” responsible for gutting shopping malls and newspapers. “Working for someone doesn’t mean endorsing what they do,” Mickey argues. Rebecca disagrees but eventually goes along with Mickey’s choice, in large part because she wants to glean information about the Stones and their coterie for her online column in New York magazine.

As in Adkins’ 2020 novel Privilege, Palm Beach is centrally concerned with class divisions, particularly how the system’s winners fail to comprehend the struggles of the working class. After a frustrating encounter with Mr. Stone, Rebecca thinks, “What was it with rich people and the refusal to acknowledge that demographic factors largely determined wealth?” Rebecca tries to make the Stones see that there are alternatives to profit-maximizing, rapacious capitalism, but they merely smile and nod. To them, she is simply a “show pony,” a testament to their open-mindedness.

The presence of Astrid raises interesting questions about wealth and gender. Astrid tells Rebecca the story of her ascent from Mississippi farm girl to Wellesley graduate and later success as the owner of a vineyard. Rebecca finds much to admire. “Astrid Stone wasn’t pretending not to care about money,” Rebecca says. “She didn’t seem to be pretending, period. … Men tended to be unnerved by women that direct.” Despite her appearance of candor, Astrid is cagey when it comes to the secrets of her financial windfalls. No one, it appears, rises to the .01 percent without taking dubious shortcuts.

More divisive than gender issues are the generational conflicts that arise over the ethics of capitalism. Rebecca, who was raised on a farm in Tennessee, rebels against her parents by becoming a vegan. She rants to everyone about the evils of industrial farming, but “it was easier for Rebecca to forgive strangers for eating ham, dairy, and eggs than to forgive her own parents for producing” them. The Stones’ daughter Elle similarly “threw a tantrum” during college about her father’s exploitation of labor.

As Mickey becomes acclimated to the Stones’ excesses, his work drives a wedge between him and his wife. He is not bothered by serving $35,000 bottles of wine at lunch or by the capitalist predations that enable such a lifestyle. “I don’t care that he’s a billionaire,” Mickey tells Rebecca. Rebecca pledges, somewhat facetiously, to continue “speaking truth to power,” but when a crisis involving their son poses a financial problem, she is tempted to commit the very ethical transgressions she has spent a lifetime decrying.

This novel about wealth becomes a story about health — who can afford the best health care and who suffers from our inequitable system. Rebecca tries to explain to Stone the connections between poverty and health, but he rejects her logic. “I’ve had cancer four times,” Stone says. “And it hasn’t stopped me from steadily increasing my net worth.”

Adkins’ contrast between the two couples brings the ethical questions into relief, but at their core they represent choices that everyone faces: How do we balance work and life? What compromises are we willing to make for the well-being of our families?